Qatari club Al Sadd have made a desperate attempt to try and keep manager Xavi, who is strongly linked to the vacant Barcelona job, by sharing Instagram stories of fans wanting him to stay at the club.

The former Barcelona and Spain midfielder is widely expected to take over at the Camp Nou after the Catalans sacked Ronald Koeman on Wednesday, with the LaLiga giants ninth in the Spanish top-flight after a 1-0 loss to Rayo Vallecano this week.

AS report that club legend Xavi wants to say a proper farewell to Qatari club Al Sadd but could land in Barcelona on November 4 and either be presented on that date or the following day. 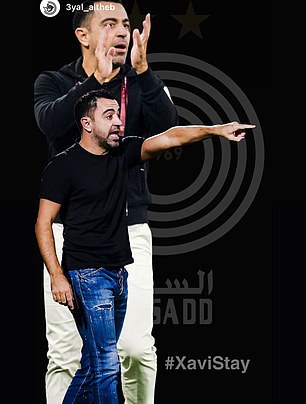 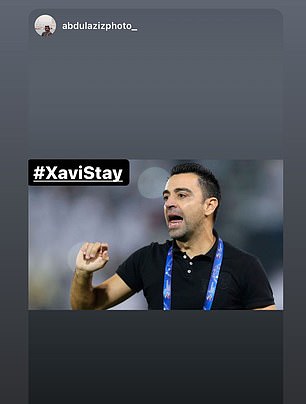 But Al Sadd are trying to play the emotional card in trying to get Xavi to remain in Qatar, with the Doha club sharing several posts from fans with the hashtag #XaviStays.

The posts range from images of the Spaniard with his several major trophies he has won with the Qatari club over the last two years, to videos of him celebrating goals and competition victories by either wild celebrations or emotional tears.

According to Spanish news outlet Sport, Xavi has a release clause of £840,000 that Barcelona will have to fork out, although AS say there could be a gentleman’s agreement between the manager and his bosses in Qatar to let him leave for free. 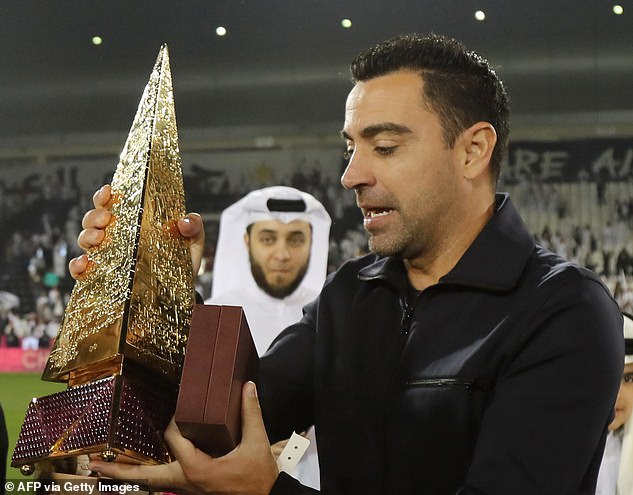 He is planning to say goodbye in his last home game against Al Ahli this Saturday.

Xavi has managed Al Sadd for two years and joined as a player in 2015 after leaving Barca.

The 41-year-old has enjoyed great success since moving to Doha in 2019, winning seven major trophies for the reigning Qatar Stars League champions.

That trophy record includes back-to-back Qatar and Emir of Qatar Cups in 2020 and 2021, while he claimed his first ever league title last season, winning the country’s top-flight by 13 points – with Al Sadd failing to lose any of their 22 matches in that campaign. 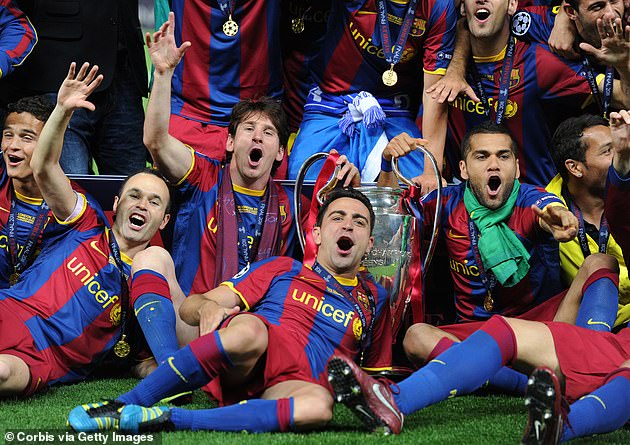 But Xavi has greater links to Barcelona, who he represented 767 times between 1998 and 2015 – winning 25 major trophies with the Catalans.

The former midfielder is also a cult hero in Spanish football overall, playing a key role in the country’s World Cup win in 2010, while he also shone in La Roja’s back-to-back European Championship triumphs in 2008 and 2012.

Barcelona, meanwhile,  have announced that Sergi Barjuan, the current coach of the club’s B-team, is in charge in the interim.

October 31, 2021
The Belgian media were split between disappointment and self-mockery after seeing their country fall to a devastating defeat to France in the Nations...