By Julien Pretot, Reuters and Reuters

Tour de France organisers are looking to launch a women’s equivalent of the most prestigious race in men’s cycling, they said on Friday.

In addition to the Liege-Bastogne-Liege and Fleche Wallonne classics, ASO also organises La Course by Le Tour, a race held the same day as a Tour de France stage, every year since 2014. 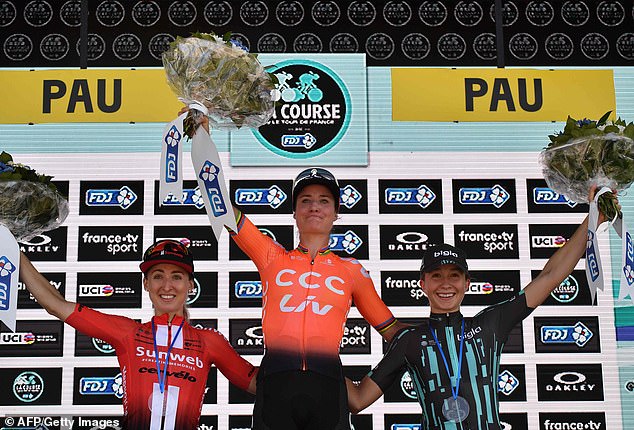 After organising the event over two days – a mountain stage followed by a time trial in 2017, ASO has since back-tracked to a single-day race.

Dutchwoman Marianne Vos, the most decorated female rider, won the 2019 edition on Friday in Pau, with a devastating attack on the final uphill drag at the end of a 121-kilometre ride.

Although it has been often dubbed as the female version of the Giro d’Italia, the Giro Rosa is not organised by the same organisation, Epinike Associazione Sportiva Dilettantistica not being linked to RCS – the owners of the men’s race.

‘We are setting up a cell to develop women’s cycling within ASO,’ the ASO official, who declined to be named, told Reuters.

‘We cannot have a women’s Tour de France at the same moment as the men’s Tour because it would be logistically impossible. The Tour has grown so much and is so big that having two races at the same time would not be feasible.’ 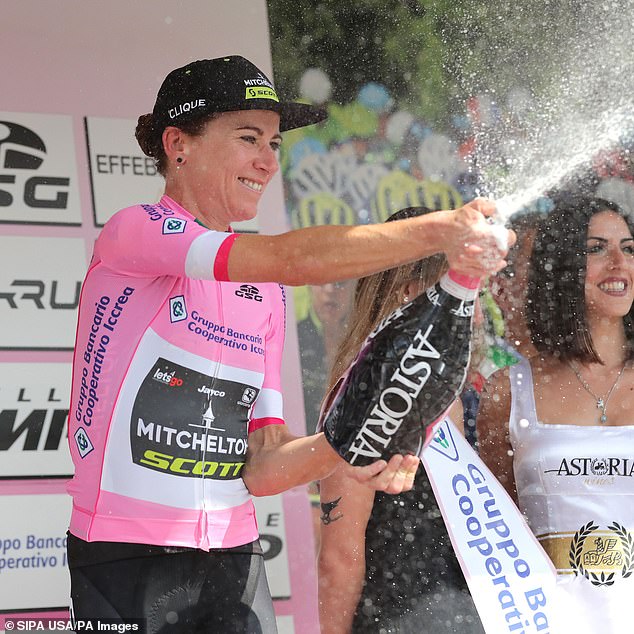 Currently, Italy’s Giro Rosa is the biggest event in women’s cycling but may soon have a rival

There was a women’s Tour de France at the same time as the men’s race from 1984-89 but lack of media interest and logistical issues prompted ASO to stop organising it.

Opinions have changed, however, according to Vos, one of the leading voices in women’s cycling who believed ASO was not doing enough to promote it.

‘There are a lot of things that are changing. It’s growing, the teams are getting bigger and at the moment it’s more important to look at the calendar and I think maybe change the calendar and add more women’s races,’ Vos said on Friday.

ASO faced criticism this year when it was reported that it would not provide TV coverage for the Liege-Bastogne-Liege and Fleche Wallonne races.

The senior official, however, said ASO would partner with Belgian TV channel RTBF to provide one hour of coverage on both events in 2020, above the 45-minute minimum requirement to be granted World Tour status by the International Cycling Union (UCI).