The sight of Julian Alaphilippe rising out of his saddle and powering up the steep ramp that came towards the end of this individual time trial is sure to trouble Geraint Thomas and Team Ineos as much as the time the Frenchman posted when he crossed the finish line.

For close to 27km of this testing course, only five or six seconds had separated Thomas and the race leader, but that injection of power from the diminutive Alaphilippe propelled him to a 14-second winning margin and an extension of his advantage over the Welshman.

This was not in the script. Alaphilippe has pedigree as a punchy, super-light climber and has enjoyed some fine results as a one-day racer. Last year he even won a time trial at Paris-Nice. 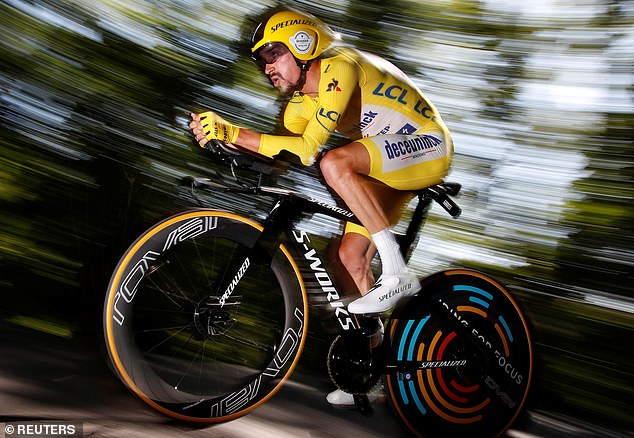 But the 27-year-old was not considered capable of this. Indeed, Thomas was expected to take a chunk of time back, perhaps enough to put the defending champion back in yellow for the first time since Paris 12 months ago.

As it was, Alaphilippe marked the 100th anniversary of the maillot jaune with the kind of performance that sparked serious excitement in France but also provoked a mixture of amazement, disbelief and queasiness. A performance that invited the sort of questions that have had to be asked here in Pau in the past.

Here, after all, is a rider who only last month finished behind Great Britain’s Adam Yates over an almost identical distance at the Criterium Du Dauphine, who was the best part of a minute down on the winner and one of the favourites for this stage, Wout van Aert. 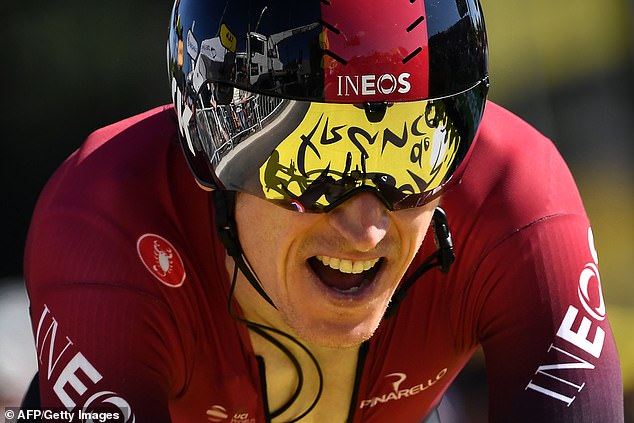 Van Aert never made it to the finish after clipping a barrier and sustaining a nasty, race-ending leg injury, but Alaphilippe was significantly quicker through the three check points the Belgian time trial champion did pass and was faster than everyone else, too.

‘I am the most surprised at where I am now. If it creates suspicion, I know being first always makes people talk. If I was last, I wouldn’t have this kind of question. I ride my bike the way I like, everything else makes me laugh.’

In France, they laugh with excitement at the prospect of a first Tour winner since Bernard Hinault in 1985, while on that Team Ineos bus they must be wondering if a period of dominance that has seen them win six Tours in seven years is drawing to a close.

A battle to the summit of the mighty Tourmalet comes on Saturday and, while Thomas claimed two mountain victories en route to winning last year’s Tour, Alaphilippe has proved himself capable of protecting his 86-second lead after taking the Polka Dot jersey with two mountains wins of his own last year.

Perhaps most alarming for Thomas and Team Ineos on Friday, however, was just how fresh Alaphilippe looked when he climbed off his bike and began what must have felt like an endless string of post-stage interviews. 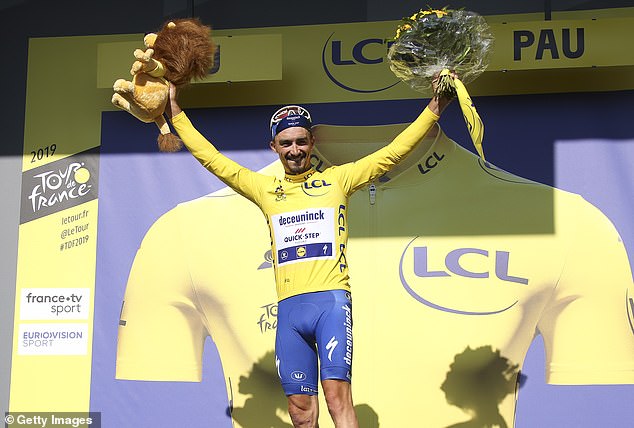 Team Ineos have controlled the peloton thus far and there is sure to be a heavy presence of those black and burgundy jerseys as the race climbs towards the Pyrenean skies on Saturday, but the rise of Alaphilippe’s Deceuninck-Quick-Step colleague and team leader, Enric Mas to fourth in the general classification also provides a measure of the battle on the hands of Thomas and the all-conquering British team.

Asked about Alaphilippe, Thomas said: ‘Yeah, didn’t really expect that. He’s obviously going incredibly well, so he’s certainly the favourite and the one to watch at the minute.’

Asked specifically if he now regarded Alaphilippe as a threat, he replied: ‘For sure, the way he’s riding.

‘If he can keep that up, then he’ll win. But there’s a long way to go. There are a lot of hard stages to come now.’

August 10, 2021
If Jack Grealish is feeling the pressure of becoming British football’s first £100million man, he certainly didn’t show it at his official unveiling...