Geraint Thomas and Team Ineos had every reason to be satisfied as they reached the first rest day of the Tour de France in an enviable position.

The crosswind chaos of Monday’s stage 10 saw Thomas power his way into second place on the general classification, 72 seconds behind Frenchman Julian Alaphilippe in the yellow jersey, with young Egan Bernal just four seconds behind in third place.

After a number of their rivals – most notably Groupama-FDJ’s Thibaut Pinot – shipped 100 seconds on the stage to Albi, Thomas and Bernal became the best placed of the main contenders to be wearing yellow in Paris. 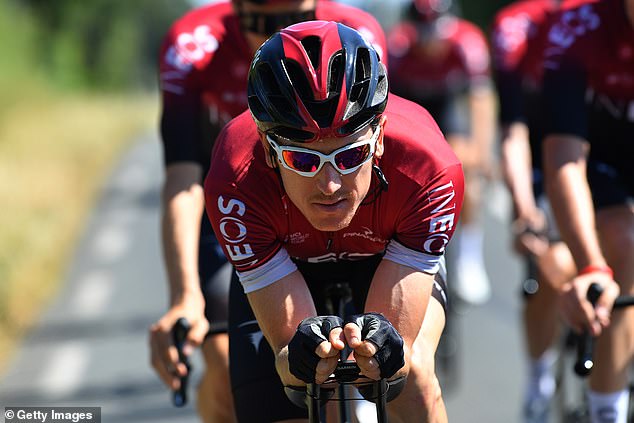 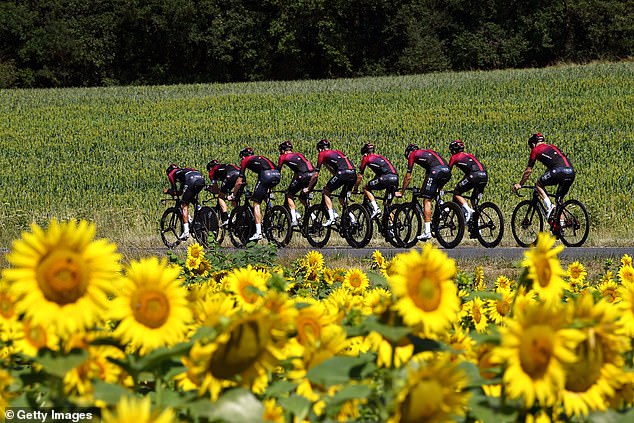 ‘With myself and Egan second and third it’s been a great 10 days,’ the defending champion said.

‘Obviously it would be better if we were a couple of seconds behind Alaphilippe rather than a minute, but other than that it’s great.

‘Coming into the race you wouldn’t necessarily talk about Alaphilippe as a GC contender, so to get time on everybody else is massive, a real good bonus and now the harder Alpine and Pyrenean stages will start.’

Alaphilippe has been thrilling the French crowds with his attacking style in the opening week, but few expect him to last much longer once the mountains come.

Though he won the polka-dot jersey as the king of the mountains last year, the 27-year-old has never targeted the general classification and insists that has not changed this year.

‘I won’t say we were happy, but we didn’t mind him gaining a few seconds after the first week,’ Thomas said. ‘He’s never ridden for GC before over three weeks, but obviously we’ve got to be more and more aware of him the further the race goes on.

‘There’s some big days in the mountains now and the time trial. By the second rest day we’ll know a lot more. If he’s increased his lead it will be more of a concern, but we’ll see how it goes.’

Thomas was something of a surprise winner of the Tour last year, as all eyes had been on team-mate Chris Froome, a four-time winner whose hopes of pursuing a record-equalling fifth Tour crown this summer were ended by a crash at the Criterium du Dauphine last month. 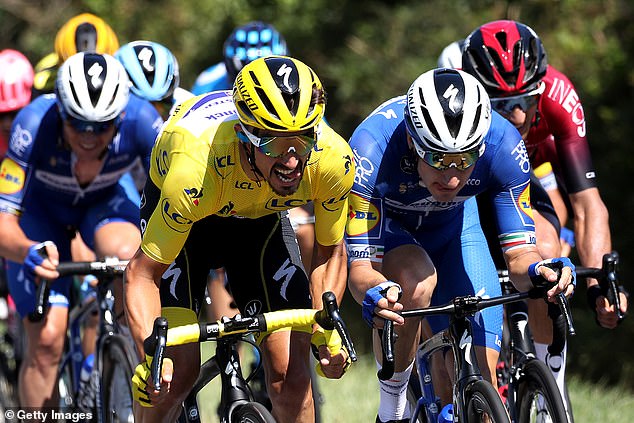 Though the 33-year-old Thomas is enjoying having the number one on his bib, he said he felt no different in the race.

‘I guess it’s only on days like today when everybody asks me the questions instead of Froomey,’ he said.

‘Otherwise it’s the same. I don’t go on social media. I don’t read all the white noise around the race. I just stay in my bubble and get on with it.’

The British team, winners of six of the last seven editions of the Tour as Team Sky before Sir Jim Ratcliffe’s takeover in May, have often faced hostility on French roads from fans, many of whom objected to their dominance and what were seen as stifling tactics.

But team principal Sir Dave Brailsford said there was a noticeable change this year. 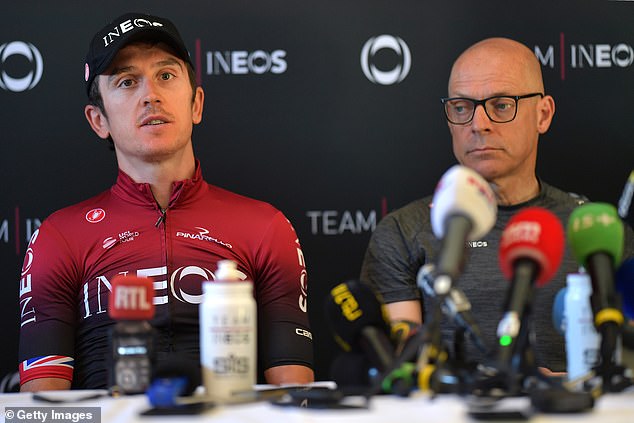 ‘Without a shadow of a doubt, this has been the most positive race since we started,’ he said.

‘It’s a very dramatic change since last year. I guess we can all speculate as to why that may be, but we’re a new team.

‘It’s been a very enjoyable experience. We all come to France knowing that the biggest race in the world takes place here and to be supported and to have a positive experience of it all adds to the joy of it.’