Steven Gerrard refused to be dragged into speculation over being linked with taking over as manager of Newcastle after telling a reporter not to ask him ‘silly questions.’

The current Rangers boss was speaking after seeing his side finally get off the mark in their Europa League group following two defeats, as they saw off Brondby 2-0 at Ibrox.

Gerrard was in a positive mood throughout his post-match interview and appeared to swat away notions of a possible move to St James’ Park when he was asked what he would say to those linking him with a move away. 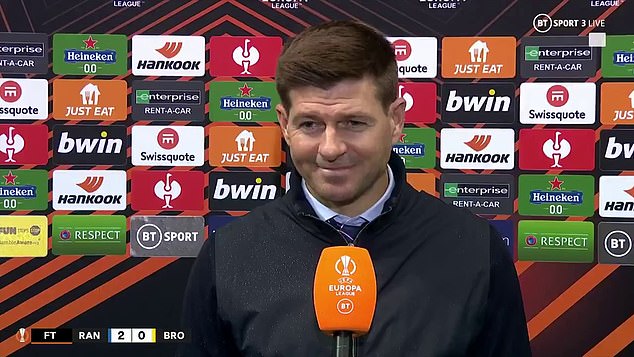 With a relaxed smile, the Rangers boss replied: ‘Do I look happy? Do I look settled? Don’t ask me silly questions then.’

Newcastle are currently looking for a new manager after Steve Bruce left by ‘mutual consent’ on Wednesday following a start to the season that has seen them fail to win any of their eight games.

First half goals from Leon Balogun and Kemar Roofe sealed a 2-0 win over Brondby, earning the Scottish champions their first points in Group A.

Sunk by Lyon and Sparta Prague in their opening games, Gerrard’s side now travel to Denmark in two weeks time. 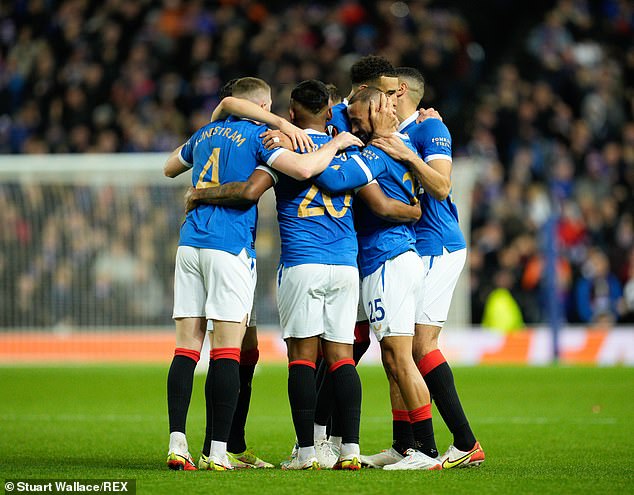 And victory could pitch the Ibrox club into a do or die battle with the Czechs for second after Lyon retrieved a two-goal deficit in Prague to win 4-3.

Pleased to see his side dominate for 90 minutes, conceding few chances, Gerrard described the result and performance as one of the best of an up and down Rangers season so far.

‘It is certainly up there if you look at the performance over the 90 minutes.

‘I think at times we played really well for 45 minutes or 60 minutes but for some reason, consistently we haven’t found that level where we are churning out 90 after 90 minutes so that is the most pleasing thing for me tonight. 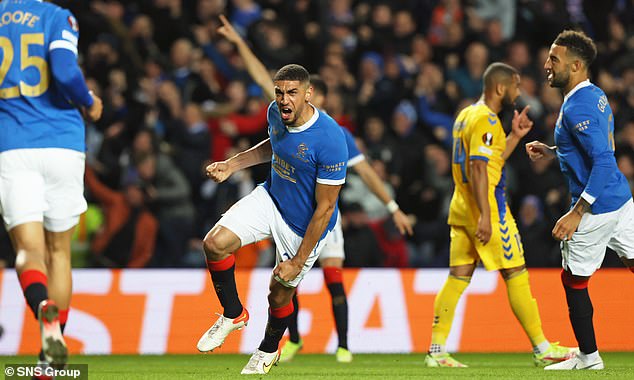 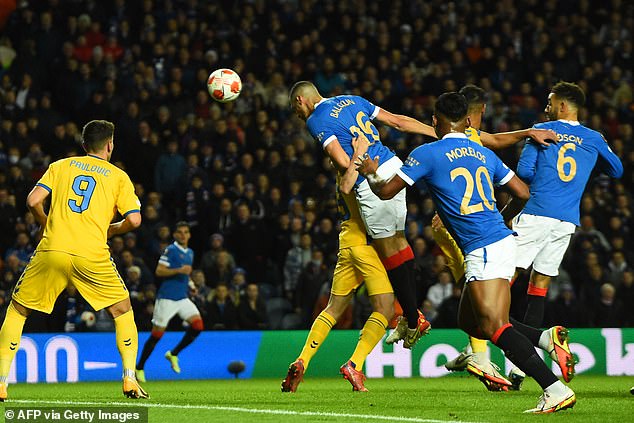 ‘I thought we played with a lot of control and style. We could have maybe got another couple of goals

‘We stayed strong, we stayed aggressive in the right way and I thought we managed the game really well towards the end and the subs helped us do that they brought us energy and quality.

‘It kicks start our Europa League journey. We put pressure on ourselves by not getting results in the first two games but we handled that tonight and now we have to replicate the results and performance in a couple of weeks times to give ourselves a better chance.’

Admitting French cracks Lyon were always favourites to run away the group, Gerrard admitted last night’s game was a ‘must win’ in the quest for second or third place.

‘I think if we are realistic, when this group was made Lyon were, rightly so, got the favourites tag and they came out of pot one. 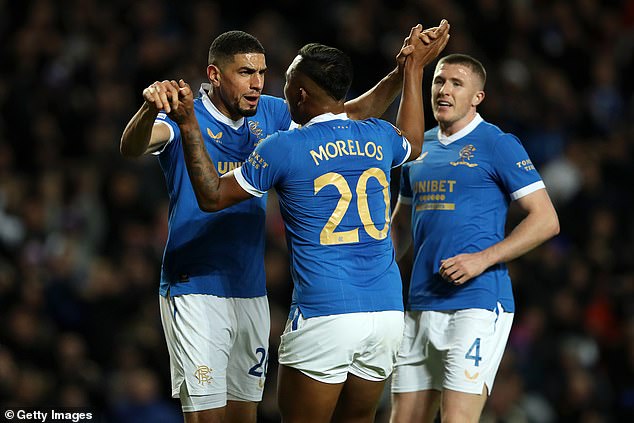 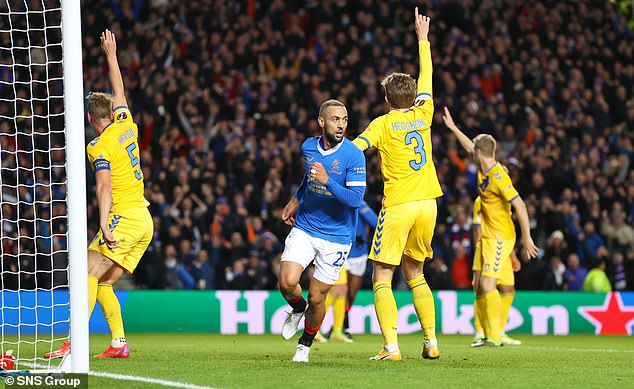 ‘We certainly respect that and we saw the performance that they put in here at Ibrox.

‘But you think to yourself ‘we wil give it our best shot, we will still try and finish first’.

‘The way it has panned out in the first three games, they have shown they are the strongest team in the group so far.

‘What we need to do in two weeks time is try and replicate that, get onto six points and make it a really interesting game here when Prague come to town.

‘If we can take six points in a couple of weeks time, I think it is going to be really interesting in and a fantastic game in match five.’

Leon Balogun headed his first Rangers goal from a corner after 18 minutes before the intervention of VAR overturned an offside decision against Kemar Roofe for the second before half-time. 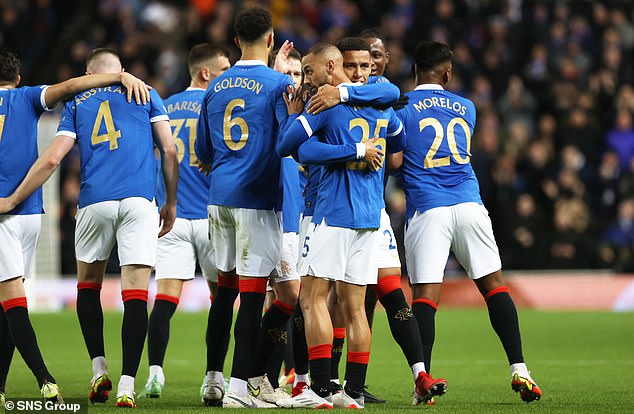 VAR was less effective when man of the match Joe Aribo was denied a clear penalty kick in the second half. Both Alfredo Morelos and sub Scott Arfield, meanwhile, struck woodwork.

‘Listen I am in favour of VAR and I think it will improve as we go along,’ said Gerrard. ‘But I think tonight is the evidence that they don’t get everything perfectly right because they have missed a stonewall penalty.

‘I think anyone who loves football, if you watch that… I thought at the time it was a penalty and now I have seen it four, five times I am 100 per cent convinced it was a pen. VAR missed one unfortunately.’

More of a concern for the Rangers boss was the hamstring issue which forced goalscorer Balogun off the pitch, with Calvin Bassey taking his place.

Now a doubt for St Mirren on Sunday, Gerrard is already without Filip Helander and admitted: ‘He has felt something in there. We are hoping we have got to it before there is a tweak or any muscle damage. We are hoping it is a little bit of tightness and we will know in the next 24 hours. I will certainly be praying tonight.’

October 12, 2021
James Tarkowski 'could be one of the first signings of Newcastle...