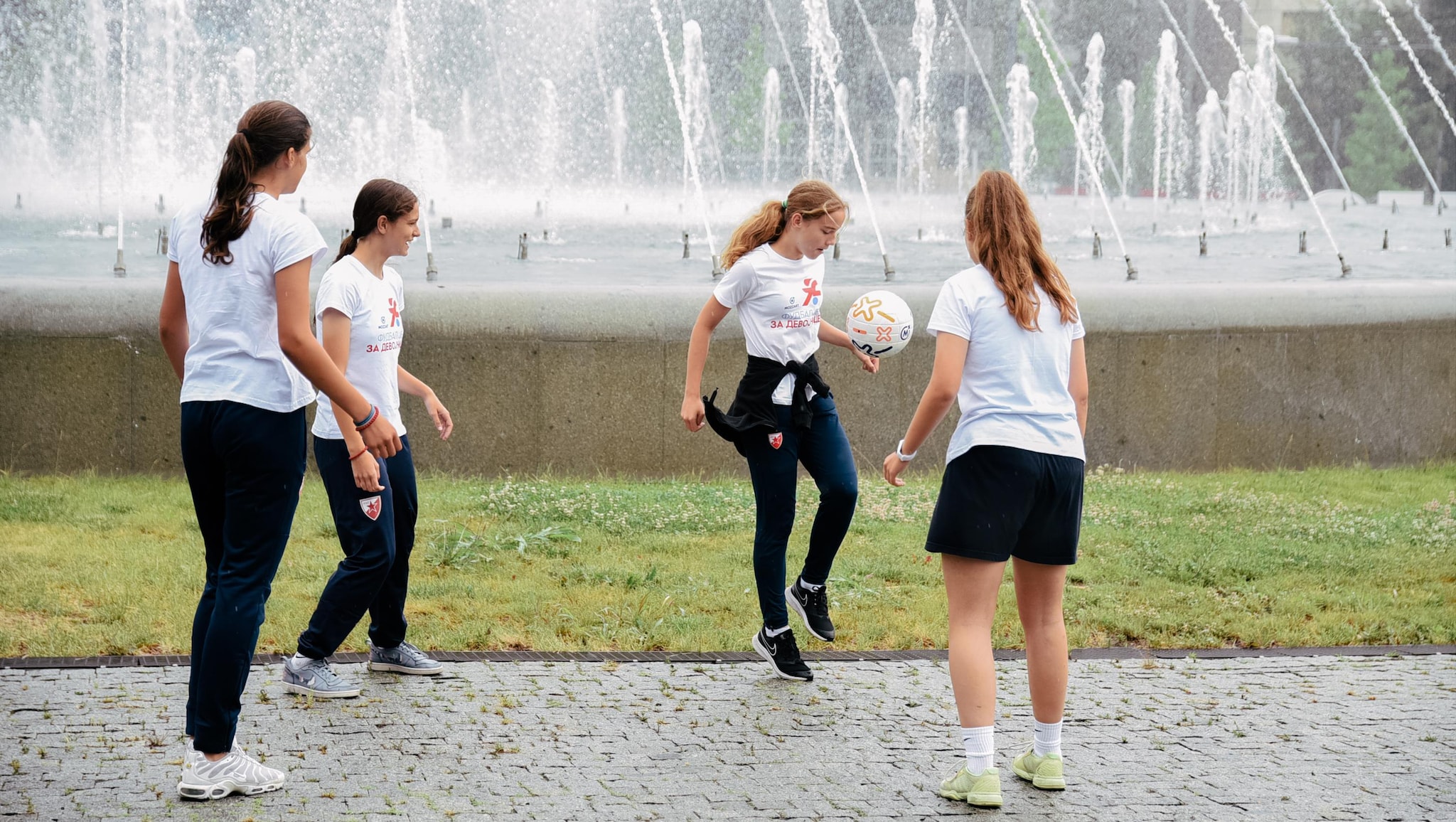 They are not stars and you have probably never heard of them… They are the most important ‘side athletes’ in the world of football. And they do not want to be on the sidelines anymore. With this message, the Football Association of Serbia launched a nationwide campaign with the clear intention of popularising women’s football.

More than 100 female football players, led by players from Spartak, Crvena Zvezda and other top clubs, passed footballs at Slavija, the biggest roundabout in Belgrade, delivering the clear message that 15 minutes in a traffic jam is better than the collapse of women’s football in Serbia and the symbolic message that not everything in football revolves around strength. The banner displayed at the launch sent out an even clearer message – ‘Football is for everyone; football is for girls’.

Horns, applause, cheers… there were all sorts of encouraging reactions from the drivers who found themselves in the girls’ traffic jam.

“I am very glad that such a campaign dedicated to women’s football has been launched. I am proud of everything that the Football Association of Serbia, together with the sponsors, have done for us, and I hope that a large number of girls will respond and start playing football,” said Milica Kostić, goalkeeper of the Serbian national team.

Jelena Čanković, formerly with Barcelona and now a player with Swedish side Rosengård, can testify that women, too, can play for their country and in the UEFA club competitions.

A special message of support was sent by the head coach of the men’s national team, Dragan ‘Piksi’ Stojković: “Personally, I have a very positive opinion when it comes to women’s football. In the past 15 to 20 years, women’s football has been developing at tremendous speed and it has become extremely popular among girls. Full support to all these girls. Play football, enjoy football, and you will see how beautiful this sport is. You have our full support!”