‘How can one be 12 years at the top without taking care of himself?!’ Neymar hits back at critics who label him a ‘PARTYGOER’ as PSG star insists he only goes out in Paris when he is not training the next day

PSG star Neymar admits he should be judged solely on his performances on the pitch as he hit back at claims he is a ‘partygoer’ in Paris.

The Brazilian moved to Paris Saint-Germain in 2017 for a world record £198m but has often been photographed at lavish bars and nightclubs in the French capital since then.

However, the 29-year-old insists he only goes out when he doesn’t have training the next day and revealed he has a physical trainer with him for near-enough 24 hours to prioritise his level on the pitch. 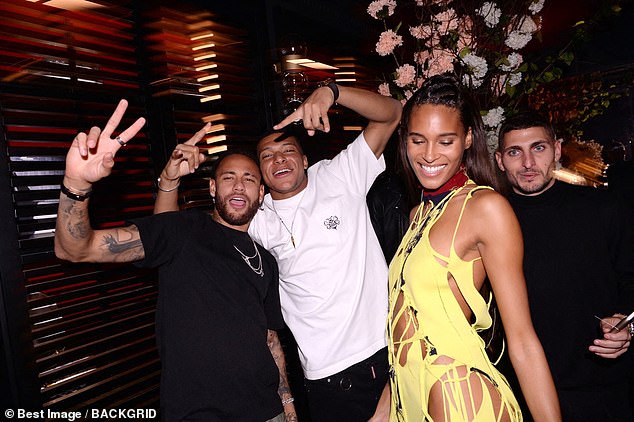 Neymar (pictured partying in Paris at the beginning of October with Kylian Mbappe, centre, at French model Cindy Bruna’s, right, birthday) hit back at claims he is a partygoer 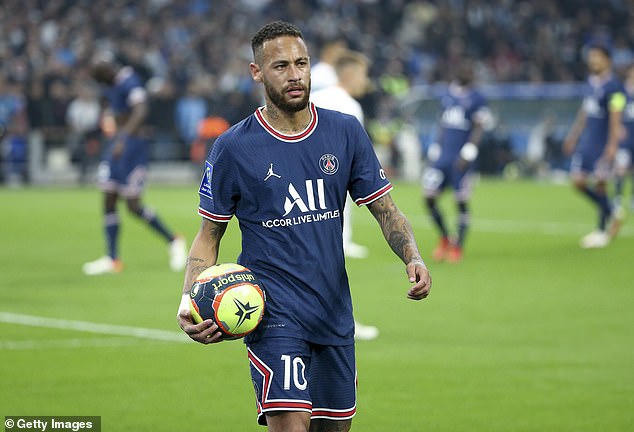 The PSG star, who signed in a world record deal in 2017, insists he does take care of himself

He complained that every time he is seen out, it results in him being seen as a ‘partygoer’, especially after meeting someone ‘very famous.’

‘I speak of respect because people say: “Ah, Neymar doesn’t take care of himself, Neymar is this, Neymar is that,” he said in an interview with YouTube channel Fui Clear.

‘How can one be 12 years at the top without taking care of himself? Nobody gets that. I know how to take care of myself, I have a physiotherapist and a physical trainer with me for practically 24 hours, what for? Not at all?

‘I go out when I can. I go out when possible, when I know that I will not train the next day. I will not stop doing anything. What is the problem? You have to charge me for what I do on the court, there I allow you to speak, but what I do outside…’

At the beginning of October, Neymar was photographed partying at the birthday of French model Cindy Bruna. 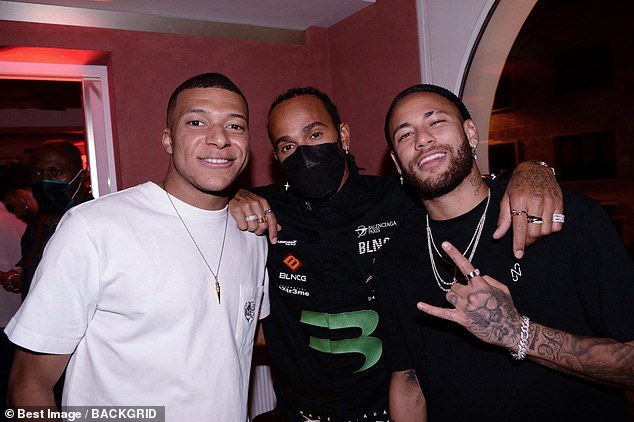 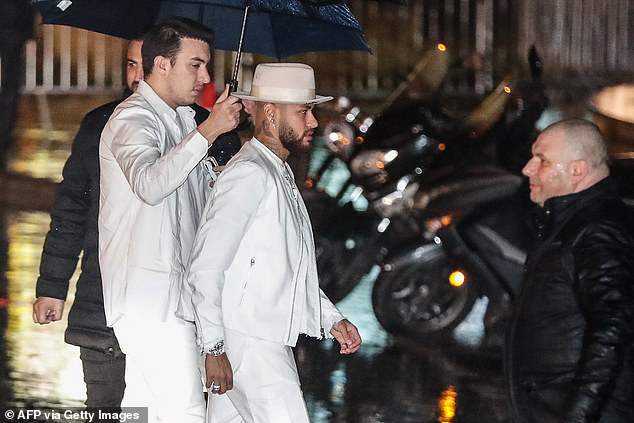 The Brazilian added that he is far from perfect but believes the Parisians can win titles together this season, having added Lionel Messi in the summer.

‘I was already much more wrong, if I could change some things, obviously I would take other attitudes,’ he added. ‘But maturity is coming, it does not mean that with 30 years it is practically perfect, mature,’ he said.

‘We are getting to know each other better and better and we have everything to have a great season and win titles.’

Neymar featured on Sunday as PSG drew 0-0 away at Marseille and is set to be involved tonight in the Ligue 1 clash against defending champions Lille.

October 31, 2021
Robert Lewandowski and Serge Gnabry are among the Bayern Munich players...