By Toby Miles For Mailonline

The Stade Velodrome became a battleground between Marseille and Galatasaray supporters on Thursday, with scenes in the stands forcing the referee to stop play.

The Europa League match was paused for nine minutes as flares and other objects flew from all sides as the visitors clashed with their hosts.

The action was suspended from the 37th minute, when Galatasaray boss Fatih Terim and Fernando Muslera joined Dimitri Payet in attempting to cool tensions. 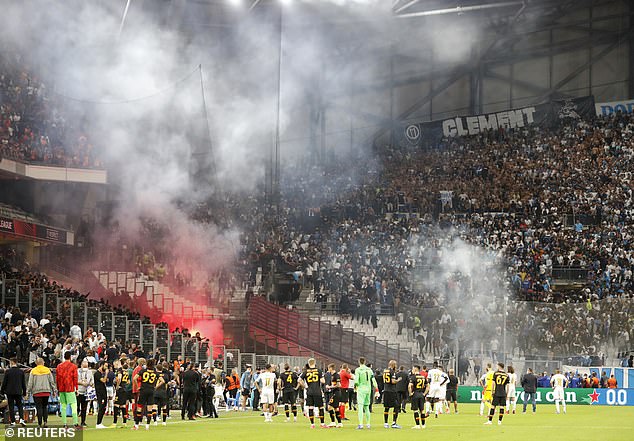 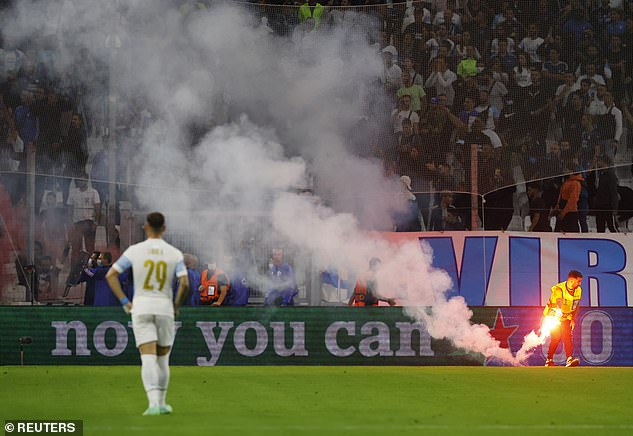 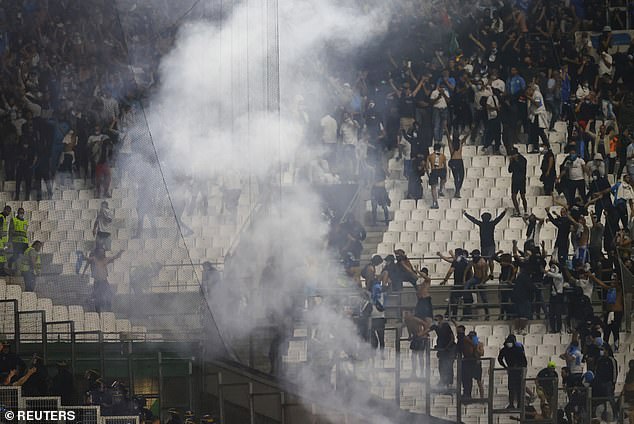 Riot police were deployed and charged into the stands, clearing the trouble so the first-half could get going again.

The match was goalless at half-time and neither side could find a goal in the second, ending 0-0 to leave the French side still winless in Group E.

Marseille have been at the heart of a violent return of fans to Ligue 1 stadiums this season, with Thursday’s Europa League drama the latest of many incidents.

Dimitri Payet was floored by a bottle thrown from Nice’s end during a French league clash between the French Riviera rivals back in August, sparking a melee which forced the game to be abandoned at the 75th minute. 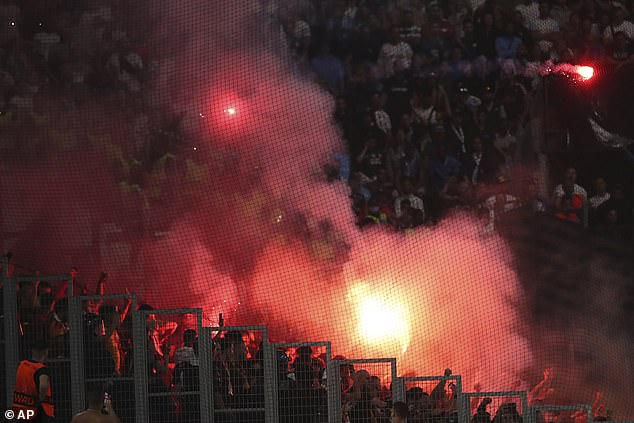 The fixture will be replayed at a neutral venue next month. Fans will be shut-out then, and Nice are currently serving a punishment of three additional behind-closed-doors matches. 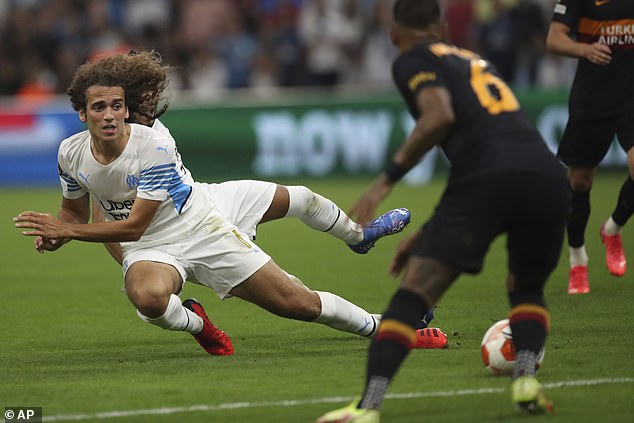 The match got back underway nine minutes after the stoppage, eventually ending 0-0

Marseille supporters have also now been banned from attending away matches until further notice.

They stormed the pitch after the final whistle of the Cote d’Azur club’s 0-0 draw with Angers, as ugly scenes of fighting unfolded.

The embarrassment has caused Ligue 1 to also close part of Angers’ stadium, with Marseille fans forced to wait for the conclusion of an investigation to find out when they can return to away fixtures.