James LOSES it! Former Everton star Rodriguez sent off for two quickfire yellow cards for dissent at new club Al Rayyan… before ripping his shirt off in anger and sprinting down the tunnel

James Rodriguez was bizarrely sent off via two quickfire yellow cards for dissent for shouting at the referee in his new Qatari club Al Rayyan’s defeat on Saturday.

The former Everton man, who was let go by the Toffees earlier this year to complete his move to Qatar, was trying to get his side an equaliser while Al Rayyan were 2-1 down away to Al-Arabi on Saturday, when he was scythed down by opposition player Aaron Boupendza on the edge of the box.

Even though Rodriguez and Al Rayyan were awarded a free-kick, the Colombian midfielder was booked for protesting too much with the referee. 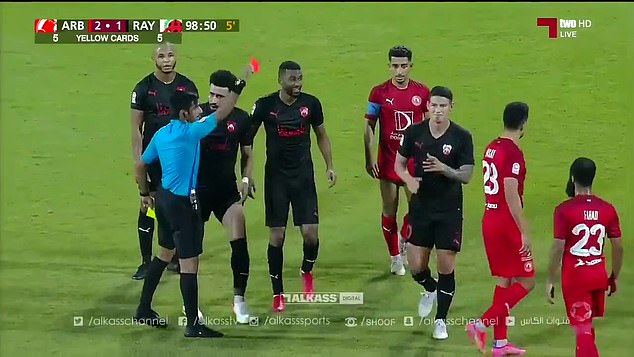 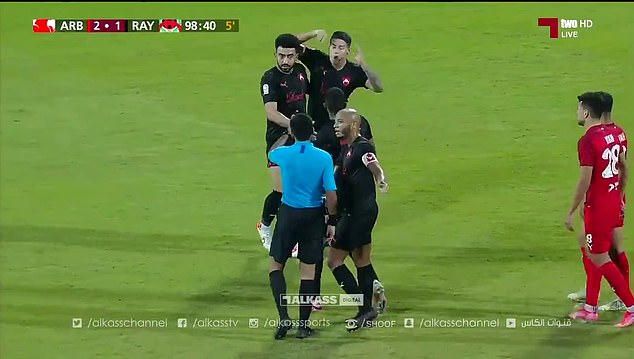 Rodriguez reacted to the booking by protesting even more at the official, with his Al Rayyan team-mates having to pull him back from getting too close to the referee.

But Rodriguez had already done enough to earn himself a second booking and therefore a red with his protestations – and the drama did not end there.

The Colombian reacted with more fury and sarcastically applauded the referee for giving him the red card. He then took his shirt off as he was sprinting down the tunnel towards the dressing room.

His sending off came in the ninth minute of stoppage time and Al Rayyan were unable to find an equaliser before full-time. 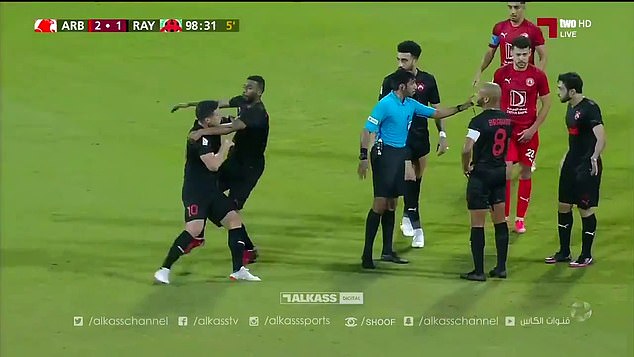 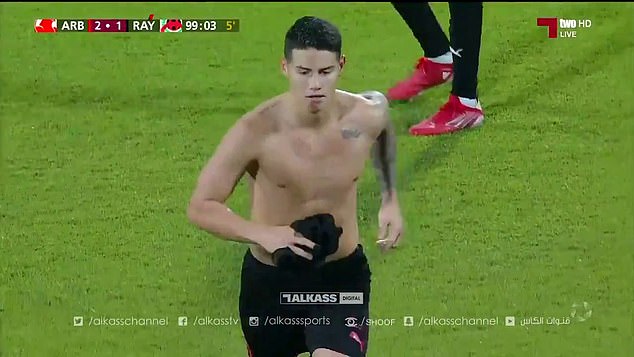 Saturday night’s clash with Al Arabi was his third league game for the Qatari club, with Rodriguez starting his career in the Middle East in positive fashion.

The Colombian scored his first goal in Al Rayyan colours last weekend in a 4-2 victory over Al-Sailiya and registered his first league assist for his side’s goal on Saturday against Al Arabi.

Rodriguez also turned out for Al Rayyan in the Emir Cup final against Al Sadd, managed by reported Barcelona target Xavi Hernandez, though that match ended up in a penalty shootout defeat for the Colombian and his new club. 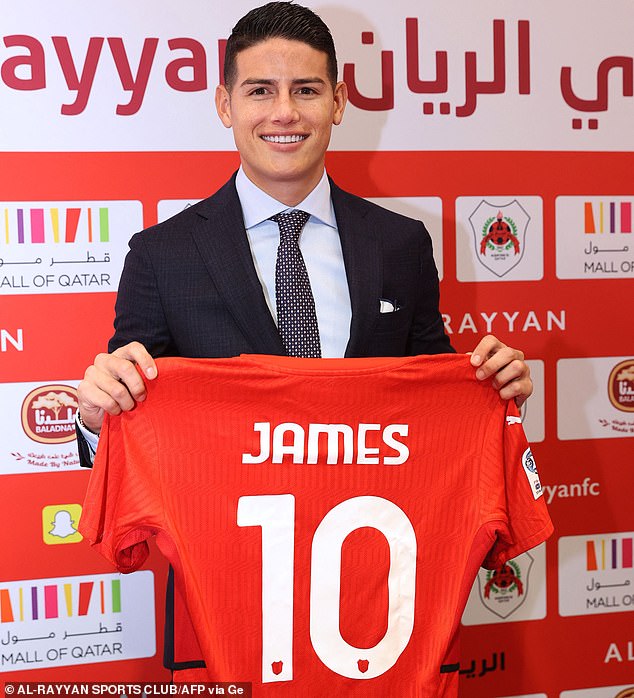 James moved to Al Rayyan from Everton earlier this year and earns around £115,000 a week

The result means Al Rayyan lie in sixth place in the Qatari Stars League, 15 points behind runaway leaders and reigning champions Al Sadd, who have won eight from eight so far this term.

The top two teams in the Qatari top-flight qualify for the AFC Champions League group stage, while third place goes through to the same competition via the play-off round.

Rodriguez signed a three-year deal with Al Rayyan earlier this year on a £6million a year salary, which equates to around £115,000 a week.