Belgium proved their defensive nous with a hard-fought 1-0 win against Portugal at the Estadio de la Cartuja on Sunday evening which sees them book a Euro 2020 quarter-final date against Italy on Friday July 2.

Thorgan Hazard opened the scoring three minutes before the break in Seville with a superb swerving effort from outside the penalty area, and although the second half opened up, the world’s No 1 ranked side held firm to knock Portugal out.

Below, Sportsmail assesses the performances from both sides after a feisty, highly competitive encounter which saw Premier League stars like Cristiano Ronaldo, Bruno Fernandes and Ruben Dias eliminated. 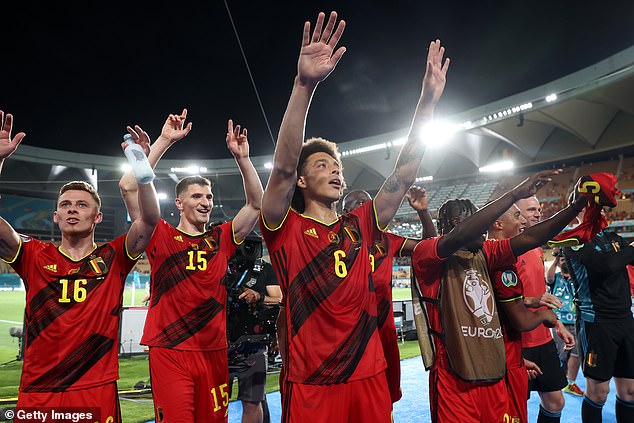 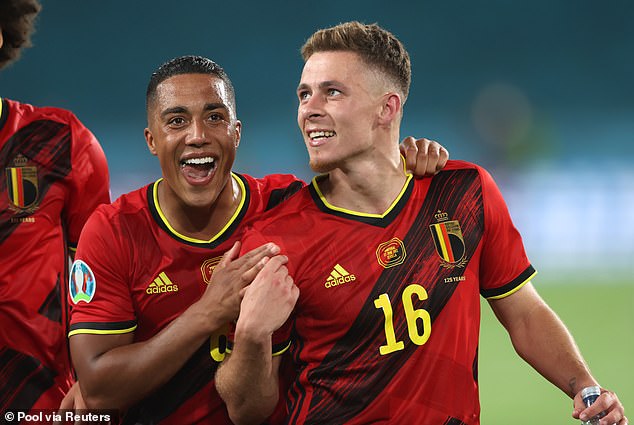 Could potentially have done better with Hazard’s goal; his slight step to the right as the shot spun to the left like a perfect James Anderson outswinger meant he could not keep it out.

Picked up a brainless booking for booting the ball away after fouling Eden Hazard. Generally seemed more defensively solid on the right side than Nelson Semedo.

For the most part, dealt with Belgium’s considerable attacking threat manfully, standing toe-to-toe with Romelu Lukaku. Not a paragon of virtue when it comes to sportsmanship.

Composed as ever. Lukaku’s presence to his right before the goal caused him a half-second of hesitation and gave Hazard the half-yard of space he needed to get the shot away. 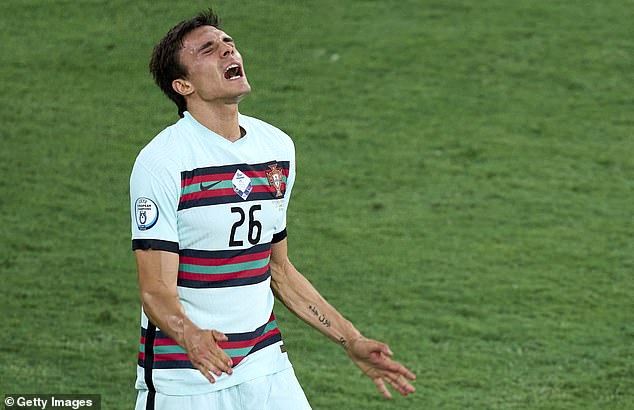 Showed good energy and ambition but his typical attacking verve was somewhat dampened by being played at left full-back rather than wing-back. Unlucky not to score with a controlled effort with his weaker foot.

Did not have much chance either to dictate the pace of the game as he likes to, or to invite his team-mates to profit from his set-piece prowess, and was taken off before the hour.

Not much more of a midfield presence than Danilo Pereira, who he replaced after the latter was accidentally hit in the head by Hugo Lloris in the group stage. Inadvertently injured Kevin De Bruyne with a full-blooded first-half tackle.

Looked every inch a Ligue 1 winner with Lille. Metronomically consistent in possession, a nuisance to Belgium out of possession.

Had a few characteristically silky touches and showed off his adhesive control but was largely marginalised and did not get close enough to Hazard before the goal. 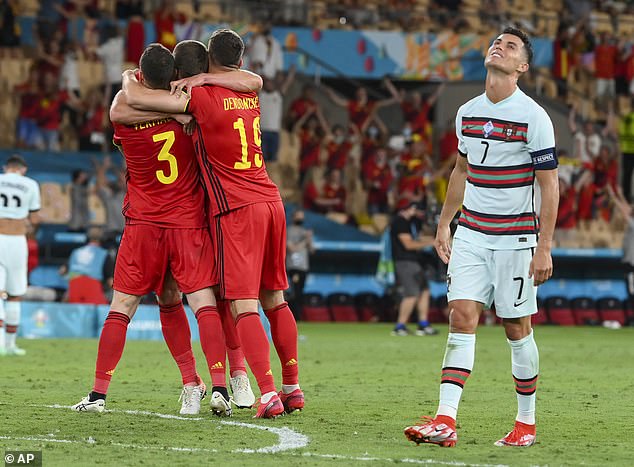 Wasted several presentable opportunities. Against Premier League bottom-half sides you might get away with it – against a side with the quality of Belgium you do not.

Led the line with vim and vigour and outshone his attacking team-mates, although his free-kick taking could be better. Recovered miraculously after Thomas Meunier’s shoulder lightly made contact with his chest, he’s a medical marvel.

Got a strong gloved hand to Ronaldo’s first-half free-kick and Ruben Dias’ late header, and made himself big and imposing in the face of Portuguese attackers. Imperious. 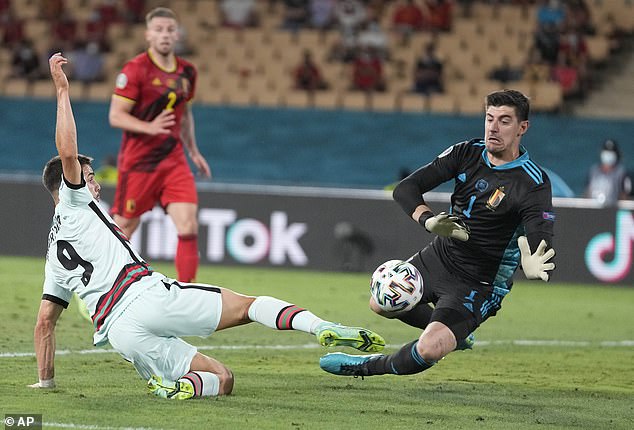 One of those defensive performances notable by the absence of any real mistakes. Used his anticipation and positioning to good effect.

Not a spring chicken at 35 but was protected by two experienced defenders either side of him. Picked up a wildly unnecessary booking for fouling Joao Felix. Threw his body around with a notable lack of care for his own safety.

Reliable, solid, dependable. Stood up for his team-mates in the face of some strong tackles from frustrated Portugal players late on. 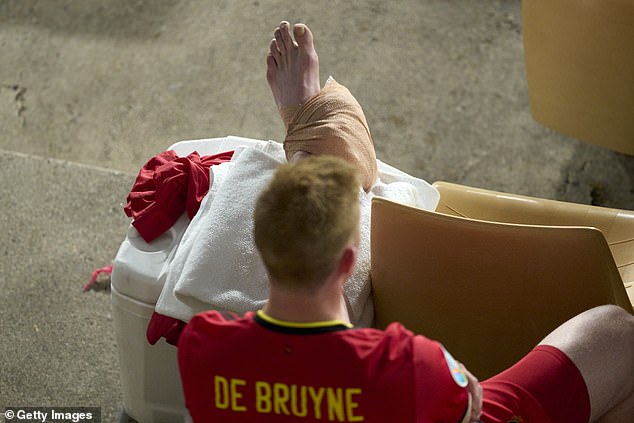 Mixed his passes well, an all-round star at just 24. Not his best performance ever but certainly did not do much wrong.

Did the dirty work with alacrity, a key part of a resolute and disciplined Belgian midfield which did not give much away at all.

Very, very much his own man, categorically no longer just Eden’s brother. Scored a fine, dipping winner and defended with real enthusiasm considering left wing-back is not his natural position.

Slightly subdued by his hugely high standards, but caused Portugal problems in between the lines before limping off. Roberto Martinez will be sweating on his fitness ahead of the quarter-final. 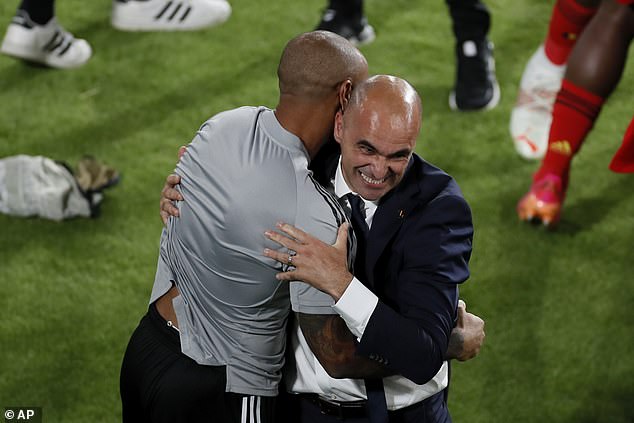 Boss Roberto Martinez (right) celebrated joyously at the final whistle; his side face Italy next

Looked trim, quick and strong, exactly like he did in that wonderful final season at Chelsea. Perhaps liberated without the sizeable pressure which is on him at Real Madrid, he was lively and involved throughout.

Could well be the Tournament’s Golden Boot winner, but there’s so much more to his game than scoring. His bravery, game understanding and dribbling was very good. Manchester United: this is what a top-class No 9 looks like.

Too willing to indulge the ubiquitous play-acting and struggled to keep control of a highly-charged match as it sparked into life towards the end, but was decisive in the face of players’ protests.