Eintracht Frankfurt goalkeeper Kevin Trapp received medical attention after a firework thrown at him from the grandstands exploded just inches away from his feet.

The incident took place during their Europa League clash in Belgium against Royal Antwerp on Thursday night.

Trapp, 31, was stepping back into his penalty area with his back to the home supporters as the firework was thrown. 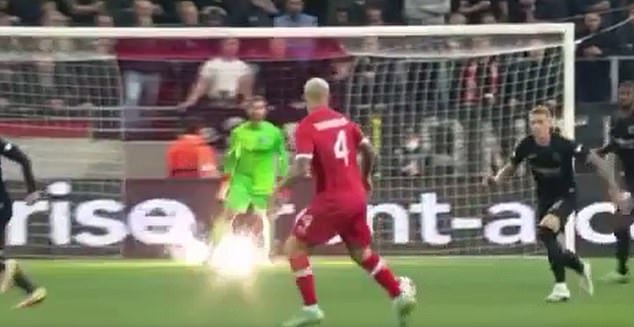 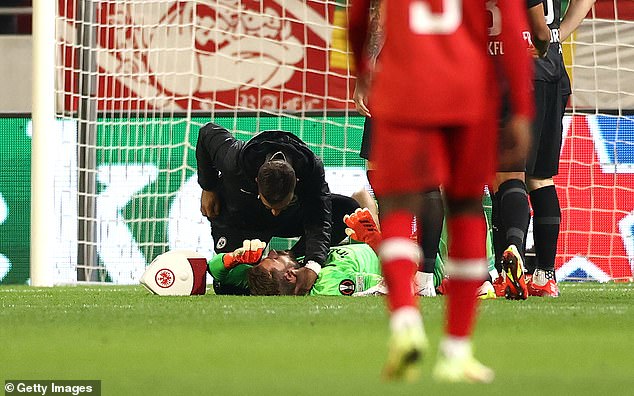 The Frankfurt keeper was then took by surprise as the pyrotechnic looked to spark just inches away from his feet.

He raised his arm to get someone’s attention as the game was being played before dropping to the ground looking in some discomfort.

Medics came onto the pitch to check over the goalkeeper after the referee stopped play following the unpleasant scenes. 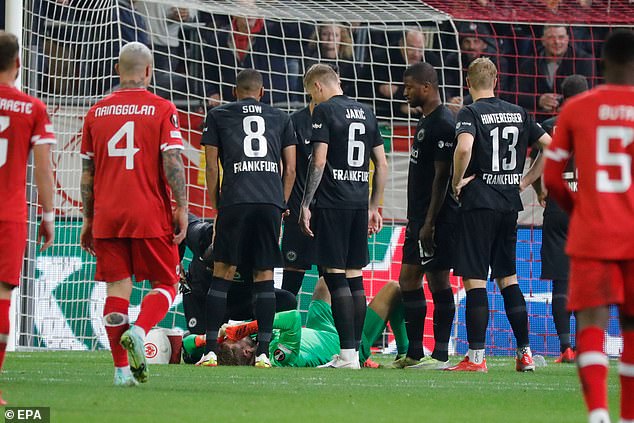 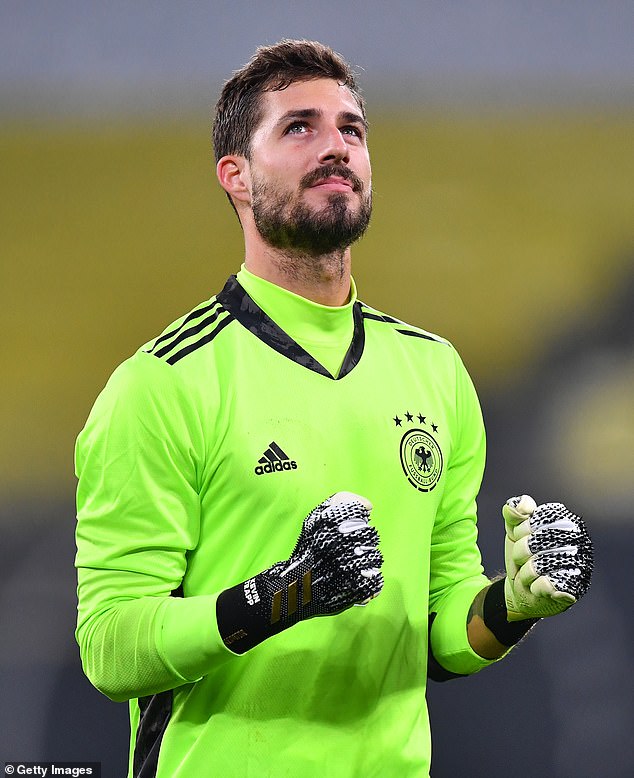 Fortunately the incident didn’t seem to affect Trapp too much as he was able to continue on with the match.

The former Paris Saint-Germain goalkeeper was on the winning side as Goncalo Paciencia scored a stoppage time penalty for the visitors.

It wasn’t the only incident to take place on the night of Europa League action as ugly scenes marred West Ham’s 2-0 victory over Rapid Vienna.

Vienna fans tried to storm the home section after Declan Rice’s opener by jumping the barriers and racing towards the West Ham supporters. 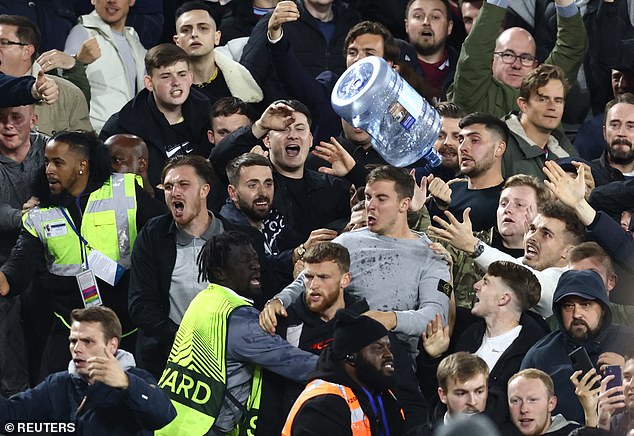 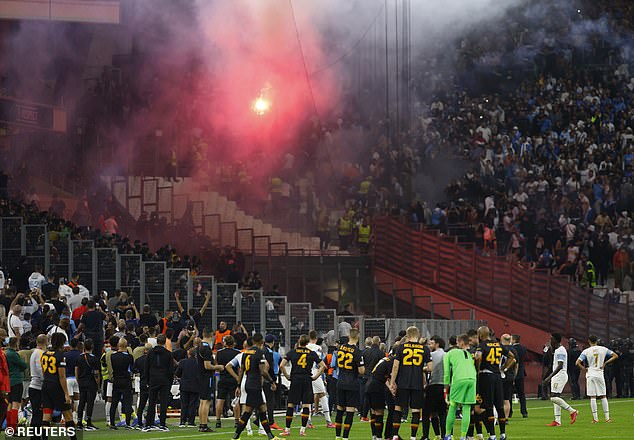 Stewart tried to hold the Vienna supporters at bay, while police wielding batons intervened to force the crowd back.

Both sets of supporters were seen throwing objects at each other, including a giant bottled water cooler, while Aaron Cresswell had objects thrown at him when he took a corner late on in the first half.

Elsewhere, Marseille’s clash against Galatasaray was stopped for nine minutes in the first half as flares among other objects were thrown between supporters.