While it remains too soon to suggest this stage marked the end of Britain’s six-year dominance of the Tour de France, the owner of Ineos Jim Ratcliffe must have sat in the team car here on Saturday afternoon and wondered if he had just bought a cycling team in decline.

Rotten luck denied Chris Froome the opportunity to pursue a seventh Tour victory in eight years for the all-conquering professional road unit formerly known as Team Sky, but when Geraint Thomas cracked a kilometre from the summit of the torturous Tourmalet, it looked as if their next best chance of winning this race had also evaporated.

Not least because up ahead of him, among the last six men to survive the punishing pace being set by Movistar and FDJ, Julian Alaphilippe looked every bit as indomitable as he had in the individual time trial in Pau the previous day.Â 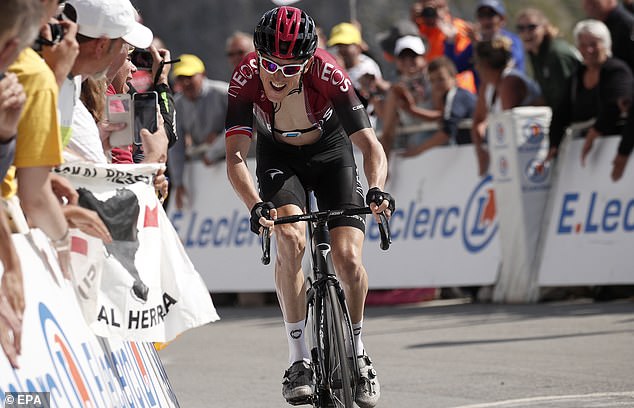 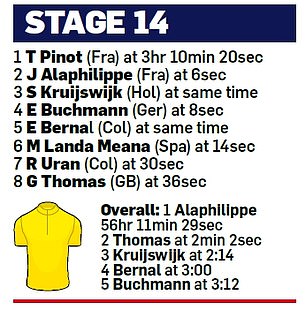 Thomas also had to endure boos from the home crowd, which turned to cheers when it was clear how he was struggling.

The Tour can, of course, change as rapidly as the weather in the mountains and those who continue to doubt the little Frenchman’s ability to hang on until Paris think it perfectly possible he will blow up on Sunday in another Pyrenean stage that concludes at the summit of Prat d’Albis.

But the sight of Alaphilippe finishing the strongest of the five riders closely following stage winner Thibaut Pinot across the line suggested the 2min 2sec advantage he now enjoys over Thomas is one he can protect. 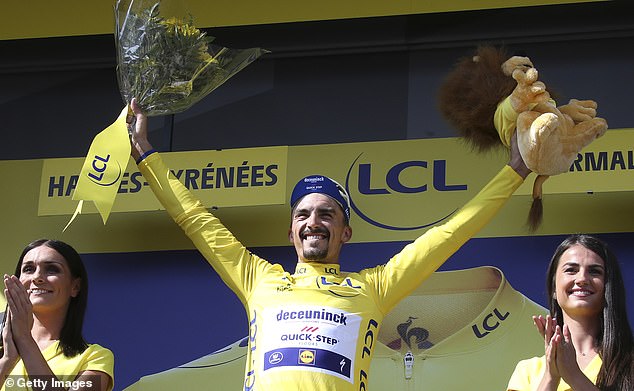 But for Thomas the question now is whether he can also hold off the challenge of riders like Pinot and Steven Kruijswijk, never mind his own Ineos colleague, Egan Bernal.

Pinot appeared immensely strong and would probably represent the biggest threat to his compatriot in yellow had he not lost 1min 40sec in those crosswinds on stage 10. He would be lying second for a start, underlining the revival of the host country after 34 years of hurt.

‘We saw Alaphilippe look like a man who can win the Tour de France now,’ said Sir Bradley Wiggins on Eurosport. ‘And Pinot… it was a brilliant day for France.’ 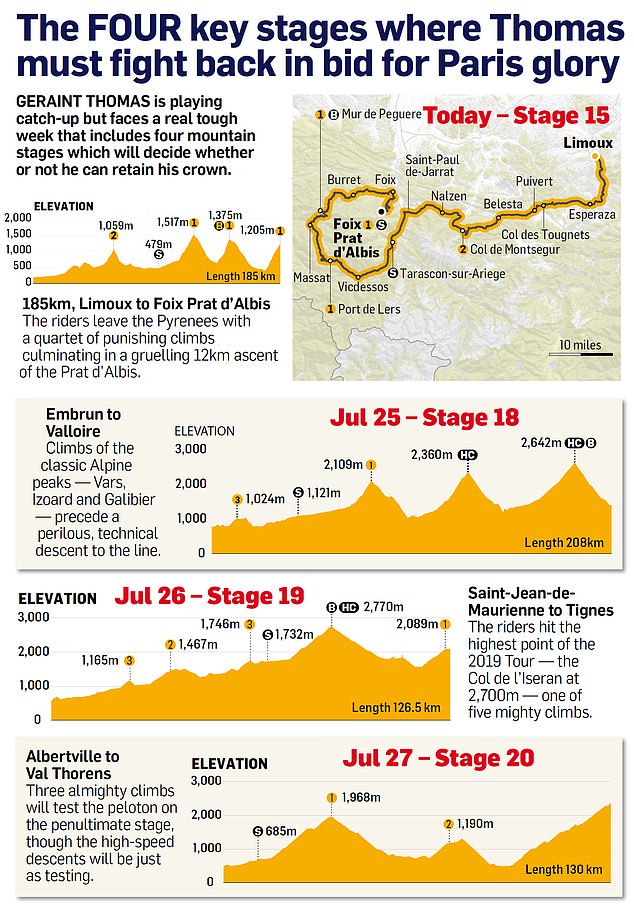 For Ineos, the issue is whether they think Thomas is cooked and should now make Bernal team leader. There was a moment in that closing kilometre when the young Colombian looked back to see what had happened to his colleague, only to then press on with the leaders. Afterwards, Bernal said his bosses had told him on the team radio not to wait.

Thomas claimed he had felt rotten all afternoon. ‘It was not the best day,’ he said after finishing 36sec behind Pinot but, crucially, another half a minute adrift of Alaphilippe. ‘I just didn’t feel quite on it from the start. I was quite weak. It’s disappointing. I just tried to limit the damage.’

There was a brief muttering of defiance, responding to the question of whether he could still win the Tour for a second year running by asking: ‘Why not?’ 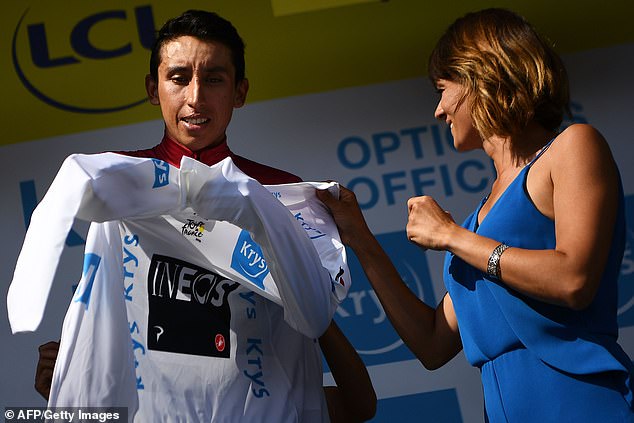 But there was a tone of resignation in his voice, perhaps influenced by a nagging feeling that he is not quite the rider he was last year.

His team do not look quite the same force either, given that at no point during the 19km to the top of the Tourmalet did Ineos ever set the tempo in the manner they so often have in the past. Five riders in the leading pack soon became three, and then two when Wout Poels also blew more than five kilometres from the summit.

The pace at which the main contenders climbed proved too hot for others too. Romain Bardet cracked on the Col du Soulor and ended up losing 20 minutes, while Movistar’s little Colombian Nairo Quintana was unable to endure the pace being set by his own team-mates.

A further blow to British fans was the sight of Adam Yates also being dropped. He lost close to seven minutes, ending any hope he had of a spot on the podium.