The tone was one of defiance; the message that Team Ineos are not dead yet.

As Sir Dave Brailsford was quick to point out, the two riders sitting either side of him at their rest-day press conference are still very much in the hunt at the Tour de France. 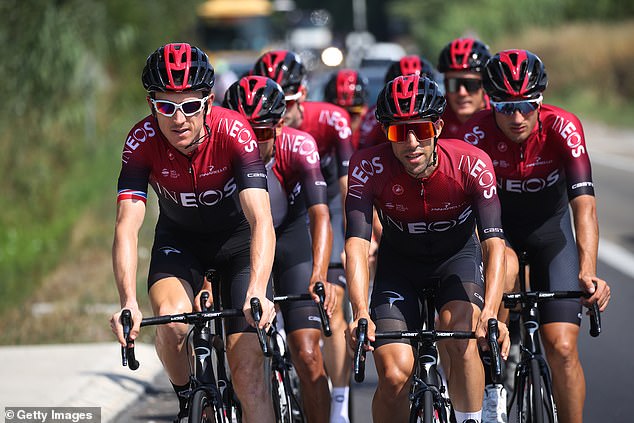 ‘We are in good shape,’ Thomas insisted. ‘And I’m looking forward to some big Alpine climbs.’

Sandwiched between them, and just a couple of hundred yards away in a different team hotel, is a Frenchman who looks to have the measure of both of them. It’s getting hot out here, the mercury nudging 38 degrees on Monday, but right now in France nothing is hotter than Thibaut Pinot.

With the vast majority predicting Julian Alaphilippe will slip down the general classification the moment the road starts rising towards the Alpine summits later this week, the smart money is on the man who dominated the climbs in the Pyrenees to make it to Paris in yellow.

He certainly seems too strong for Thomas, dropping him twice in two days, and even proved too explosive for a willing but not quite able Bernal on Sunday. 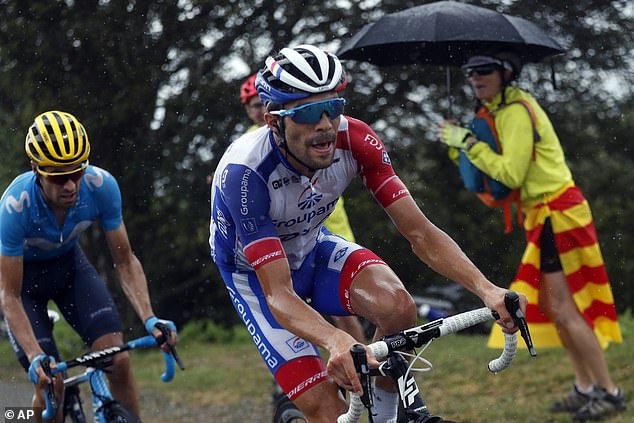 But try telling the guys who have won six of the last seven Tours that the balance of power has shifted. Try telling that to the professionals who maintain that the race only comes alive when it enters the final week.

At times it sounded like Brailsford and his principal riders were doing little more than putting on a brave face.

Brailsford spoke of how much fun he was having in a race he likened to a chess match, when we know full well that his idea of a perfect contest is one he can control; one that sees his riders batter the rest into submission.

At other times, however, warning shots were being fired.

Brailsford reminded his audience how potent a climber the Colombian-born Bernal becomes when the road rises above 2,000m, while Thomas said he loses ‘less watts’ than most when high altitude is a serious factor. When it comes to team tactics, they will respond to any given situation as each stage develops.

‘Pinot had a good couple of days in the Pyrenees, but on the other hand you’ve got these two guys,’ said Brailsford. ‘Geraint knows how to win the race and I thought he finished brilliantly on Sunday. The way you finish a stage on a climb is important.

‘When you get into the high Alps, over 2,000m, sustained climbing at altitude is a big challenge. And you’re in the third week. That’s when the real difference is going to be made in this race.’

Thomas nodded in agreement. ‘Obviously on the Tourmalet I wasn’t feeling 100 per cent. But I think it was more just a fuelling thing over a few days more than anything else,’ he said.

‘Like Dave said, you win a Grand Tour by being good all the way through and managing your effort all the way through. Not going into that deep, deep red zone too often. Save that for the final day or two. I feel like I’ve managed that effort really well and I’m feeling good for it. I’m looking forward to the Alps. I have fond memories there and I’m looking forward to those long climbs.’ 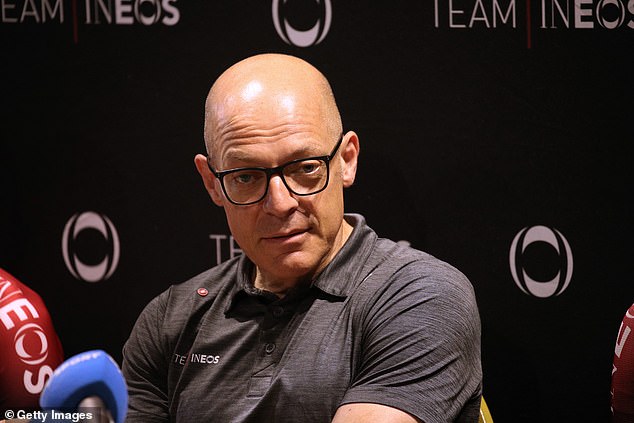 Thomas said he would ‘relish’ the chance to be the Briton taking on two Frenchmen. ‘Bring it on,’ he added.

Brailsford said a key difference this year, aside from Alaphilippe’s unexpected performances, is the speed of the peloton on the penultimate ascents.

The data apparently suggests they are moving significantly quicker, as the sight of riders like Adam Yates being dropped before the final climb has underlined.

Marc Madiot, the head of Pinot’s Groupama-FDJ team, suggested there would be no dip in intensity. ‘We intend to attack at every opportunity,’ he said. 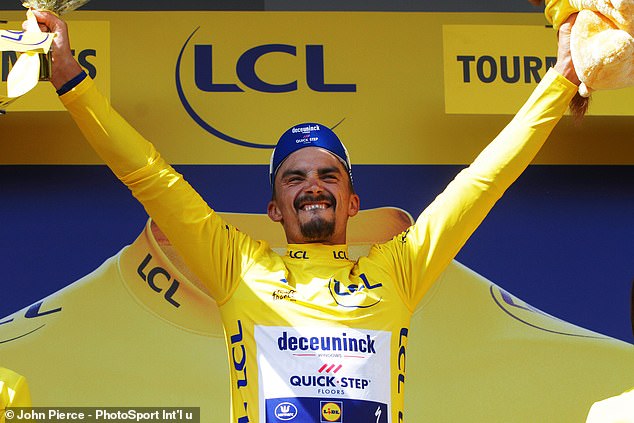 Against most predictions, Julian Alaphilippe remains in possession of the yellow jersey