Christian Eriksen’s agent says the Danish midfielder is in ‘good shape’ after Inter Milan announced they would have to sell the player.

The 29-year-old was fitted with an implantable cardioverter defibrillator (ICD) after suffering a cardiac arrest while playing for Denmark against Finland at Euro 2020 in June, to regulate any further changes in his heartbeat.

Inter Milan confirmed they were looking to sell the player as Serie A rules prevent players from playing in competitive games with a defibrillator, but Eriksen could theoretically continue his career in another country. 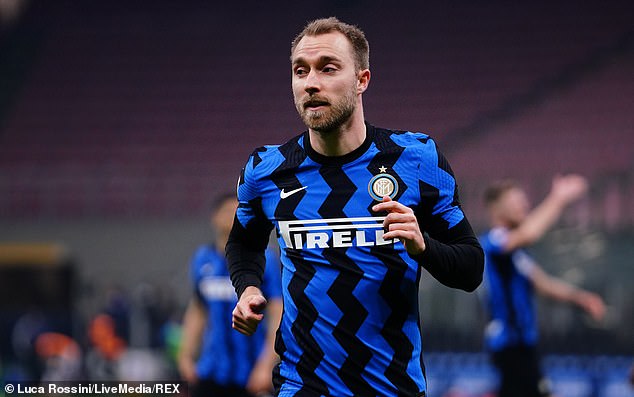 Responding to Inter’s announcement about his future, his agent Martin Schoots told Goal: ‘The statement is a message from the company FC Internazionale Milano SpA to its shareholders.

‘Christian is doing well. He is spending a lot of quality time with his family. He is in good shape. When there will be more news, it will be communicated.’ 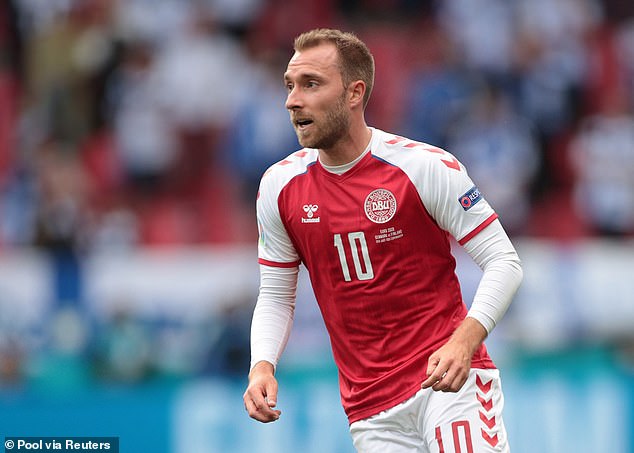 Italy bans players at both amateur and professional level from competing if they have any significant heart abnormalities, and Francesco Braconaro, a member of the Italian FA’s technical scientific committee, revealed the Dane must have it removed to play in Italian football again, as it will show he has no further heart problems.

Ajax defender Daley Blind, for example, was also fitted with an ICD after being diagnosed with heart muscle inflammation, but has continued playing for the Eredivisie champions, as well as internationally for Holland.

In their statement, Inter said: ‘With reference to the registration rights of Eriksen, it should be noted that following a serious injury occurred during the European Championships in June 2021, (he) was temporarily inhibited by the Italian medical authority from sporting activity for the current season. 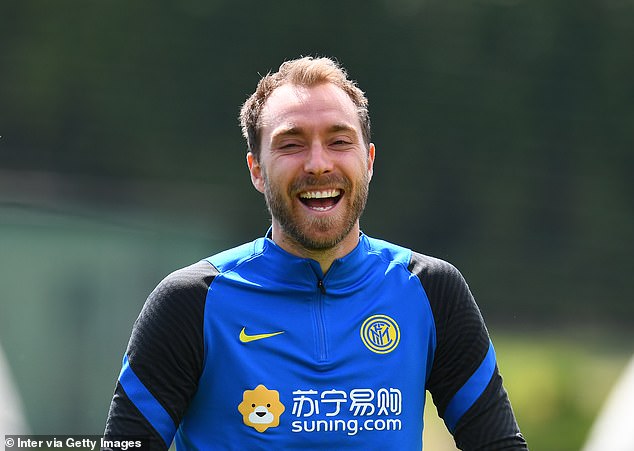 ‘Although the current conditions of the player are not such as to allow the achievement of sporting fitness in Italy, the same could instead be achieved in other countries where therefore the player could resume competitive activity.’

During the game against Finland, Eriksen collapsed suddenly with no one near him, received immediate CPR treatment from medical staff and was then taken to hospital.

Captain Simon Kjaer, who comforted Eriksen’s partner Sabrina, and English referee Anthony Taylor were praised for their swift and empathetic response to the tragic events. 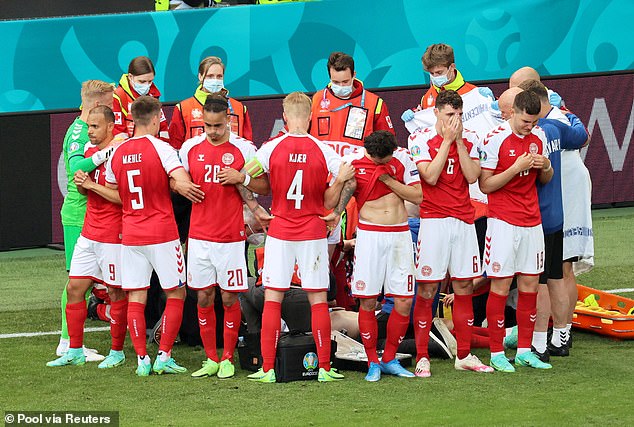 Images of his collapse shocked the world, with team-mates around him to give him privacy 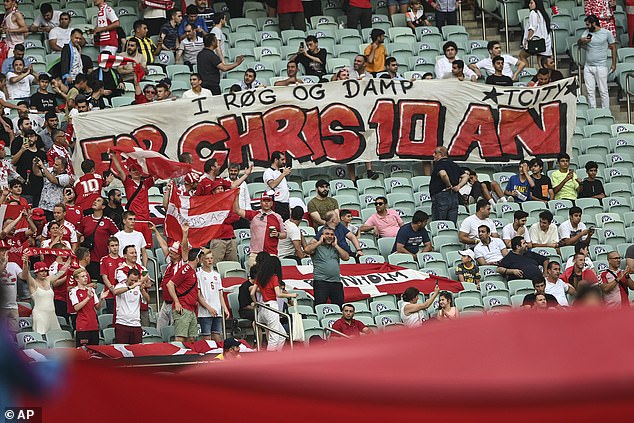 The match was postponed just after 6pm that evening and Eriksen was seen sitting upright whilst being stretchered off with an oxygen mask on his mouth just minutes later.

He was admitted to hospital before the Danish FA confirmed that he was awake and conscious, while his agent Michael Schoots revealed later that evening that he was able to speak and talk whilst receiving more checks.

The Denmark players then decided to finish off the match after hearing the news of Eriksen’s recovery.