CHRIS WHEELER: Romelu Lukaku can still catch Cristiano Ronaldo as Euro 2020’s top scorer after Belgium knocked out Portugal with both needing rough treatment from opposition defenders to stop them

By Chris Wheeler for MailOnline

Given the damage both players are capable of inflicting, you could hardly blame Belgium and Portugal for doing whatever it took to keep Cristiano Ronaldo and Romelu Lukaku quiet.

Presented with an opportunity to leave one on Ronaldo in the first half, Thomas Meunier produced a body slam straight out of WWE.

Ronaldo’s response, letting out a scream that could be heard around La Cartuja stadium and mischievously clutching his face, was equally befitting of a wrestling ring. 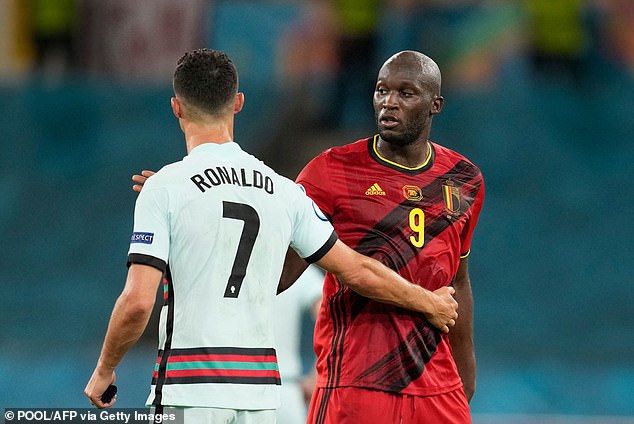 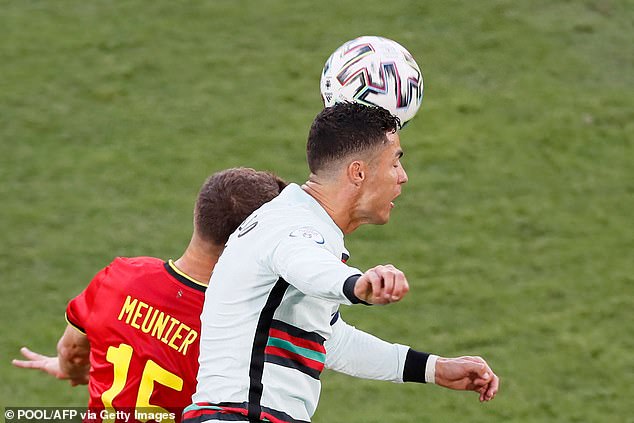 Lukaku, meanwhile, remained relatively quiet until he was given a chance to be at his bulldozing best in the 37th minute.

The Belgium striker set off towards goal with Joao Palhinha in tow. Literally. The Portugal midfielder clutched onto Lukaku’s shirt for a good 20 yards like he was water skiing off the back of a boat.

This is what happens to great goalscorers, and they don’t come much greater than these two right now. 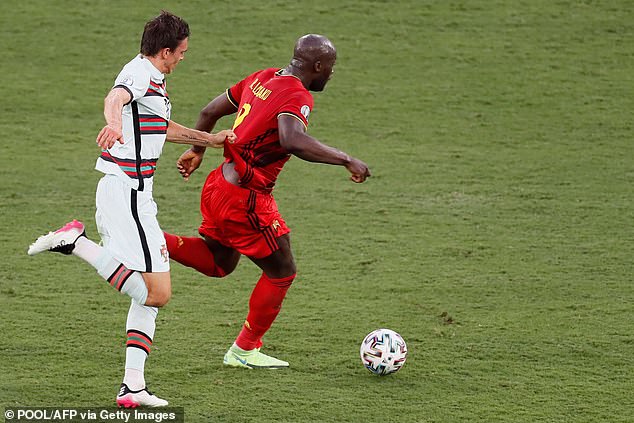 Ronaldo’s track record speaks for itself. Five goals at Euro 2020, now the top scorer ever in this tournament and one shy of eclipsing Iran’s Ali Daei as the most prolific international player of all time.

He beat Lukaku 36-30 to finish as the top scorer in Serie A this season too, although the big Belgian had the last laugh as Inter Milan took the title from Juventus.

Lukaku’s strike rate on the international stage is actually better too – 63 goals in 97 matches compared to Ronaldo’s 109 goals in 179 – even though they are very different types of players. 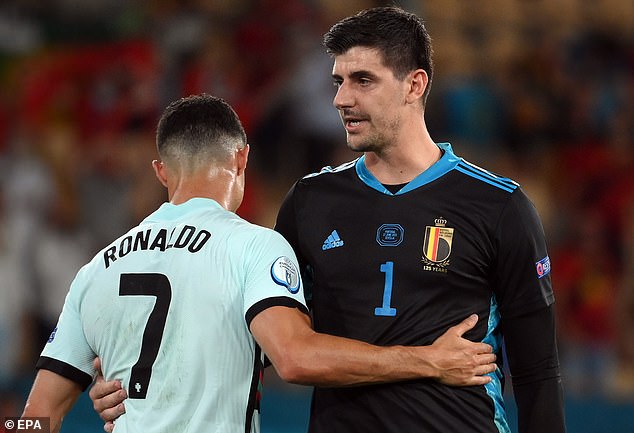 He feels a little underrated compared to the best strikers in the world. ‘They are called world class but when it comes to me, it’s just considered good form,’ sniffed Lukaku on the eve of this game.

After all the hype, it was perhaps to be expected that neither man added to their total here.

Ronaldo had a piledriver of a free kick beaten away by Thibaut Courtois in the first half and wasted another effort, but couldn’t get Portugal back in the game after Thorgan Hazard’s strike despite a frantic late push. 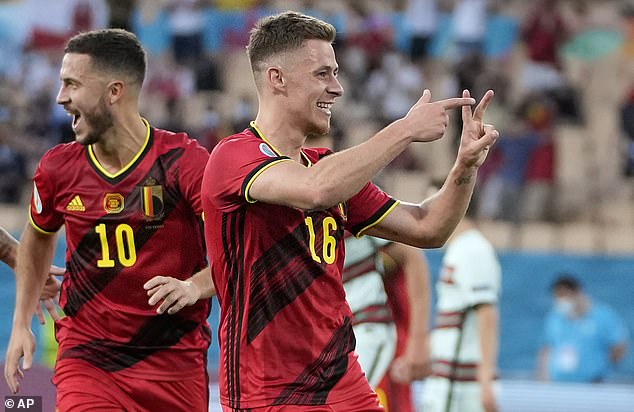 Lukaku flashed a shot just over in the 63rd minute and was equally awry with a free kick effort of his own.

But his hold-up play and powerful runs also gave Belgium a vital outlet as they soaked up the pressure.

He is the one who marches on in Euro 2020 with an opportunity to add to his three goals in the tournament. This could be his moment yet.