Celta Vigo 0-2 Real Sociedad: Visitors extend lead at top of LaLiga to three points thanks to goals from Alexander Isak and Aritz Elustondo

Real Sociedad moved to the top of LaLiga with a 2-0 win at Celta Vigo.

Sociedad have been the surprise package of the season and extended their unbeaten run to 10 games, moving three points ahead of Real Madrid – who have a game in hand – at the summit.

Having survived an onslaught from Celta in the first half, Alexander Isak opened the scoring for the visitors nine minutes after the restart when he tapped into an empty net. 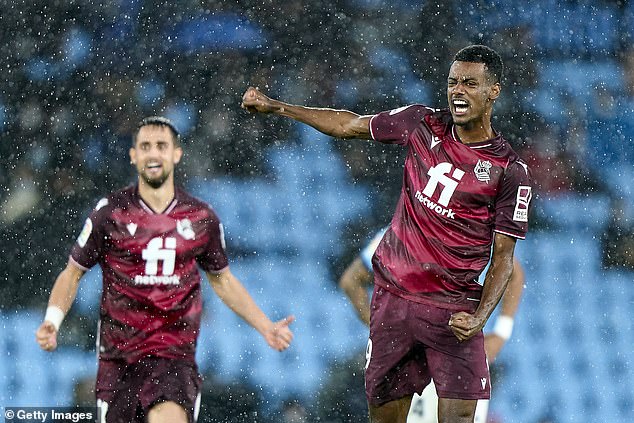 Aritz Elustondo made the game safe 11 minutes from time when he headed home from a corner.

Celta will be scratching their heads as to how they ended score with former Arsenal and Brighton goalkeeper Maty Ryan in imperious form, making six saves throughout the 90 minutes.

The Australian shot stopper’s highlight of the match was a brilliant double save to Denis Suarez and Santi Mina just minutes before the half-time break. 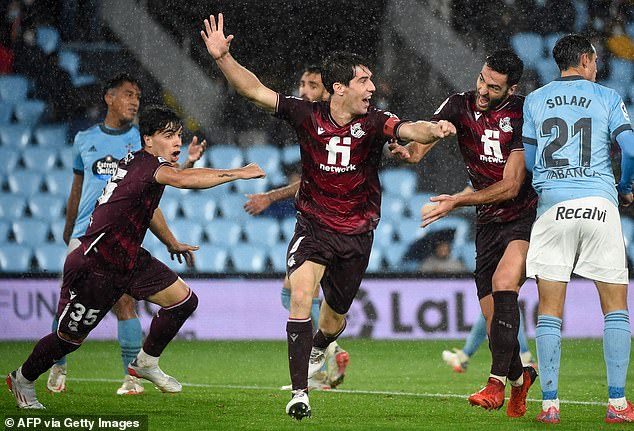 That double stop looked even more impressive when Isak put the visitors in front on 54 minutes for the Swedish striker’s second goal of the season.

Ryan then produced another brilliant double stop to deny former Liverpool striker Iago Aspas, with the Sociedad goalkeeper denying Mina once again at the rebound.

Elustondo wrapped up the vital three points when he crashed home a header Mikel Merino’s corner as the rain began to fall in Galicia.

Under club legend Imanol Alguacil, Sociedad are continuing their rise up Spanish football after winning the Copa del Rey final earlier this year.