Maddison has not been at his best this term and after losing his place in the starting XI for last weekend’s 2-2 draw with Burnley, he was also named among the substitutes for the 1-0 defeat by Legia Warsaw in the Europa League on Thursday.

His preparations for last season were curtailed due to the problem, which meant he did not start a league game until October. 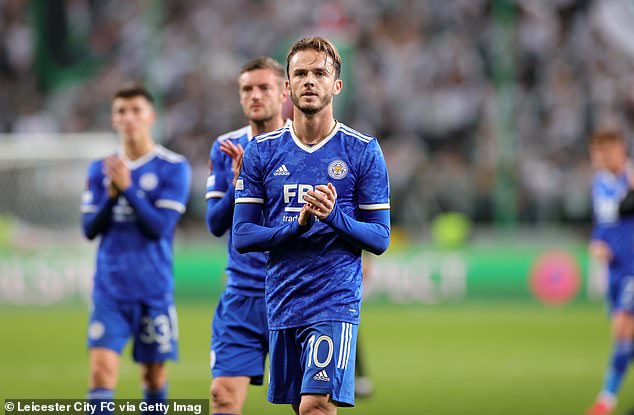 Maddison then showed superb form in the winter, only for the hip to flare up again in February and sideline him for another five weeks.

Though he returned to the side for the run-in, Maddison was not at his best and he has also laboured in the early weeks of this campaign – just like Leicester.

‘We’ve spoken [about it],’ said Rodgers. ‘He understands where he’s at and he’s got that feeling himself. So it’s just connecting again to the big picture. 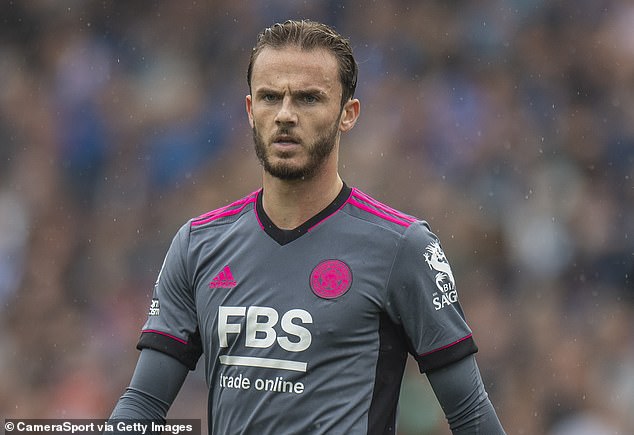 ‘These are young players and, for some of them, this is the first bump in the road they’ve had.

‘If you think of James’s career since he was 16-17, he’s always played regularly and the moves he’s had have been great. But football is not always like that.

‘However he’s responded really well and is working really hard. I’ve no doubt that by the end of the season he will have made a great contribution.’

Maddison’s appearance as a second-half substitute in Poland could not change the result but boss Rodgers was encouraged by his playmaker’s display. 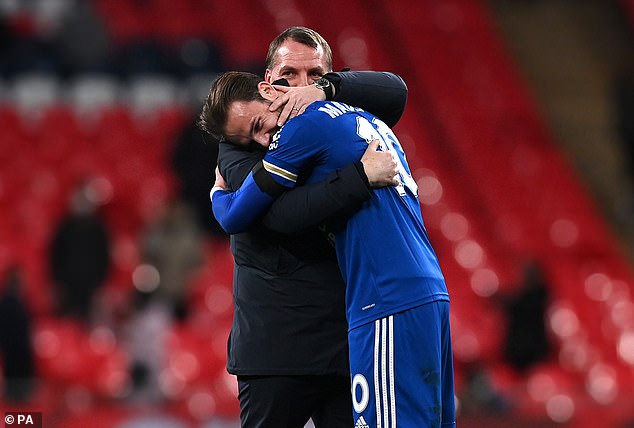 Rodgers has held talks with Maddison, who is now ‘just connecting again to the big picture’

‘I don’t think there’s any doubt he will be back to his level,’ said Rodgers. ‘I thought he was much better when he came into the game. That was more like him.’

Maddison attracted strong interest from Arsenal during the summer but the Gunners were unwilling to meet Leicester’s asking price of about £60million.

He also became a father for the first time in August. 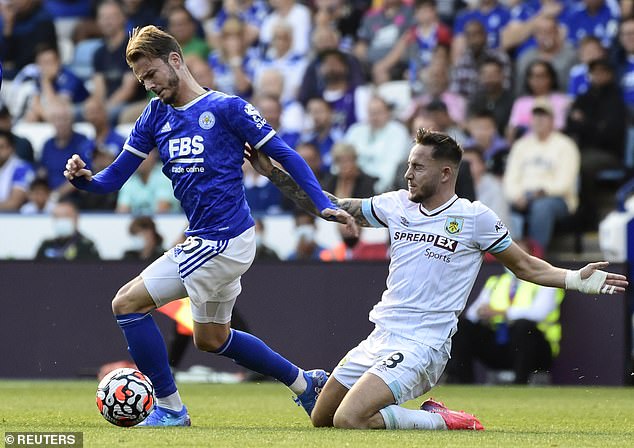 Rodgers may opt to restore Maddison to the line-up at Crystal Palace on Sunday although Wilfred Ndidi – another key player – seems likely to miss out.

The midfielder, who was suspended for the Legia game, damaged a hamstring against Burnley and has been left out of the Nigeria squad for their forthcoming World Cup qualifiers.

Ndidi’s international colleague Kelechi Iheanacho is available again after he was turned back at Warsaw’s Chopin Airport on Wednesday because of a problem with his documentation.

October 12, 2021
Eintracht Frankfurt goalkeeper Kevin Trapp has a firework thrown at him...