There is a reluctance in France to imagine how the scenes on the Champs-Elysees might compare to the night of the 1998 World Cup final if a Frenchman rolls into Paris in yellow on Sunday.

‘It will be crazy,’ said Philippe Mauduit, the directeur sportif of the FDJ team that boasts the favourite, Thibaut Pinot. ‘But then French people are crazy.’

For more than two decades they have not been quite as crazy about the world’s biggest bike race. Too many doping controversies, dating back to the Festina scandal in 1998, and the absence of a champion since Bernard Hinault in 1985 have had an impact. ‘There has been a lot of disaffection with the race,’ said one prominent French journalist this week. 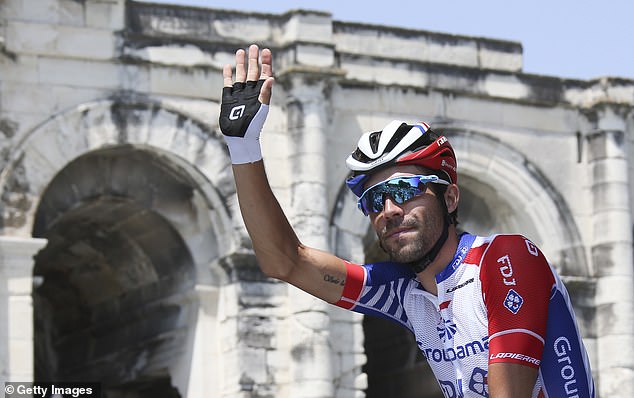 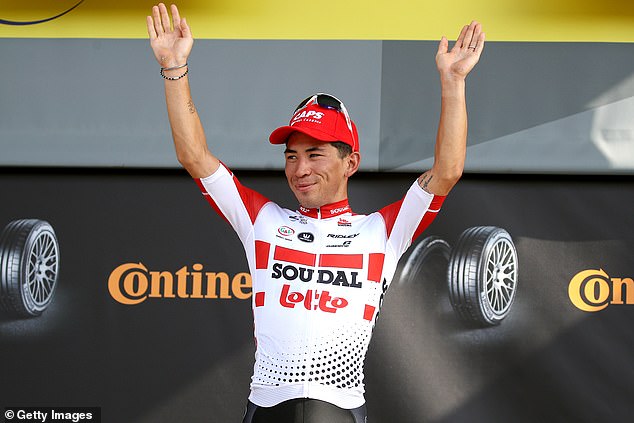 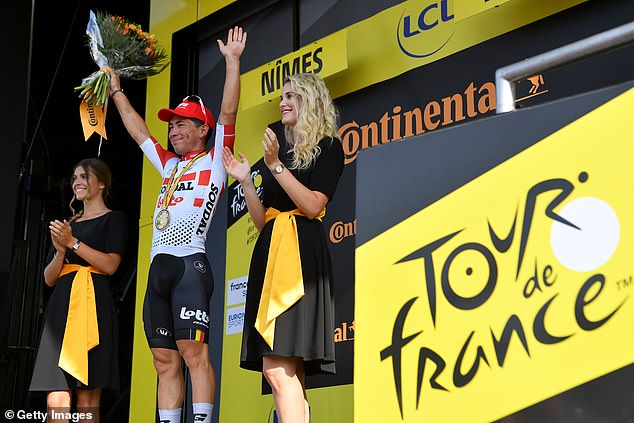 But the efforts of first Julian Alaphilippe and then Pinot have caught the attention of a nation rapidly rediscovering its love for the sport.

When the peloton was climbing the Tourmalet last weekend, the Tour commanded a 50 per cent share of the French television audience. By the time Pinot burst away from the main contenders to take the stage, it was up to 60 per cent.

Pinot’s team bosses, namely Mauduit and the irascible Marc Madiot, are doing their best to manage expectations when three brutal days in the Alps are still to come this week and bad luck can play its part.

Only on Tuesday Geraint Thomas was reminded of how precarious life can be in the peloton when he took a corner with one hand off the handlebars and hit the deck. He escaped with a nasty cut to his knee and trails leader Julian Alaphilippe by 1min 35sec, with Pinot 15sec further back. 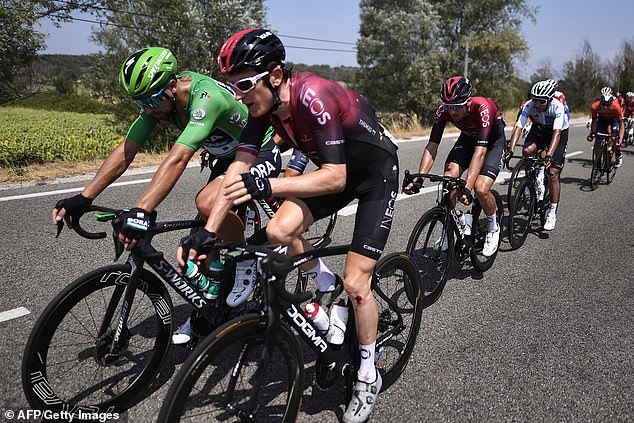 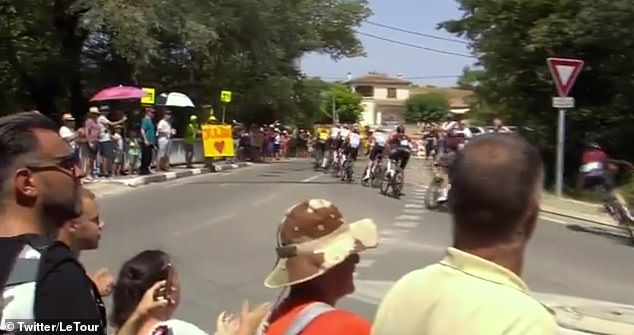 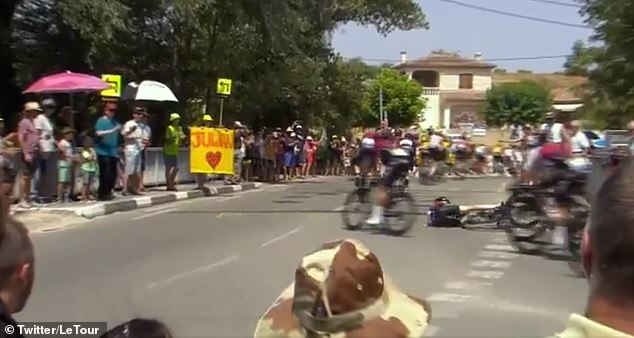 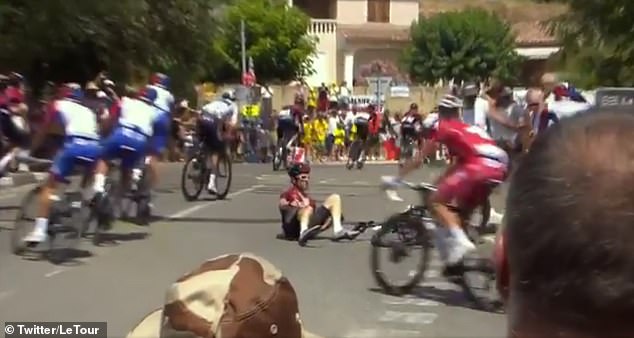 What Mauduit and Madiot could not resist was making a comparison between the ‘Latin’ French and ‘Anglo-Saxon’ Team Ineos in the way they approach the Tour. In their view, and it was clearly a dig, the team previously known as Sky have ‘steamrolled’ their opponents in recent years while Pinot and Alaphilippe attack with style and flair.

‘That’s true cycling,’ said Mauduit. ‘The cycling people like to see it. Everybody hates it when there is a team pulling in front and dropping everybody with the steamroller. Everybody hates that because it’s not spectacular. Everyone wants to see attacks and counter attacks. Thibaut is one of those guys making things happen, so people love him more.

Emotions were running as high as the temperatures on Tuesday. Caleb Ewan won the sprint – his second stage win of the Tour – as teams ran out of bidons it was so hot. Peter Sagan complained that the riders need more protection, warning that it will be ‘suicide’ if they have to endure such conditions in the Alps.

It promises to be another hot one on Wednesday for a lumpy stage to Gap. Fortunately, however, the temperatures are due to drop, which for France is just as well, given Pinot’s problems with the heat in the past. 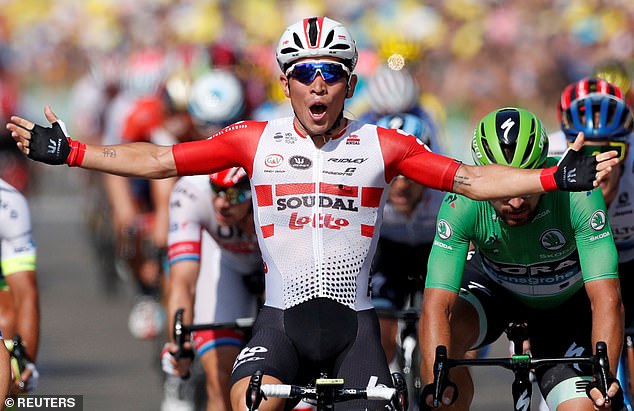