By Jordan Seward For Mailonline

Paris Saint-Germain are now confident of clinging on to Kylian Mbappe, with club chief Leonardo insisting the striker will sign a new contract despite the intense speculation around his future.

Mbappe’s deal expires at the end of the season and he has already knocked back three improved offers from PSG in efforts to finally seal a switch to Real Madrid.

The LaLiga giants had two offers rejected late on in the summer transfer window for Mbappe and were plotting to resume talks with him in January over signing him on a free at the end of the season. 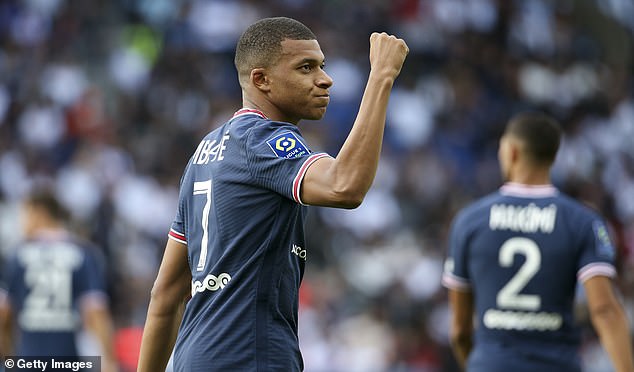 Kylian Mbappe’s future is still up in the air, but PSG are unconcerned and confident he’ll stay

PSG chief Leonardo appeared resigned to losing Mbappe only weeks ago when he confirmed the Frenchman wanted to quit the club to join Madrid.

However, the Brazilian has changed his tune and now believes the striker will remain a PSG player beyond this season.

Discussing his future, Leonardo told Canal Plus: ‘I don’t see Mbappe leaving at the end of this season. Nobody is thinking about the future of Paris Saint-Germain without Kylian.

‘Kylian sort of represents the difference between the superficial and the deep. Kylian’s relationship with Paris Saint-Germain is deep. That’s why we don’t think about anything else.

‘Kylian represents many things. Not only because he is French or one of the best players in the world. He has a way of being that we like and one that everyone likes.’

It would come as a huge blow to Madrid if that were the case considering the Spanish giants have relentlessly pursued his signature over the past couple of years. 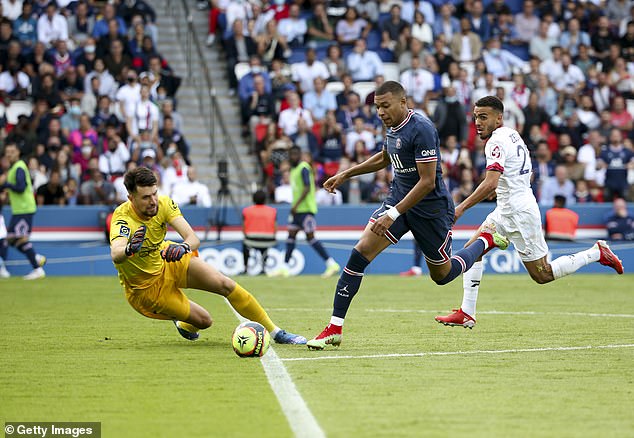 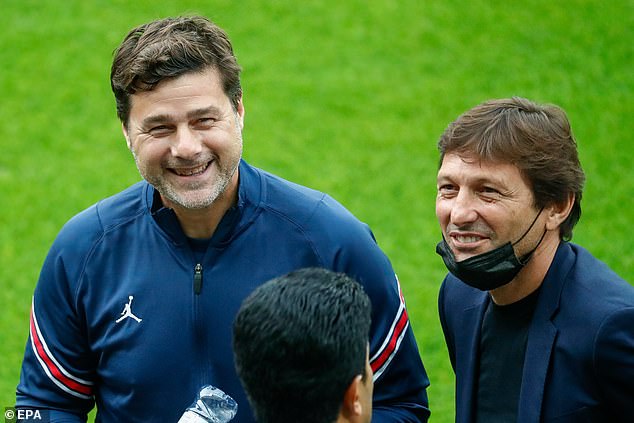 As things stand, Mbappe will still be able to discuss a pre-contract agreement with Madrid in January and their club president Florentino Perez is still understood to be confident of finally bringing him to the Bernabeu.

Madrid tried to agree a fee with PSG in the summer for the striker in vain, seeing their highest offer of £154million turned down despite the World Cup winner’s precarious contract situation.

If PSG cannot reach an agreement for Mbappe to stay, they stand to lose a player they spent £166m on only four years ago for nothing.

The 22-year-old has predictably made a brilliant start to the new season, scoring four goals in five games for PSG, and will look to add to that impressive tally when the Parisians start another Champions League bid away at Club Brugge this evening. 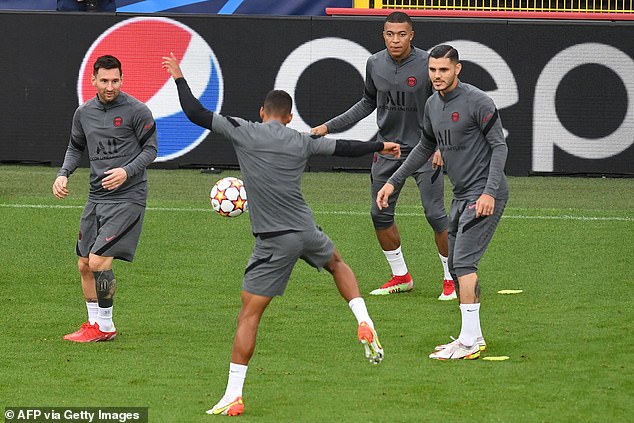 Lionel Messi (left), Mbappe (back) and Co are preparing to kick off PSG’s Champions League campaign ahead of this evening’s clash with Club Brugge