Batman rises… but Chelsea fans aren’t so happy! Blues outcast Michy Batshuayi is unveiled as Besiktas’ new loanee superhero – but only after signing a contract extension following failure to find a permanent buyer

Michy Batshuayi’s season-long loan to Besiktas has been officially confirmed in a hilarious superhero-themed announcement video.

However, Chelsea have tied the Belgian striker down to a new two-year contract extension, running until 2023, causing consternation among supporters.

The move to the Turkish Super Lig side is his fifth spell away from the club since signing from Marseille back in 2016, leading fans to question why his deal was lengthened. 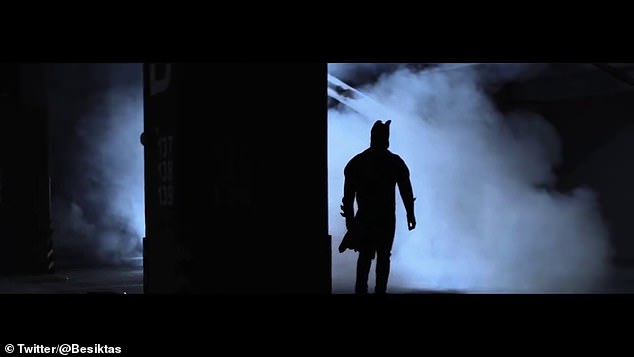 The Blues striker, nicknamed ‘Batsman’, dressed up as a superhero in the viral social media clip 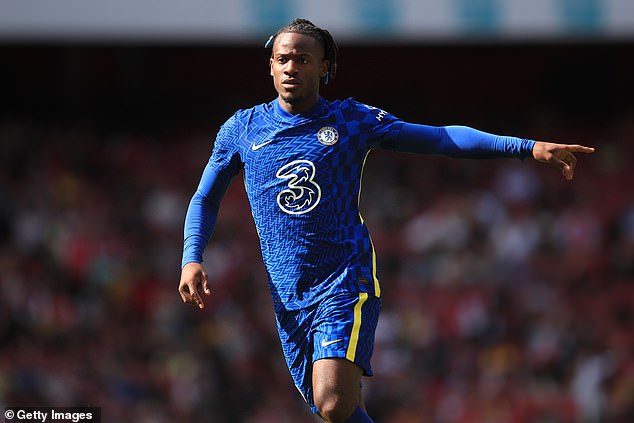 Borussia Dortmund, Valencia, and two spells at Crystal Palace have provided mixed returns,  leading Blues fans to question why the club sanctioned a two-year extension only to send him on loan again.

Another asked: ‘Why do we extended (sic) Michy Batshuayi contract? Do we make money loaning these players? That must be the only reason #CFC’

With big-money signings Romelu Lukaku (£98m), Kai Havertz (an initial £62m) and Timo Werner (£48million) competing for one spot up front, Batshuayi, now 28, is highly unlikely to break back into the squad.

The club’s likely rationale was to maintain his transfer value and avoid losing him on a free transfer, hoping a permanent buyer will come in for him if he impresses at Vodafone Park with Besiktas, but that didn’t stop frustrated fans complaining online.

He scored nine and 10 goals in all competitions in his first two seasons respectively at Stamford Bridge, including a crucial goal against West Bromwich Albion in May 2017 which sealed the club’s Premier League title.

In total he has scored 25 goals in 77 appearances in all competitions for Chelsea, but has struggled to secure a regular starting spot in the first team. 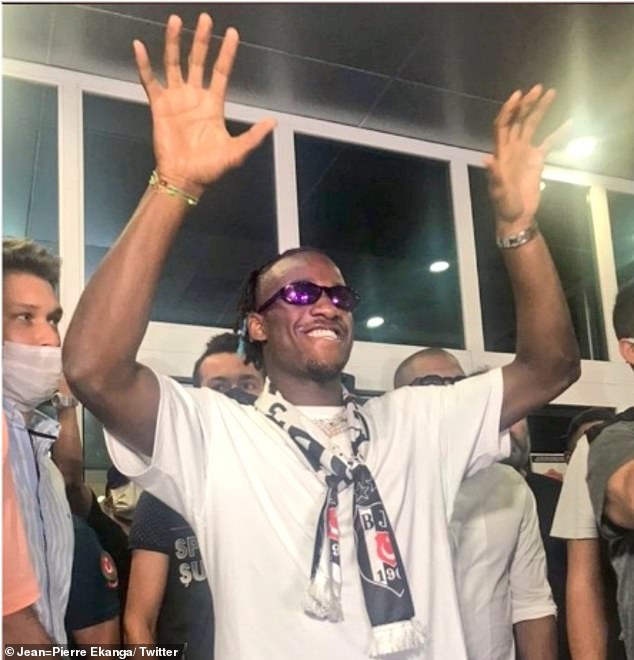 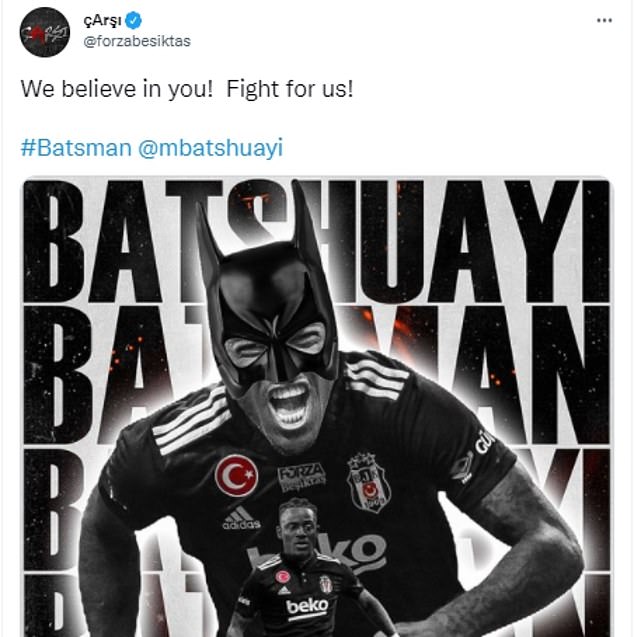 The 35-cap international received a hero’s welcome in Istanbul after touching down to complete his move earlier this week.

Flash bulbs went off as Batshuayi emerged from a buzzing throng of people when he arrived in Istanbul on Monday night, wearing sunglasses and a Besiktas scarf while waving to supporters who had gathered to greet him.

The announcement video begins with the phrase ‘The Batsman Rises,’ before the bat signal is beamed into the sky and Batshuayi walks out onto the pitch in full costume, subsequently unmasking himself and looking into the camera.

Besiktas also tweeted a welcome message to their new striker with Batshuayi mocked up in a Batman mask and the message: ‘We believe in you! Fight for us!’ 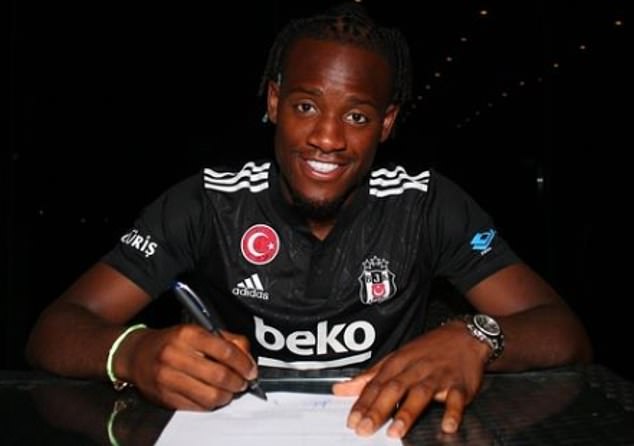 Batshuayi spoke out on his Instagram page after the move, calling it an ‘incredible opportunity’

He had looked sharp recently in a 13-0 thrashing of Weymouth in a behind-close-doors friendly, scoring five goals and prompting some fans to joke that Lukaku should be sent back to Inter.

He said on Instagram after the move was confirmed: ‘Very very happy to join @besiktas (eagle emoji). An incredible opportunity for me and I’m already looking forward to play.

‘Thank you to all the fans for the crazy welcome at Istanbul (love heart emoji). See you at the stadium very soon (three fire emojis) #batsman’

Batshuayi could make his debut for his new side, who won their domestic opener 3-0 against Rizespor, taking on Gaziantep on Saturday.

German football chief reveals 94% of players and staff in the...