Messi who?! Martin Braithwaite scores his first LaLiga goals since December 2020 as Ronald Koeman’s Barcelona side begin their new era without the Argentine star with a win… with Gerard Pique and Sergi Roberto also on target in season opener

By Pete Jenson for MailOnline

Gerard Pique led from the front as Barcelona put all the gloom and doom of Lionel Messi’s departure to one side to win a six-goal thriller at the Camp Nou.

It was Pique taking a pay-cut on Friday that enabled Barcelona to register Memphis Depay and the former Manchester United and Lyon striker repaid him the favour on 19 minutes when he whipped in a free-kick that Pique headed past Neto for the opening goal.

‘It means a lot to me,’ said Pique of his wage sacrifice after the game. ‘I have grown up here, I played here for a long time and lived here for most of my life. It was the gesture that was required.’ 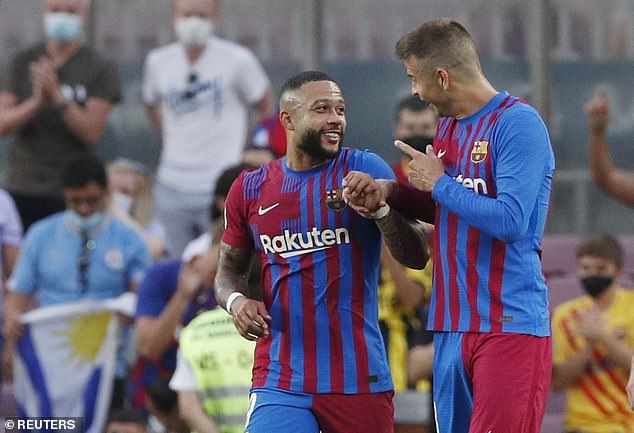 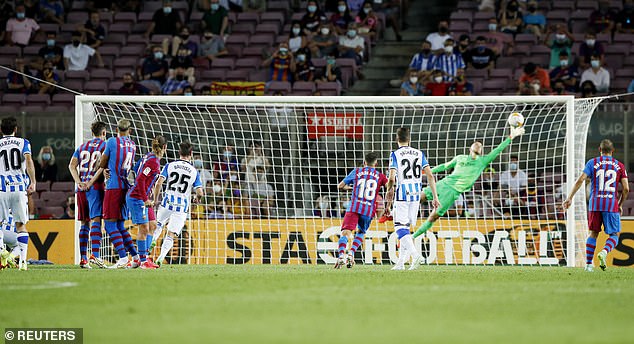 He also said that other club captains Jordi Alba, Sergi Busquets and Sergio Roberto were about to make similar gestures. ‘I have been in contact with the other captains and they will take the same steps soon. It was a question of timing that I did it first but we are all prepared to make the necessary adjustments.’

There had been banners around the ground before the game that declared: ‘Judas Laporta cheated Messi’ and ‘Laporta Liar’. Another accused the Barcelona president of being in cahoots with Real Madrid president Florentino Perez and another simply said: ‘Messi in Paris, Laporta in Ibiza’ referring to his recent holidays after the former Barcelona captain’s departure.

But any chance of there being a funeral march atmosphere in the first half of the first game post-Messi were blown away by Barcelona’s bright and breezy first half performance.

Eric Garcia was another one of the debutants and it was his pressing high up the pitch that helped create the second goal. He forced an error from Adnan Januzaj and from it Frenkie de Jong crossed for Martin Braithwaite to score.

Braithwaite is one of those who could still be moved out before the transfer window shuts but on his showing Barcelona should be keeping the Dane he got the third on the hour mark when a clever pass from Memphis sent Alba down the left and his crossed was palmed out by Alex Remiro. Braithwaite accepted the gift and it was 3-0. 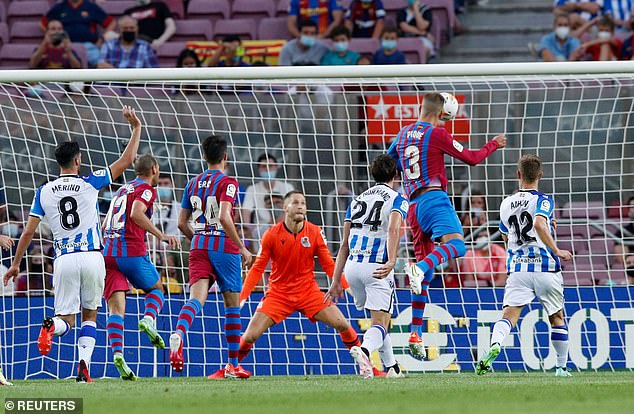 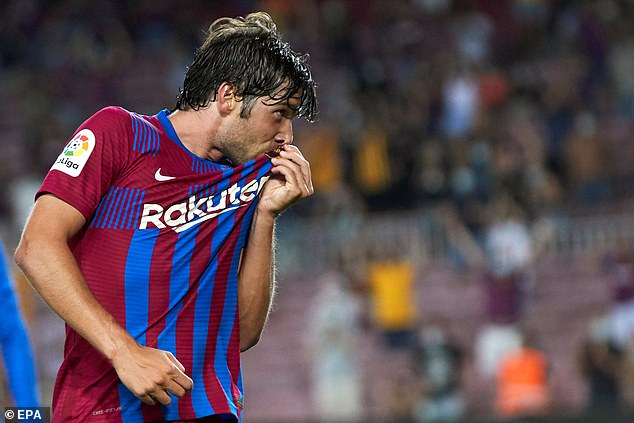 It should have been game over but a flurry of changes from Ronald Koeman and some looser defending from Barcelona allowed Real Sociedad back into the game. Ander Barrenetxea set-up Julen Lobete to make it 3-1 on 82 minutes and when substitute Nico Rodriguez was adjudged to have fouled Mikel Merino allowing Mikel Oyarzabal to slam in the free-kick and make it 3-2 with five minutes left.

Barcelona got their fourth on 91 minutes when Sergi Roberto scored from close range after Antoine Griezmann had released the outstanding Braithwaite.

Griezmann also had the ball in the net from an offside position in the second half and hit the crossbar in the first half. Barcelona certainly don’t look to be short of firepower as they look to find the 30 league goals that Messi will not be scoring for them this season.

On ten minutes of the first half Barcelona supporters chanted Messi’s name as expected. But when some tried to do the same 10 minutes into the second half their noise was drowned out by supporters chanting Barça.

There will be evenings when they miss him terribly, but this was not one of them and the emphatic win gives them the perfect start to their first campaign without him. 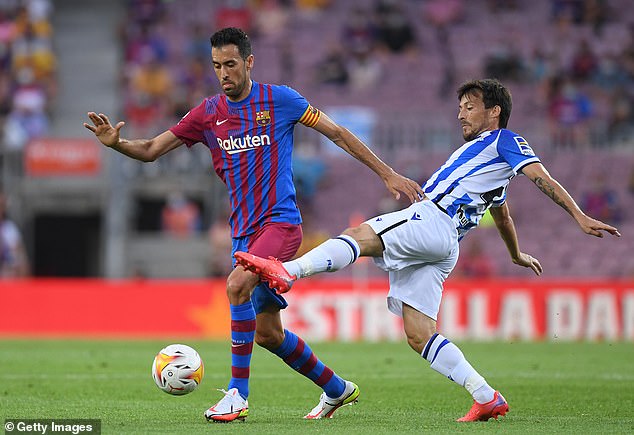 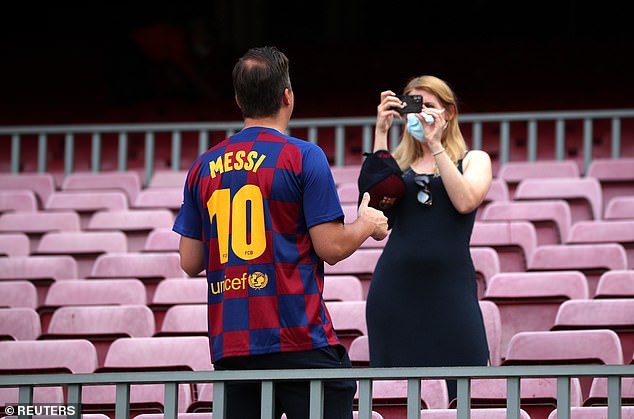 Fans in the Nou Camp chanted Lionel Messi’s name at points of the game, missing their hero

July 23, 2021
Dare we say it, but so far this has been a productive summer for Manchester United. Jadon Sancho is through the door, and...