By Darren Boyle for MailOnline

The incident took place following the Euro 2020 final on Sunday (11 July), at 11.20pm – as crowds of defeated football fans poured onto the tube at Embankment after watching the game in Trafalgar Square.

In the video, two women and a man, believed to be in their late teens, are seen sharing a lighter as they light up their cigarettes whilst sitting shoulder to shoulder with passengers on the District Line carriage. 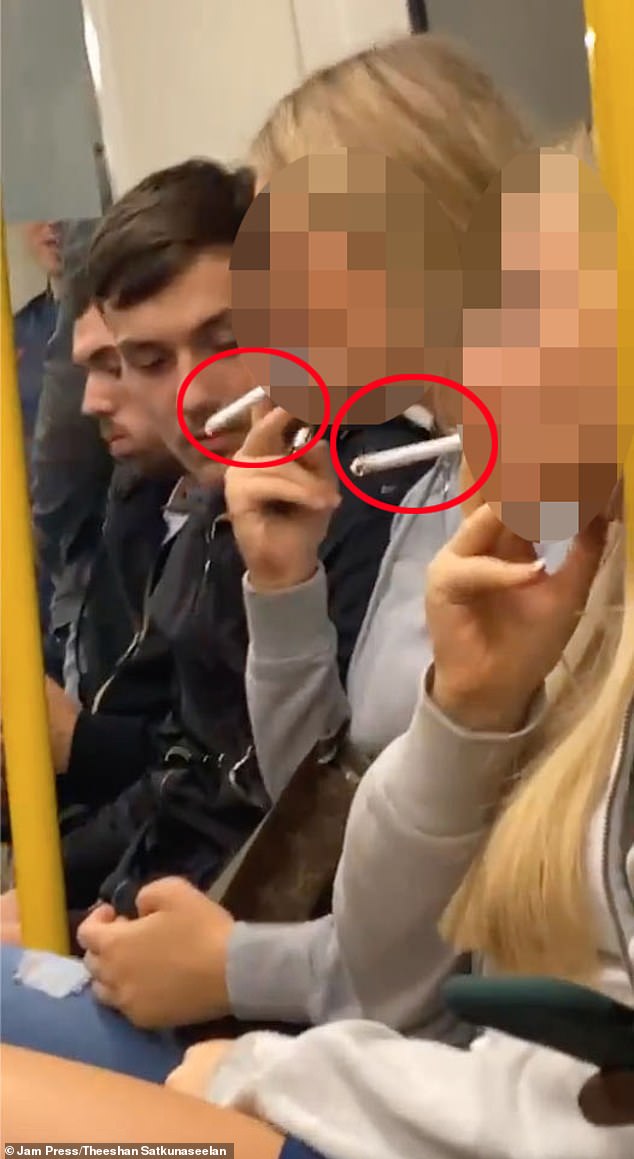 He said: ‘We will stick to our plan to lift legal restrictions and to lift social distancing, but we expect and recommend that people wear a face covering in crowded and enclosed spaces where you come into contact with those you don’t normally meet, such as on public transport.

‘It is different, sitting at an empty tube station to being in a crowded tube train we would as government expect and recommend people will wear masks.’ 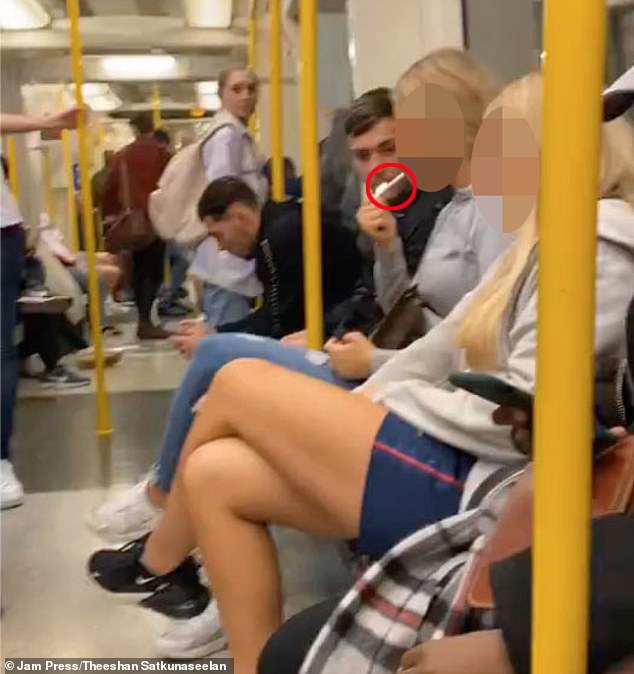 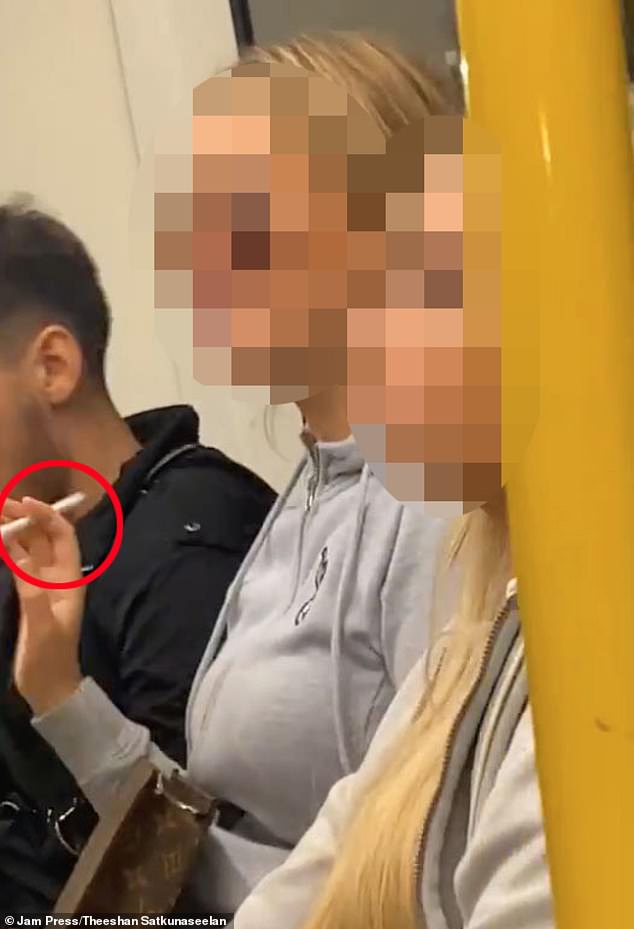 Theeshan Satkunaseelan, 23, filmed the incident on Sunday night. He said: ‘I didn’t really know what to do because you know you can’t really just snatch a cigarette out of someone’s mouth. So I just thought I’ll get a video, and share it online so other people can see’

Theeshan Satkunaseelan, 23, a marketing officer, captured the scenes on video as other passengers sat by and watched the carriage fill with smoke. ‘Obviously we just lost the game, so we jumped on the tube and everyone was quite sad, as you would be, then they were obviously quite drunk because of the whole day.

‘I was having a discussion with some randoms about the game while they were smoking and I was a bit far away from them but it was three people smoking and it was getting smoky and the smell was getting quite bad.

‘I didn’t really know what to do because you know you can’t really just snatch a cigarette out of someone’s mouth. So I just thought I’ll get a video, and share it online so other people can see.’

Smoking has been banned on London Underground since the Kings Cross fire in 1987 which claimed the lives of 31 people.

Euro 2020: Roberto Mancini boasts Italy ‘could have scored even more...