Team Ineos go into three massive days in the Alps, and three stages that will determine the outcome of the most mesmerising Tour de France in decades, without captain Luke Rowe after he became embroiled in an extraordinary clash with a rival team leader.

Hot heads certainly matched the searing temperatures as the peloton rolled into Gap behind stage winner Matteo Trentin, Jumbo-Visma’s Tony Martin swerving into the path of Rowe and almost sending him crashing off the road, before the Welshman foolishly retaliated by shoving the former world time trial champion in the face.

That led to Rowe and Martin being expelled from the race for what the official release termed as voies de fait (assault), leaving Geraint Thomas and Egan Bernal without a key member of their eight-man team for the climax of this Tour. 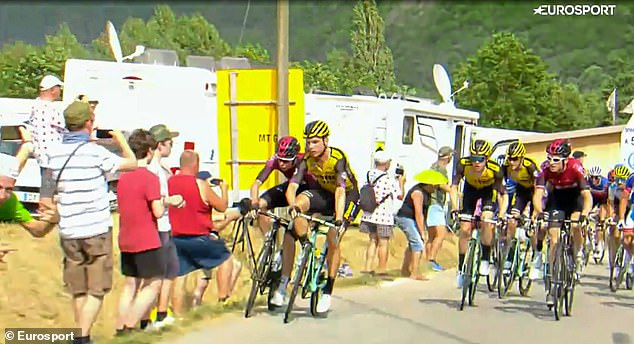 Sir Dave Brailsford described the punishment as ‘severe’ and ‘incredibly harsh’ after reviewing video evidence with Rowe and the UCI commissaires, but it means he now has to plan without the rider whose job it is to lead the team on the road.

On Wednesday night, both teams were planning to appeal. Rowe apologised and presumably Martin did the same because he too has a team-mate, Steven Kruijswijk, very much among the contenders to win this race.

While Rowe and Martin were unlikely to be involved when the road reaches the Alpine summits, they would have played a vital role in jostling for position at the foot of the main climbs. 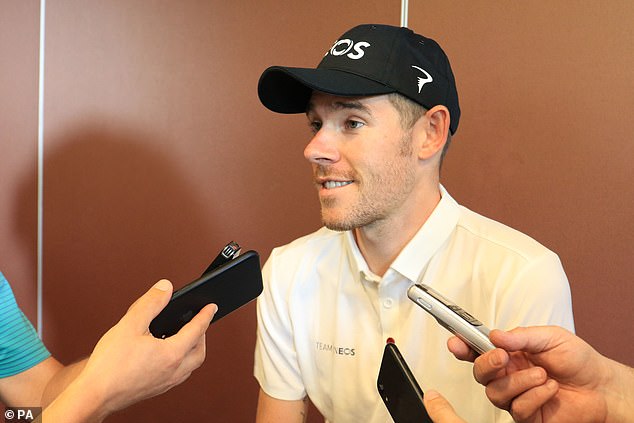 It was when doing precisely that at the front of the main peloton on Wednesday that they clashed, race leader Julian Alaphilippe revealing he had tried to act as peacemaker.

‘There was a lot of tension,’ said Alaphilippe. ‘Everyone wanted to be well positioned and I have seen something I didn’t want to see.

‘Maybe they were scared that I might attack, so I told them to calm down. I said I’m not the one who will attack today so we just have to remain quiet.’

By then, however, it was too late. Cycling’s answer to the video referee had seen enough to examine the evidence and now a decision has been reached that will favour Thibaut Pinot and the other riders considered the main threats to the ambitions of Thomas – who remains 95sec behind Alaphilippe – and Bernal.

Rowe was understandably devastated. ‘To come here with this team, a bunch of good mates, I’ve let them down and let myself down,’ he said.

‘We were both trying to do a job. Maybe we overstepped the mark slightly, but it feels harsh to be thrown off the race, both of us.’ 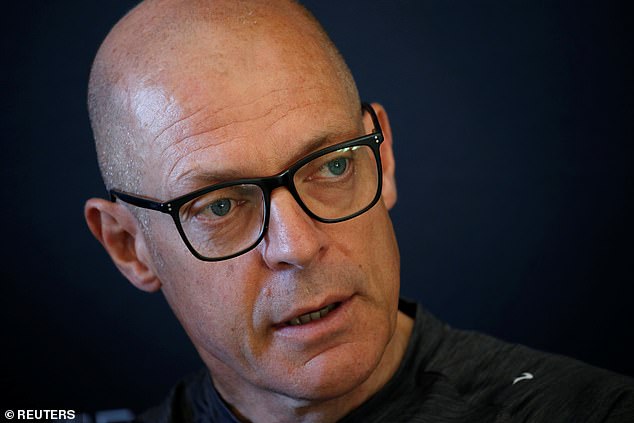