Thibaut Pinot’s dream of becoming the first French winner of the Tour de France for 34 years is over after the Groupama-FDJ rider was forced to abandon early on stage 19 to Tignes.

There was no sign of a crash for Pinot but the 29-year-old had dropped back to the medical car, with the Tour’s official feed suggesting he had suffered a bee sting.

Pinot attempted to continue for several kilometres but with his deficit to the peloton quickly growing, the clearly distressed rider climbed into a team car and out of the race with around 90km of the stage remaining. 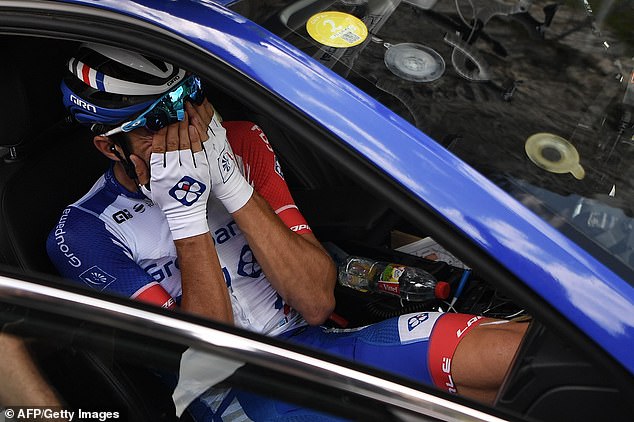 Pinot began the stage in fifth overall, one minute 50 seconds behind fellow Frenchman Julian Alaphilippe, who is expected to fall away over the final two Alpine tests but who has already exceeded all predictions for his time in yellow.

Team Ineos are in pole position to take over should that collapse come, with Egan Bernal in second, 90 seconds down, and defending champion Geraint Thomas a further five seconds back in third. 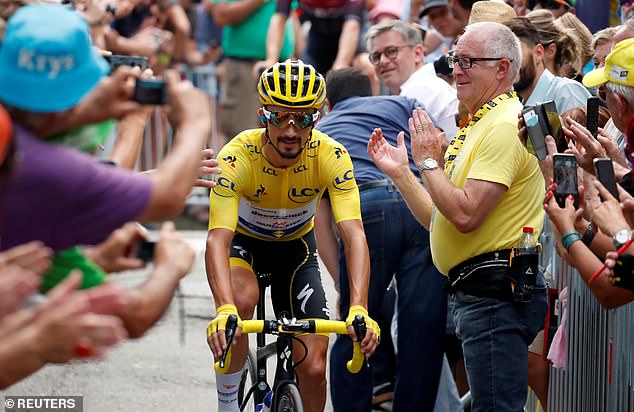 Pinot, who looked the strongest of the contenders in the Pyrenees last week, had been hoping to become the first French winner of the Tour since Bernard Hinault in 1985.

Home fans must now instead hope Alaphilippe can deliver the most unlikely of victories.

In a tweet, Groupama-FDJ confirmed it was a muscular injury for Pinot. 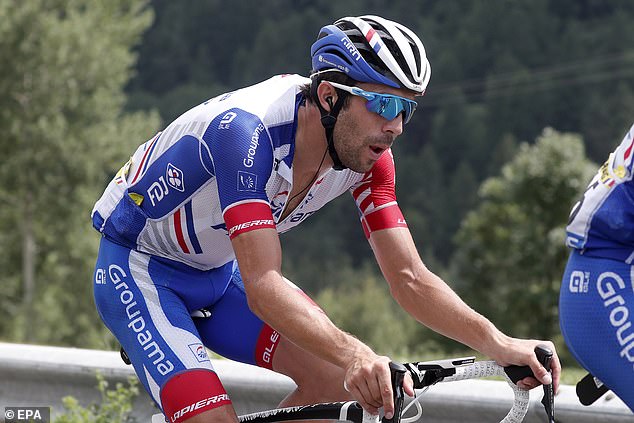 ‘Thibaut suffers from a muscular lesion on his left thigh. Yesterday, he finished stage 18 with a sharp pain and had troubles walking in the evening.

‘His condition didn’t improve today, he just withdrew from the #TDF2019’

Pinot’s sports director Philippe Mauduit told Francetelevisions he had been suffering with the injury since Wednesday.

‘As he avoided a crash, his left knee hit the handlebar and the pain just got worse,’ Mauduit said.

‘We’ve been hoping for an improvement but we knew this morning that it would be complicated if the race was hard. He’s been in pain since the start. It wasn’t possible to keep riding.’

October 12, 2021
Steve Bruce is set to be sacked this week as Newcastle United's new Saudi owners make their mark on the club they have...