Southampton have completed the signing of Romain Perraud from Stade Brest.

The 23-year-old French left-back has signed a four-year contract at St Mary’s.

The full-back was named in the France Football Ligue 1 team of the season in 2020/21. 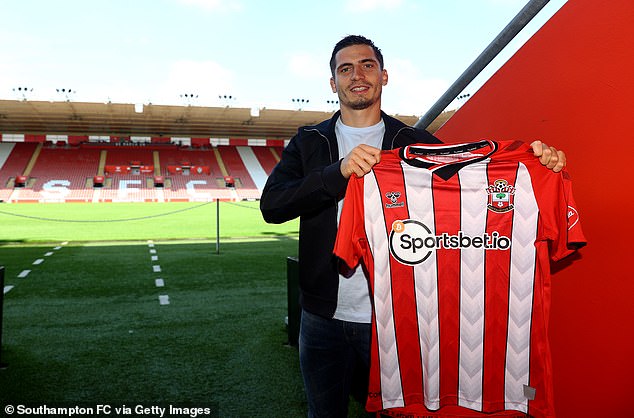 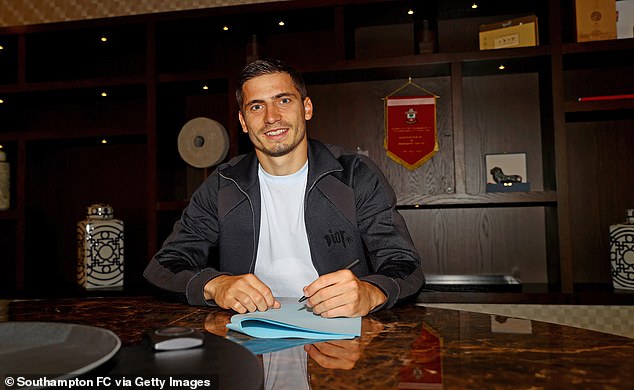 Boss Ralph Hasenhuttl told the club’s official site: ‘This is an important first signing for us. Clearly, left-back is an area in which we were looking to strengthen and we have tracked Romain for a long time because he fits our profile for this position very well.

‘He is a high energy, robust guy with good aggression who will bring lots of energy to our play. He has good quality with his delivery from wide and is very competitive with his defending.

‘Completing the transfer before the start of pre-season allows him to start training with us immediately, learning our way of playing and tactical behaviours. I think Romain will fit in well with us and we can help him develop his game further and maximise his potential.’ 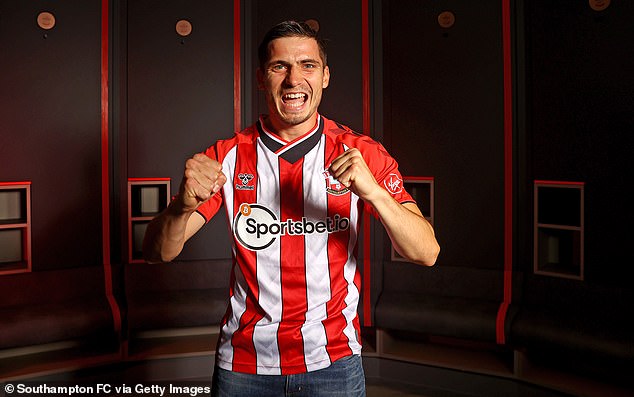 Perraud, capped eight times for France Under-21, began his career with Nice and moved to newly-promoted Brest in 2019, where he made 61 appearances, scoring three goals.

He joins with Ryan Bertrand poised to join Leicester after the end of his Saints contract.

Perraud said: ‘I’m very happy to be a Saint and I can’t wait to start this adventure.

‘I think it’s the best club for me. The manager explained to me the project of the club and for me that’s very important.

‘He spoke with me about tactics, of the way to play, and there are similarities in his play to mine. The feeling was very good, so now I’m here and I’m very happy.’