Nikita Parris joins Arsenal from Lyon in a deal worth up to £86,000, with the England star returning to the WSL after two successful seasons in France

England forward Nikita Parris has joined Arsenal from Lyon, the clubs have announced.

The 27-year-old former Manchester City player is returning to the Women’s Super League after two seasons with Lyon, during which time she scored 33 goals in 53 appearances and won the 2019-20 Champions League as part of a treble.

She has netted 14 times in 52 England caps and is currently part of the Great Britain squad for this summer’s Tokyo Olympics. 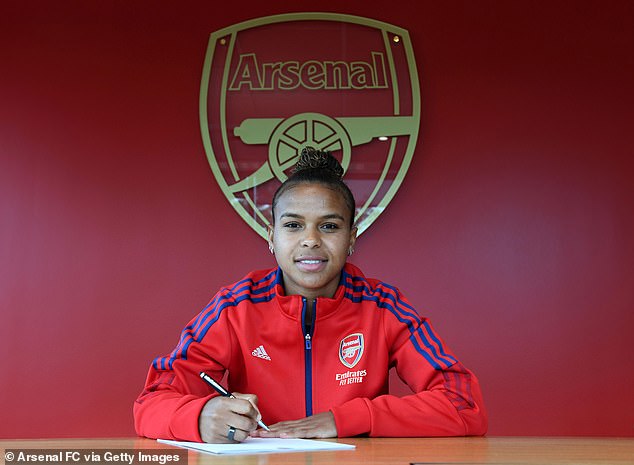 Nikita Parris has joined Arsenal from French side Lyon in a deal worth up to £86,000 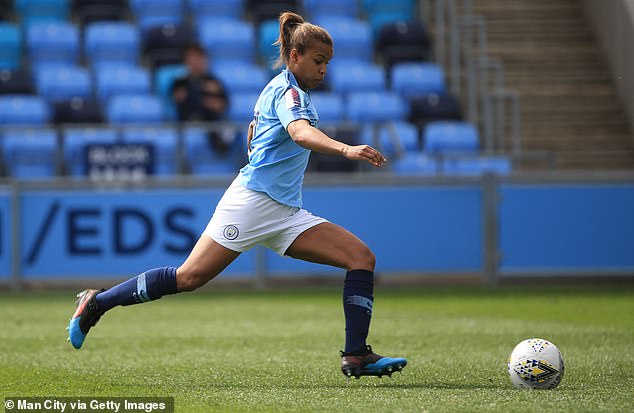 Parris said in quotes on Arsenal’s official website: ‘I’m very happy to be here, Arsenal has an unbelievable history and I want to be a part of this.

‘I want to achieve all domestic titles and compete in the Champions League here. I’m happy to be back in the WSL which has grown and improved so much since I left.’

‘She is a talented player and has a winner’s mentality and I’m looking forward to working with her once she returns from the Olympics.’ 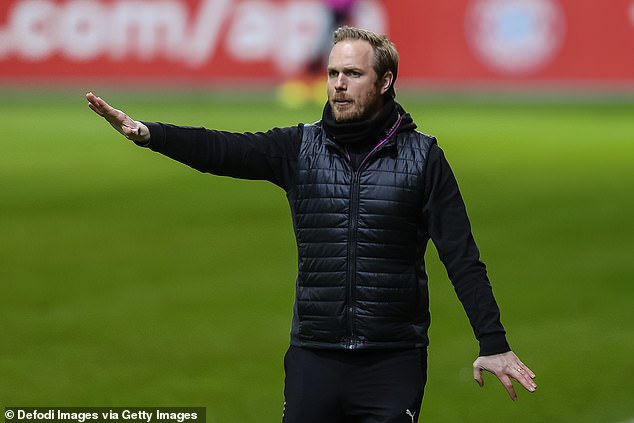 Lyon announced on their official website that Parris had moved for £69,000, which could increase to £86,000.

Prior to her switch to France, Parris was the WSL’s all-time top-scorer with 49 goals across her time with Everton and City – a total that was subsequently surpassed by Arsenal striker Vivianne Miedema.

She arrives at Arsenal with the club having finished third in the WSL last season to secure a return to the Champions League.

USA and Mexico stars brawl on the pitch and fans hurl...