The 29-year-old was named the best player in the world at the FIFA awards in December. Her career has been on the up since bursting on to the scene at the 2015 World Cup in Canada and, with 463,000 followers across her social media platforms, she has one of the largest profiles in the sport and has grown with the game.

She told Sportsmail:Â ‘I remember when I played my first senior game my mum was trying to find out the score but it wasn’t on Twitter. Now there’s recordings, replays, everyone wants to know everything about you.’ 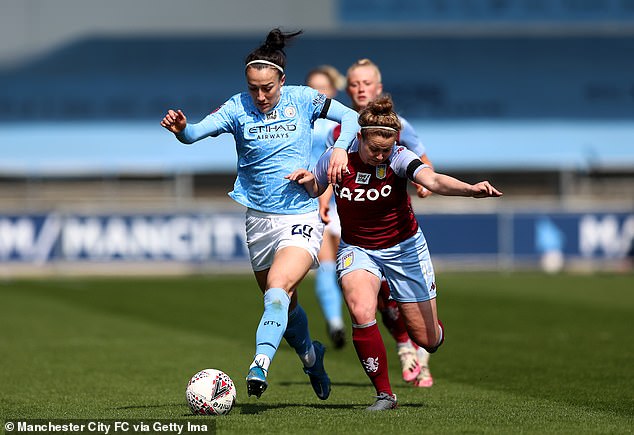 The WSL welcomed an array of big-name signings in the summer but the return of Bronze from Lyon was arguably the most exciting. One City fan even bought a shirt with her name on the back before her arrival had been confirmed.

A record Â£24million TV deal with Sky Sports and the BBC means there will be even more eyes on the league next season â€” and Bronze is likely to be at the heart of it.

‘How well-known women’s football is now, you’re opening yourself up to a bigger fan base, but a more critical fan and media base and a lot more abuse,’ she says.

‘There are people that really want that limelight but when it comes, it’s a big pressure to take on. I didn’t really aspire to have limelight and my name in writing, I just wanted to be a winner.’

And a winner she is. Her move to Lyon in 2017 led to nine pieces of silverware â€” including three Champions Leagues.

Bronze is now looking to win her second WSL trophy with City, her first since rejoining the club last summer. To do that, they must win their three remaining fixtures â€” including what has been billed as the ‘title decider’ with Chelsea on Wednesday.

Emma Hayes’ side are two points clear and are favourites to retain their crown but Bronze and City have a history of thwarting them at the final hurdle.Â

The right back was part of the Liverpool side who pipped Chelsea on the final day in 2014, with help from her current club.Â The Reds were third going into the final match, three points behind Chelsea and one behind Birmingham. Liverpool needed to win and hope both slipped up. 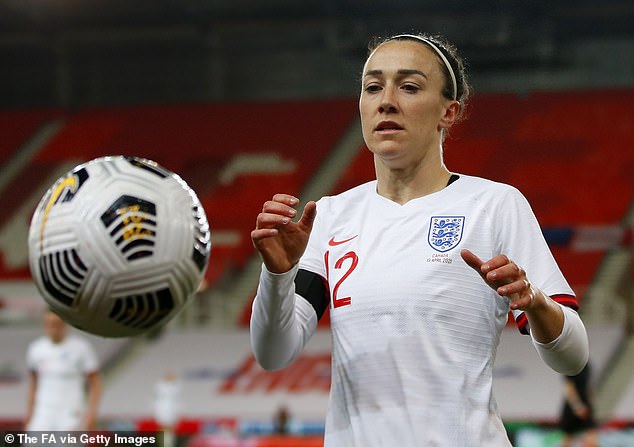 ‘I remember waking up that day because I was in a club house with some of the girls and we were all laughing saying, ‘We’ve got no chance, imagine if it happened’,’ Bronze recalls. ‘There were too many things that had to go our way.’

But it did. Chelsea were beaten 2-1 by City and Birmingham drew with Notts County.Â Bronze scored the second goal in Liverpool’s 3-0 victory over Bristol, enough to overtake Chelsea on goal difference.

‘The game finished, we heard one of the results and we were waiting on the other â€” the crowd was there telling us how long was left,’ says Bronze.

‘Then we waited for the trophy to get to Liverpool, it was at City’s ground, everyone assumed Chelsea would win. A lot of our team did too. We stood there for 40 minutes but it didn’t dampen the celebrations.’ 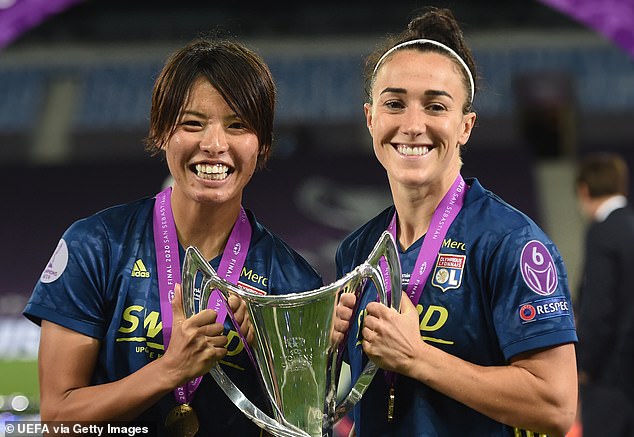 Liverpool may have been underrated but her Lyon side was anything but. Her time in France is perhaps only comparable to her experience at the University of North Carolina in America.

‘Those two environments are the best places in the world I could have been to learn those winning mindsets. The American one is brutally competitive. It was tireless for scrapping and doing whatever to win.

‘In France, people have that stereotype of wanting the best, only liking the best things and having that aura about you.’

It is the type of culture Hayes has been shaping for the last 10 years and one City want to build under Gareth Taylor. But the combination of a new manager, new arrivals and a new system saw City start the season slowly.

‘We had to learn on our feet. The first game I played, I was still trying to figure out the tactics,’ admits Bronze. ‘I was playing with Chloe Kelly and Sam Mewis for the first time, I’d only trained with them twice. We didn’t look ourselves until after Christmas.’

City have not lost in the league since their 3-1 defeat by Chelsea in October but Bronze and her team-mates face a battle to keep the Blues’ formidable attack of Fran Kirby, Sam Kerr and Pernille Harder quiet on Wednesday.

‘I play against Lauren Hemp every single day and she’s the fastest thing I’ve ever seen so we’re prepared,’ laughs Bronze.

‘We know the quality that Chelsea have but we’ve got plenty ourselves. You want to think it’s going to be the best game of football that’s been played all season, with the amount of talent that’s going to be on that pitch.’

ONEÂ – Jamaica are attempting to capitalise on Englandâ€™s baffling decision to drop Manchester Unitedâ€™s Lauren James for this monthâ€™s internationals by inviting her join them instead. The 19-year-old and her brother Reece, who plays for Chelsea, became the first brother and sister to be called up by England last November.Â

But the younger of the siblings did not make her full debut and was then dropped entirely this month. Jamaica, who have risen from 119 to 51 in the world rankings since 2017, want James to join the camp they will hold either in Bilbao or Miami from June 7-15. They would consider attracting her to be a huge coup.

TWO – With work under way at the BBC and Sky for their Womenâ€™s Super League live broadcasts next season, Kelly Somers, the BBCâ€™s highly regarded presenter, is seen as a strong candidate to front the Corporationâ€™s coverage. Somers has also impressed when fronting women and menâ€™s output for Amazon Prime and the Premier League.

THREE – The TV rights auction for next summerâ€™s home Euros is shaping up to be fiercely competitive. ITV, on the sidelines as rivals have screened WSL, are likely to be strong bidders.

FOURÂ – Coca-Colaâ€™s recently departed sponsorship chief Ricardo Fort has suggested that major sponsors may begin to sever ties with governing bodies and organisations which continue to allocate too small a share of revenue to womenâ€™s sport.Â

Fort told the Sport Unlocked podcast that half of the revenue should be going to the womenâ€™s game. â€˜As long as you look at the investment related to income (that sport makes) you are never going to achieve the growth of womenâ€™s sport,â€™ said Fort.

FIVE – Troubled Arsenal face losing Leah Williamson and Vivianne Miedema. After a season which has left their squad sceptical about the clubâ€™s levels of investment, both players are out of contract this summer.Â