Barcelona president Joan Laporta has revealed the club are getting ever closer to agreeing a deal to renew Lionel Messi’s contract.

Messi, 34, is now a free agent after both camps were unable to thrash out terms before his previous deal ran down on June 30 – although negotiations are continuing.

And, despite the lack of a breakthrough, Laporta is confident that Messi will eventually put pen to paper and commit his future to Barca once again.

Having now finally won his first ever international trophy with Argentina following the Copa America final triumph against Brazil, Messi will soon turn his attention to his uncertain club future.

With Barcelona currently consumed by an all-encompassing financial crisis, Messi has been coy over what lies ahead for him. 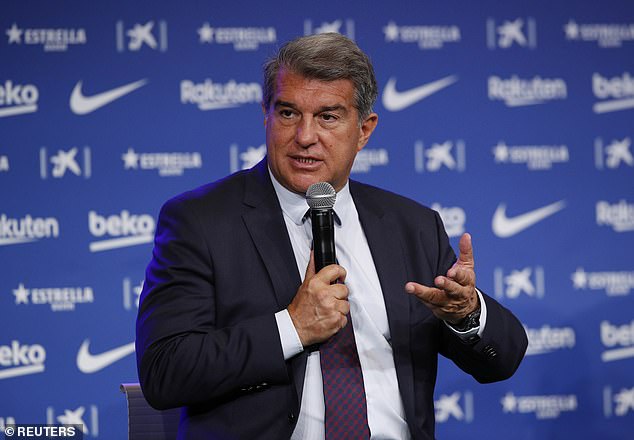 Ronald Koeman admitted recently that the dilemma is weighing on his mind, but he also expressed his belief that Laporta will be able to find a solution.

‘Whenever an issue isn’t resolved, you have to be concerned,’ Koeman told Spanish newspaper Marca at a charity golf tournament.

‘But I have full confidence in our president to fix this issue; it’s very important for the club, but also for LaLiga, that the best player in the world remains and we all have to make an effort to ensure he continues with us.’

Barcelona will have to make huge cuts to their wage bill because LaLiga has its own Financial Fair Play rules, which limit what each club can spend on salaries. 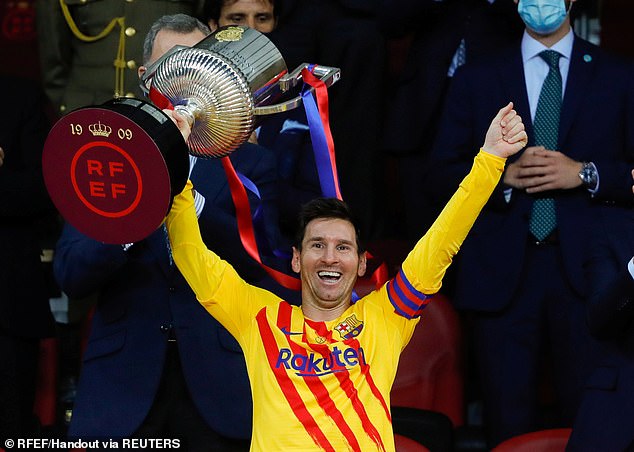 This stumbling block has been preventing Barcelona from officially tying up any loose ends concerning Messi’s new contract, meaning they will have to first fix the gaping hole in their finances to get the deal over the line. 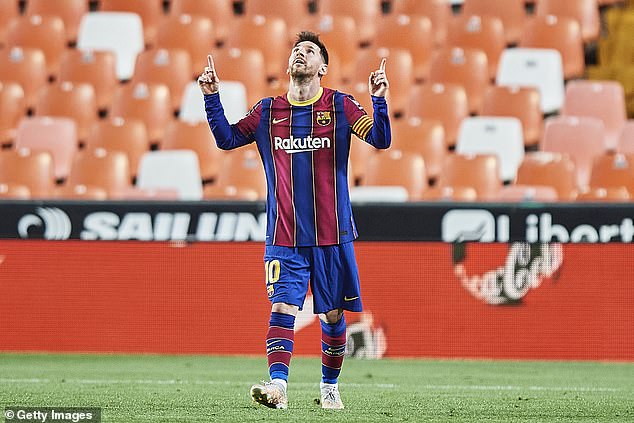 Despite Messi’s wishes to stay, Barcelona must first find a fix to their nightmare financial woes

He was previously earning €139m per year, but this figure will take a significant nosedive should he pledge his future to Barcelona once again.

For now, however, Messi will continue to celebrate his Copa America silverware, and Laporta has said the result made his club ‘cry with joy’.

‘All the Catalans, Barcelona, Catalonia and the entire football world are happy because Leo won the Copa America,’ Laporta added. 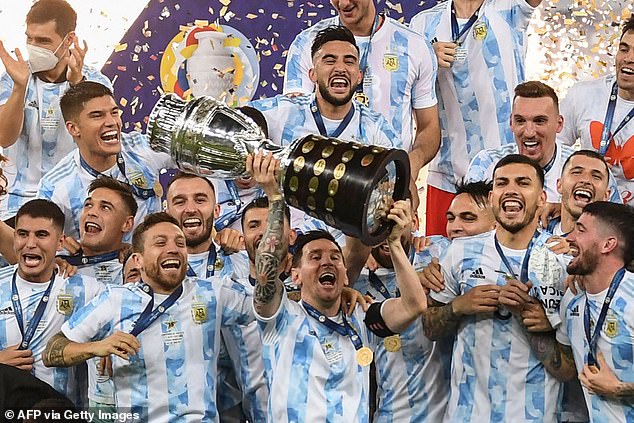 ‘It is very exciting to see the best player in football history get excited about winning a title like this and he made all of us cry with joy.

‘He is very happy, we are all happy, I am happy for Leo, together with his teammates, and that Argentina are once again in the elite – and also for [Sergio] Aguero.

‘I am happy for Messi’s family, for Argentina, for Barcelona who are recognised, admired and loved for having this bond with Leo.’

Jose Mourinho gets Roma tenure off to a flying start after...

Sergio Aguero ‘told by Barcelona he would play supplementary role’ when...