By Matt Verri For Mailonline

Chelsea have officially confirmed the signing of Lauren James in a record-breaking move from Manchester United.

The 19-year-old, sister of England and Chelsea right-back Reece, has joined in a move worth up to £200,000, which is a record between two Women’s Super League clubs.

She joins a Chelsea side that won the WSL and League Cup last season, as well as reaching the final of the Champions League where they lost to Barcelona. 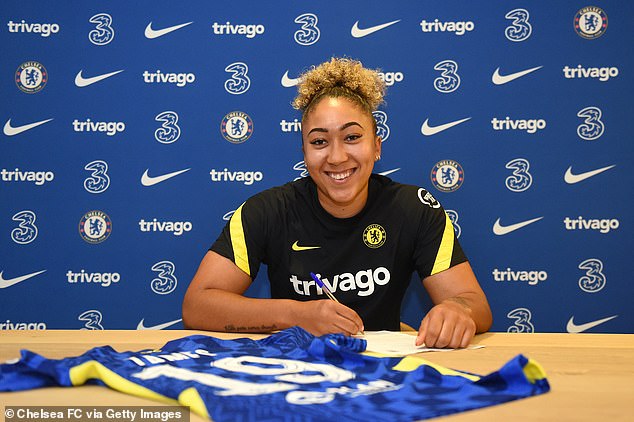 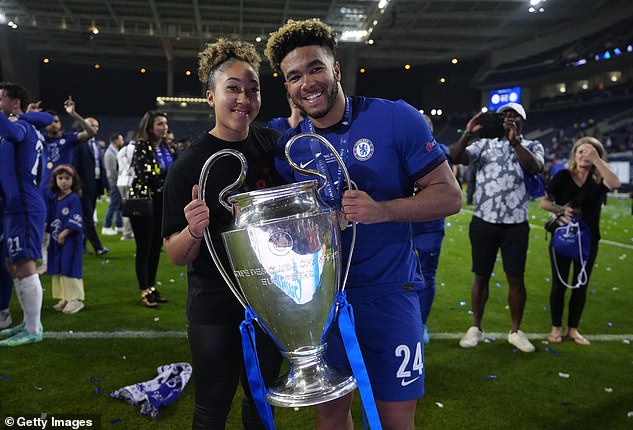 The teenager had a stint in the youth ranks at Chelsea, before making her breakthrough into first-team football at Arsenal, and spoke of her excitement after the move was confirmed.

James said: ‘It’s a great feeling to come back home, to a great club, the club I started at the age of six.

‘To be able to play for the first team now and come back here to Emma and the rest of the group is a great feeling.

‘I’m excited to get started and I can’t wait to meet all the fans at Kingsmeadow when the new season kicks in.’ 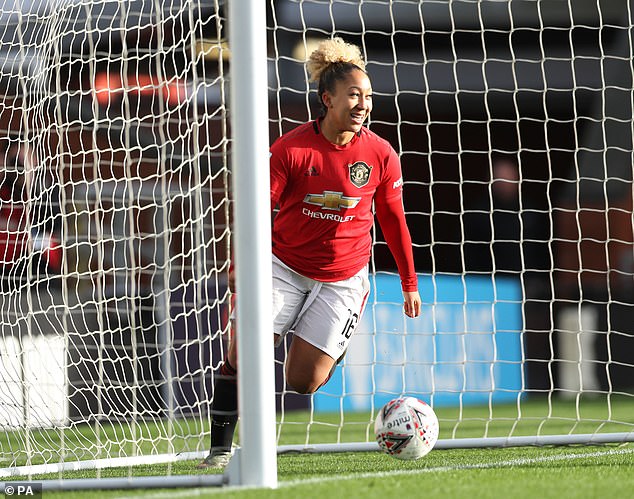 James joined United as a 16-year-old, and her goalscoring form earned her a call-up to the England senior team squad by Phil Neville last year.

She scored 14 goals in 18 league appearances to help United first get promoted to the WSL, before finishing their first season in the top-flight as the club’s top scorer.

‘Lauren is an exciting, young talent who we have admired for a while,’ Chelsea manager Emma Hayes said.

‘When the opportunity came up to sign her, we felt now was the right time to bring her back to the club.

‘We’re excited to see how she develops in the coming years and look forward to welcoming her to pre-season training.’ 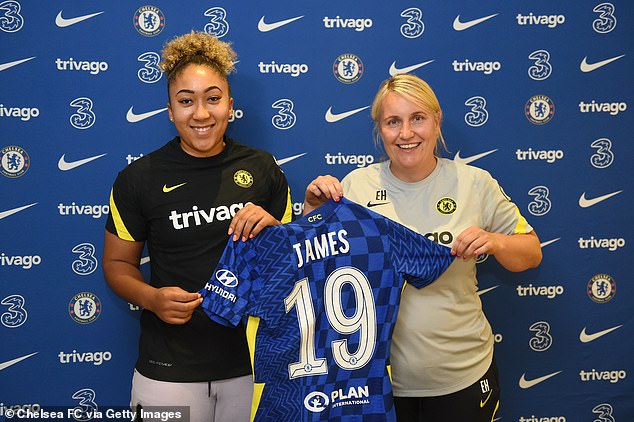