Former Wales and Hull City boss Mike Smith, the first non-Welshman to take charge of the Dragons, dies aged 83 as fans and former colleagues pay tribute to the ‘true gentleman’

By Oli Gamp For Mailonline and Pa Sport Staff

Former Wales boss Mike Smith has died at the age of 83, the Football Association of Wales has announced.

Smith, the first non-Welshman to manage the national team, led them to the quarter-finals of the 1976 European Championship, where they were controversially beaten 3-1 over two legs by Yugoslavia.

Fans and Smith’s former teams and colleagues paid tribute to Smith and hailed his accomplishments in his career.Â

A statement on the FAW’s official website said: ‘The Football Association of Wales is saddened to learn that former Cymru manager Mike Smith has passed away, aged 83. 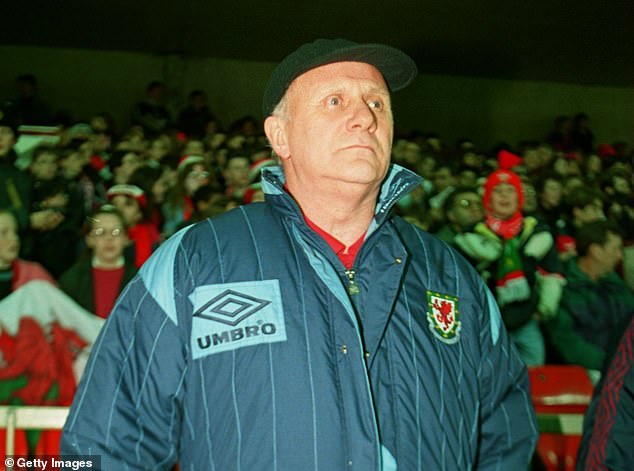 Mike Smith, former Wales and Hull City manager, has passed away at the age of 83

The Football Association of Wales is saddened to learn that former @Cymru Manager Mike Smith has passed away, aged 83.Â

The thoughts of everyone at the FAW are with Mike Smithâ€™s family and friends at this sad time.

Fortunate to play for him for a couple of seasons for Newtown U18s when he headed Mid Wales Centre of Excellence.

Invaluable experience for us young lads.

Condolences to all his family and friends.

‘The thoughts of everyone at the FAW are with Mike Smith’s family and friends at this sad time.’Â

A coach who worked with him called him ‘a true gentleman’ who leant his ‘fantastic’ advice to others coming through the game.

‘He was my Academy Manager, when I was a coach at the Wolves. He was fantastic, not just as a coach, but a human being, he helped all the coaches that were there, advice, support,encouragement, and above all, for me, a true gentleman. I was fortunate and privileged to know him. RIP.’ 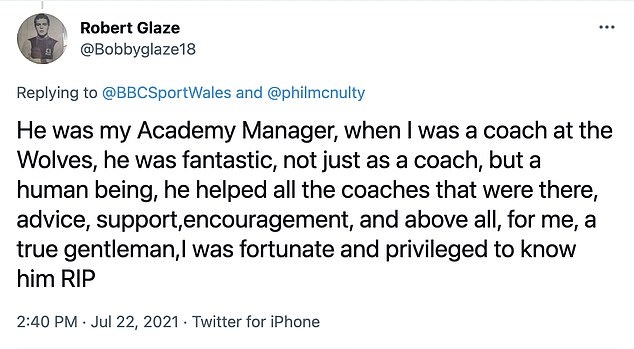 ‘Very sad news. Our thoughts are with Mikeâ€™s family and friends,’ the club said.

The Hull City Supporters Trust added: ‘The Trust are saddened to hear of the passing of former City manager Mike Smith. Our thoughts are with his friends and family at this difficult time.’ 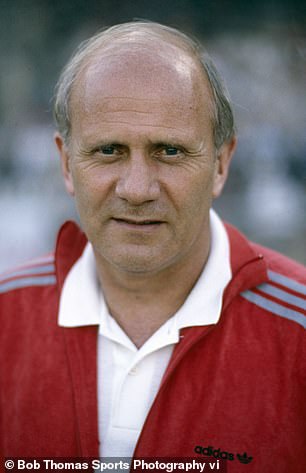 One former footballer wrote of his memories of Smith: ‘Sad news. When I was a young kid at Wolves, Iâ€™d often find a ride to Oswestry from Wrexham and Mike would help drive me to and from games because my Mum had to work, such a nice guy and great coach! RIP Mike.’Â

Englishman Smith played amateur football for Corinthian Casuals, but made his name on the other side of the fence and was appointed director of coaching for the FAW with responsibility for overseeing the development of the nation’s intermediate teams.

He replaced David Bowen as manager of the senior team in 1974 and having taken his side to the last eight in the European Championship, missed out on qualification for the 1978 World Cup finals following a 2-0 defeat by Scotland in a game played at Anfield.

Smith left his post in 1979 and subsequently took over the manager’s job at Hull, where he spent three years at the helm.

He led Egypt to African Nations Cup glory in 1986 and had a second spell in charge of Wales following John Toshack’s 48-day reign in 1994, but lasted just 16 months.Â