Kevin De Bruyne reveals he played ‘with torn ankle ligaments’ in Belgium’s Euro 2020 defeat by Italy, admitting it was ‘a miracle but I felt a responsibility’ to be fit for quarter-final loss in Munich

By Dan Ripley for MailOnline

Kevin De Bruyne has admitted he felt a ‘responsibility’ to play for Belgium despite picking up an ankle injury in the previous round as his side tumbled out of Euro 2020 on Friday night.

De Bruyne played the full 90 minutes as Belgium were edged out 2-1 by Italy in a quarter-final where the Manchester City star surprised many by being named among the starting XI.

The midfielder had picked up an ankle injury which forced him off early in the last-16 victory over Portugal, but claims Belgium’s medical staff performed miracles to get him fit enough to feature against the Azzurri. 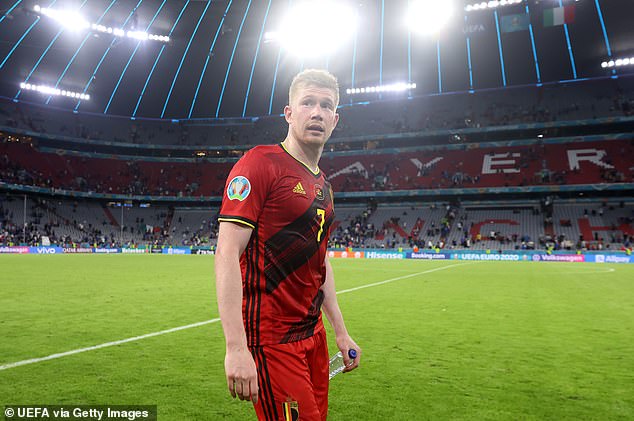 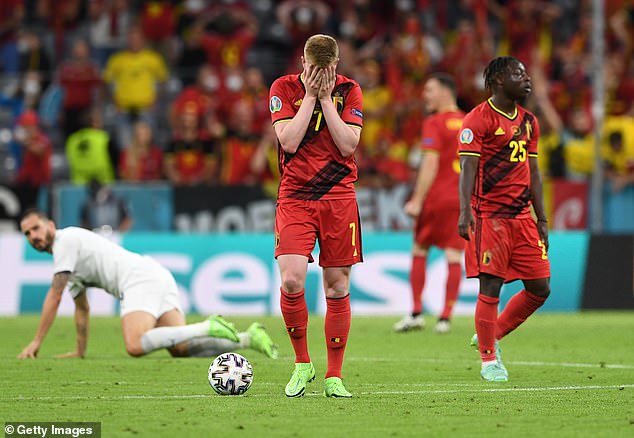 ‘For me personally it has been four or five weird weeks,’ he told UEFA after the game.

‘But I especially want to thank the medical staff. It was a miracle that I played today because there was definitely damage to my ankle. A tear in my ligaments.

‘But I felt responsibility to play for my country today. Too bad I couldn’t do more.’

Italy raced into a 2-0 lead in the first half at the Allianz Arena through goals from Nicolo Barella and a wonder strike from Lorenzo Insigne, before Romelu Lukaku’s  penalty gave the Red Devils hope prior to half-time.

Lukaku nearly produced an equaliser following an excellent low cross from De Bruyne in the second half, but Belgium couldn’t find a way through as they were left frustrated by a classy Italian side in Munich who will now play Spain in the semi-final at Wembley next Tuesday. 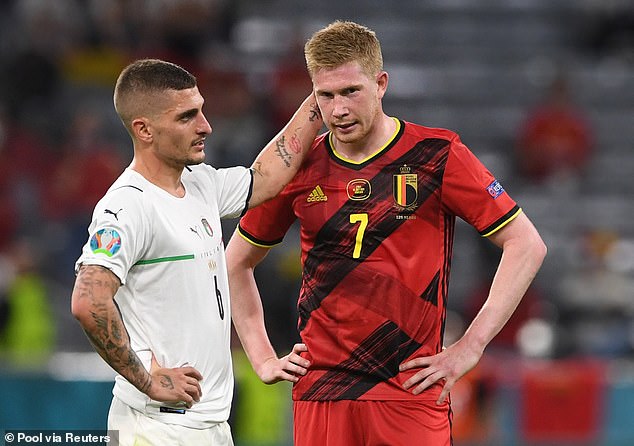 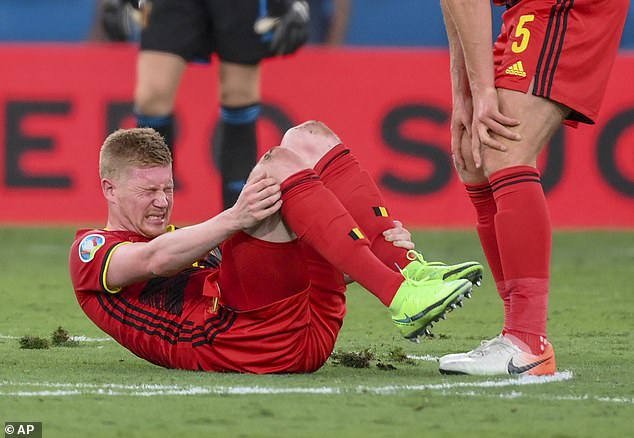 ‘I think we tried everything to win this match,’ De Bruyne added. ‘They scored a fantastic goal, but the first one may have been a mistake on our part.

‘They had more possession and the ball didn’t go in for us, which is a shame. Getting eliminated is always a disappointment.’

Belgium were without their Real Madrid winger Eden Hazard through injury and De Bruyne acknowledged that fitness issues had plagued the team’s bid to win the Euros.

‘It was a difficult tournament for us, we suffered many injuries. We fought until the end. Italy were better than us in the first half, but in the second we created more chances. We could have got it to 2-2 but we didn’t,’ he continued.

‘We lost against a top-notch team. We’ll try to win next time, at the World Cup, but first I have to recover physically. I’ve had too many (injury) problems in the last few years but I’ve always tried to give everything for the team.’ 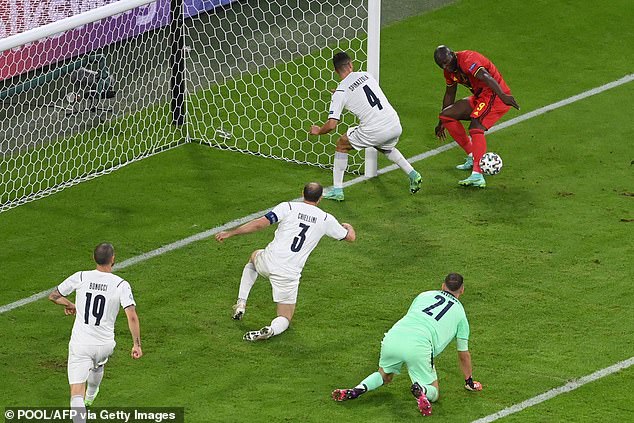 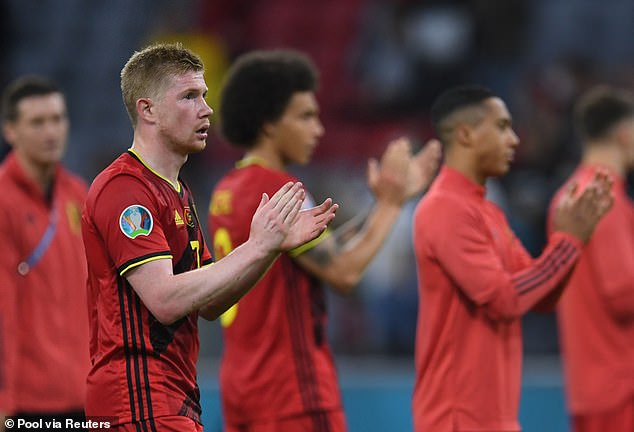 Juventus ‘are set to relaunch their move for £35million-rated Sassuolo midfielder...