Home Bundesliga Euro 2020: Jadon Sancho is about to be England’s most expensive player...

Jadon Sancho is about to be England’s most expensive player should he complete a move to Manchester United this year… so why can’t the winger get a game under Gareth Southgate?

By Adam Shafiq For The Mail On Sunday

Jadon Sancho is about to become the most expensive English player in history but that doesn’t seem to cut it with Gareth Southgate, who even left him off the subs’ bench against Croatia and didn’t see fit to send him on as England laboured to break down Scotland on Friday.

While all the domestic clamour may be for Jack Grealish, the Germans, who actually watch Sancho and rate him one of the best in the world, are looking on bemused.

Christoph Kramer, the German World Cup winner and pundit on ZDF, said that he couldn’t think of any reason why Sancho would not be playing, unless there was a disciplinary issue (which there isn’t). Bundesliga expert Raphael Honigstein tweeted: ‘A team leaving out Sancho twice must be phenomenal in attack.’ 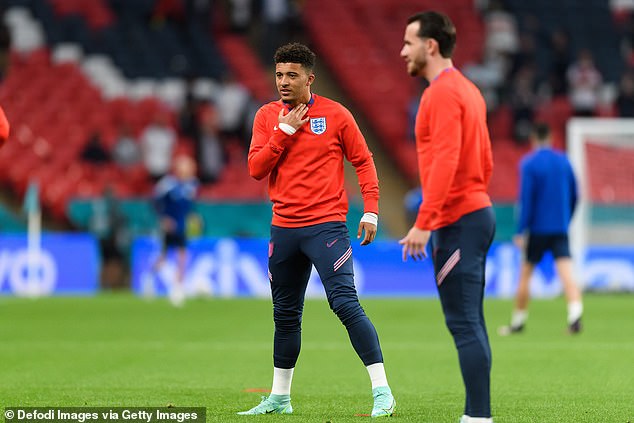 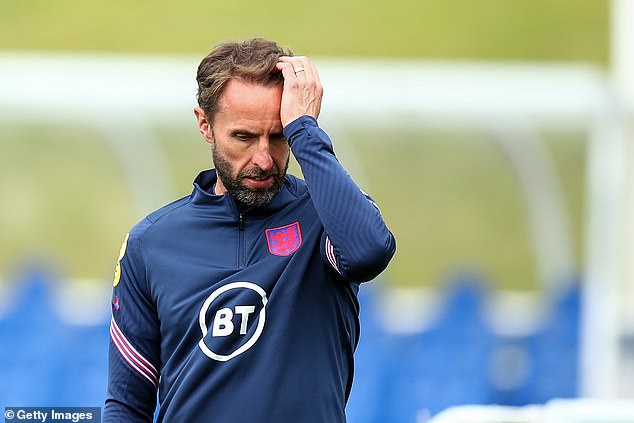 Another former pro and Bundesliga expert says that Sancho was superb after returning from injury in mid May, helping Borussia Dortmund win the German Cup and finish third.

Southgate insists he has a chance here. ‘We’ve got some explosive options — and a lot of them are young players and experiencing a big tournament for the first time,’ he said. ‘Jadon is in that mix. He’s trained well the last few days and of course we have those decisions to make.’

But pre-tournament he also cautioned against reading too much into Sancho’s Bundesliga’s stats (eight goals, 12 assists in 26 games) because the lower reaches of the German league, he said, had variable quality.

Next season there will be no doubting his stats. Sources at Dortmund suggest that a deal with Manchester United is close. The latest bid is £75million but a small increase and some judicious bonuses are expected to make him a United player before the end of the Euros and at a fee surpassing the previous record for an Englishman, the £80m United paid for Harry Maguire. 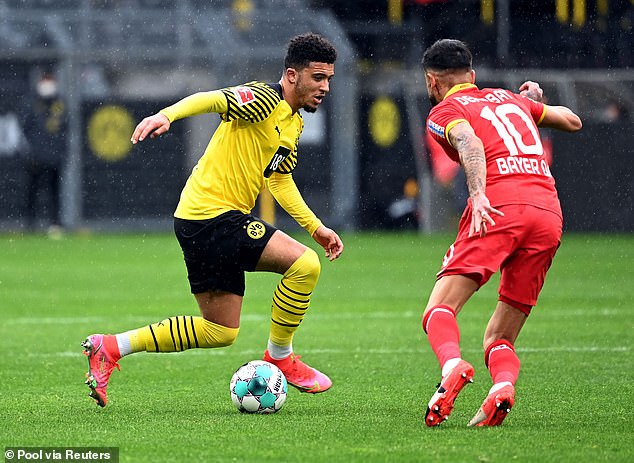 England’s lack of attacking creativity against Scotland was evident; the front three each managed just one pass leading to a shot and only 62 passes between them.

As the game wore on Phil Foden and Raheem Sterling dropped deeper for the ball and, as shown by their combined touchmap and average positions, were very inverted. England were unable to create overloads out wide as evidenced by just three crosses from their full backs, all from positions significantly deeper than the penalty area.

The only good chance England created from open play was as a result of Scott McTominay gifting the ball to Sterling on the edge of his penalty area.

In the 63rd minute, they turned to Grealish to provide the creative spark. Despite looking threatening in passages, he was unable to unlock the Scottish defence alone. 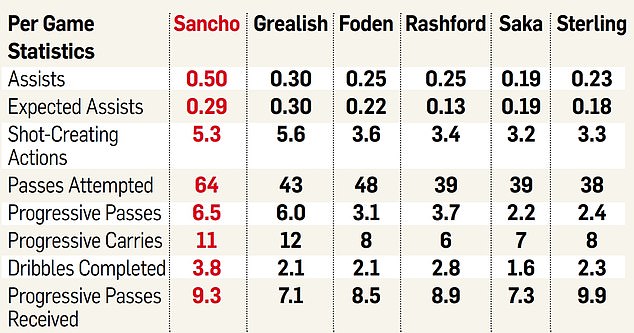 Based on stats analysing the creativity of each of England’s wingers, Sancho is most creative

Based on statistics analysing the creativity of each of England’s wingers from the past year, Sancho is clearly England’s best creative winger. An assist every other game makes Kevin De Bruyne the only Premier League player who is more regularly laying on goals for his team-mates than Sancho.

He averages over five shot-creating actions per game (passes or dribbles leading to shots), well clear of Foden, Sterling, Marcus Rashford and Bukayo Saka, as well as averaging more progressive passes (passes that move the ball towards the opponent’s goal by more than 10 yards in the opposition half) than any of England’s wingers.

Only Grealish completes more progressive carries than Sancho (where a player carries the ball towards the opponent’s goal five yards or more), with Sancho completing dribbles at a much higher rate than any of his English peers. Sancho also excels at getting on the receiving end of good attacking play, with only Sterling receiving more progressive passes per game than Sancho. 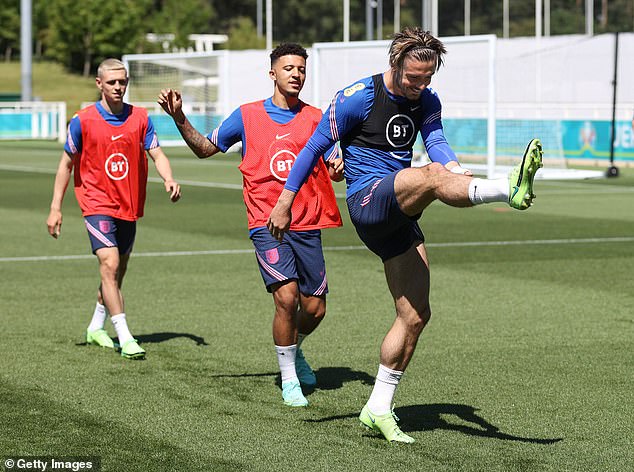 The reason why Southgate wants to start Foden is obvious. Aged only 21 and coming off the back of a breakout season, the future is incredibly bright.

However, the exact same logic applies to Sancho, who is just two months older than Foden, and in the past two seasons, has 25 league goals to Foden’s 14 and 27 league assists to Foden’s seven in just seven more appearances.

Foden is of course a fantastic player, but the numbers show that he is for now behind one of England’s two unused wingers in the tournament.

Soccer fan is arrested for throwing ‘full can of beer at...