Chris Froome described the aftermath of his horror crash at the Criterium du Dauphine as like something out of a television drama but believes he is ahead of schedule in his rehabilitation as he sets his sights on next summer’s Tour de France.

Froome’s hopes of a record-equalling fifth Tour title this year were ended in violent fashion in June when he crashed heavily during a recon ride of the time trial route of the Dauphine, suffering multiple broken bones including a fractured neck, a fractured right femur, a broken hip and fractured ribs.

The 34-year-old said he has no recollection of the crash itself and has to rely on the accounts of those who saw it, but he can recall what came next. 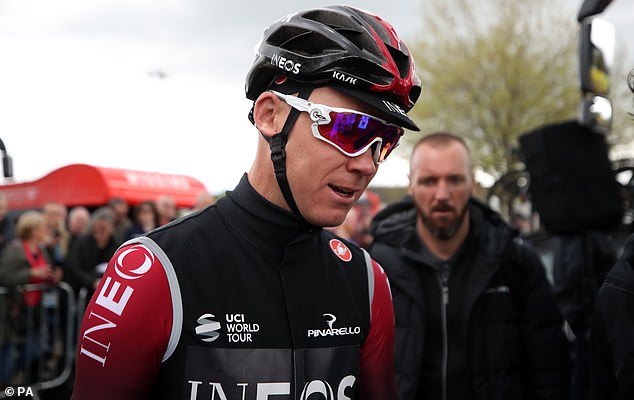 ‘I think it really was one of those freak, freak accidents,’ Froome said in a video released by Team Ineos on Saturday.

‘I can remember lying on the ground and I remember the first responders coming over to me. My coach Tim Kerrison, Gary Blem, my mechanic and Servais Knaven, my director, were all in the car behind me.

‘I think my first question was, “Can I get up? Can I get back on my bike? Am I going to be OK?” And they made it very clear that I wasn’t and I should just lie still and that I wouldn’t be carrying on with the rest of the race.

‘One of my first questions was, “Am I going to be alright for the Tour de France?” and they very quickly put that out of my mind. They obviously couldn’t give a prognosis but they said it looks like your leg is broken and your arm doesn’t look good either.

‘So no, you’re not going to be on your bike. 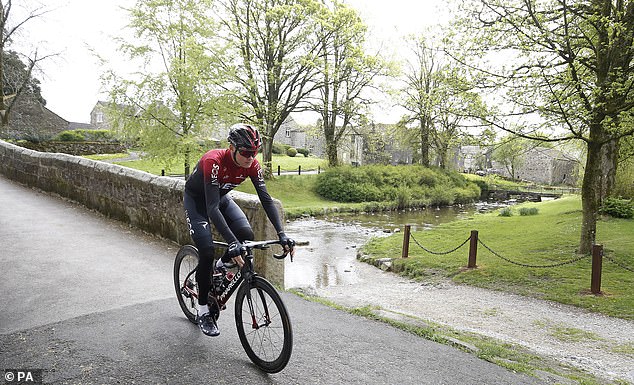 ‘I think those first few moments are the ones that really sort of hit home and I took it on board that I’m not going be racing the Tour de France this summer. It almost felt like a scene from Grey’s Anatomy or something.’

Froome was immediately taken to hospital it Saint Etienne where he underwent a lengthy operation.

‘I could barely even breathe after surgery,’ he said. ‘My lungs had been damaged by my broken ribs and my broken sternum. I was coughing up blood and was having help to breathe.

‘It was scary when I came around the morning after the operation and just felt how hopeless I was, lying in that bed. Twenty-four hours previously I was hoping to win the Criterium du Dauphine.

‘It was polar opposites. That was quite hard to come to terms with.’

But Froome said his mindset changed as soon as he was told by surgeons that he could make a 100 per cent recovery.

‘That’s all I wanted to hear at that point,’ he said. ‘From that point on, it felt like everyone was so positive.’

Froome said he is doing up to six hours of exercises a day and has been given the green light to start bearing weight on his damaged right leg. 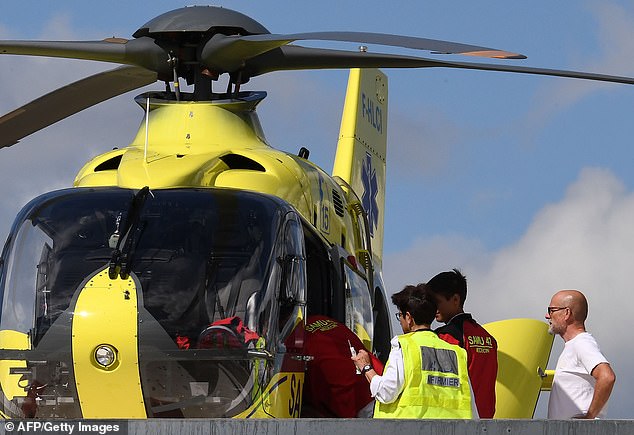 ‘I think it’s safe to say I’m ahead of all the predictions that were made initially,’ he said.

A long battle remains in front of him given the seriousness of his injuries and it remains to be seen if he can return to his previous level, but Froome is clear on his target.

‘The only goal I’ve set myself is to get back to the Tour de France next year,’ he said.

‘Week by week I set myself little goals in terms of allowing myself a bit more movement, just small goals. But for me, the underlying goal is to get to the start of the Tour de France next year in 2020 and to be at a similar or better position than I was this year.

‘That’s what’s driving me at the moment.’

July 14, 2021
Riders of the Tour de France have pleaded with fans lining the climbs to keep their masks on amid fears that their irresponsible...

Mark Cavendish set to sign new Deceuninck-Quick-Step contract for 2022 after...

Painting fans a picture from San Marino to Wembley | Inside...