By Adrian Kajumba and Daniel Davis For Mailonline

Crystal Palace are close to completing the signing of defender Marc Guehi from Chelsea.

The England Under-21 centre back is having a medical today ahead of a permanent switch to Selhurst Park.

Palace hope to have the deal finalised by the weekend and Guehi, 21, will become new manager Patrick Vieira’s second signing following last week’s arrival of Michael Olise from Reading. 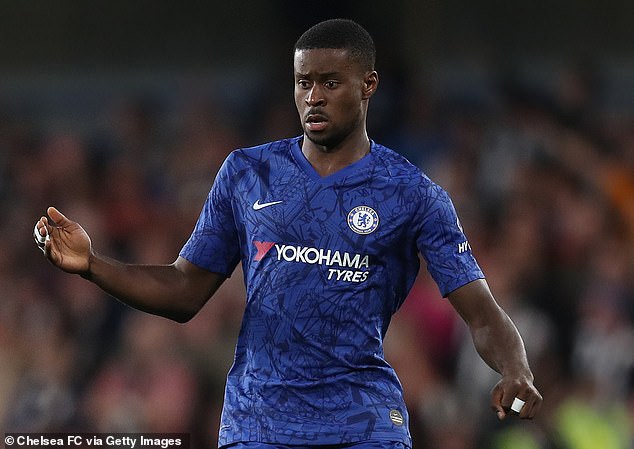 Guehi has come through Chelsea’s academy and confirmed his potential during the last 18 months which he spent on loan at Swansea, helping them reach the play-off final last season.

Chelsea were keen to keep retain Guehi but have been tempted by a Palace offer which they considered too good to turn down.

They were keen to include a buyback clause in the deal but the two clubs have settled on a matching rights option for the Blues along with a sell-on clause should he move on from Palace.

There is believed to have been a wide range of potential suitors for the highly-rated Guehi, and Palace – who were keen to sign a new centre-back – have won the race. 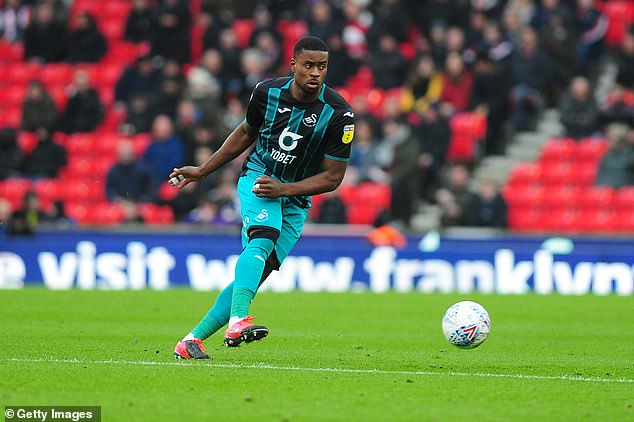 Southampton, Norwich, West Ham, Brentford and Newcastle have all been identified by The Athletic as clubs who were tracking Guehi this summer.

Meanwhile, Bayer Leverkusen, Borussia Monchengladbach and Stuttgart in the Bundesliga were also eyeing up a swoop.

However, it has also been revealed that most admirers preferred a loan deal with an option to buy, with Palace breaking the mould by seemingly splashing the cash.

He still has two more years left on his deal at Chelsea, but the decision has been made to ensure he receives regular minutes in the Premier League. 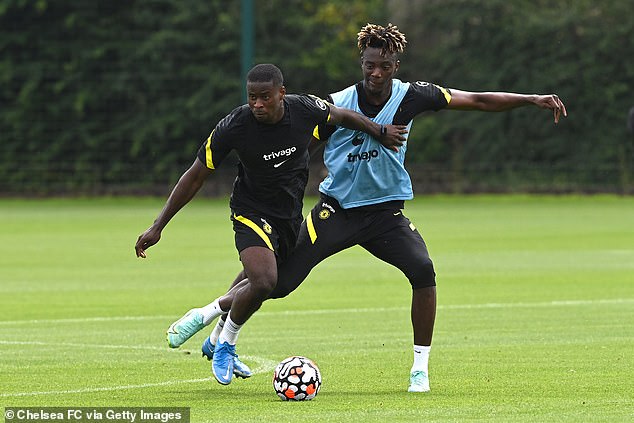 Guehi (left, pictured in training on Wednesday) has reluctantly been allowed to exit by Chelsea