The channel’s Chief News Reporter is best known to millions of football fans for his frenetic updates on transfer deadline day.

Swanson joined Sky Sports in 2003 as their North East Correspondent based in Newcastle but soon relocated to London. 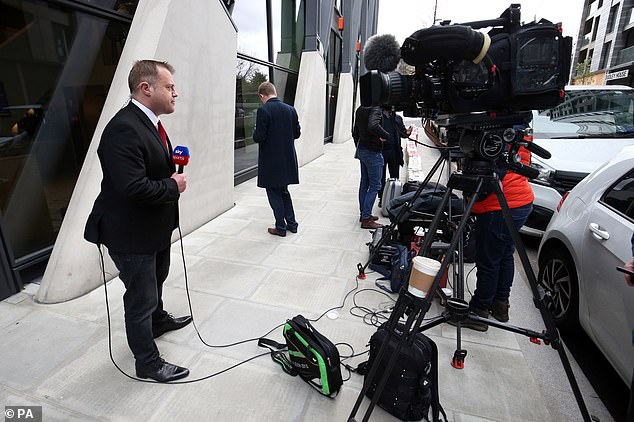 Bryan Swanson, seen reporting live for Sky Sports News last year, is set to leave the broadcaster after 18 years to take up a role as FIFA’s Director of Media Relations 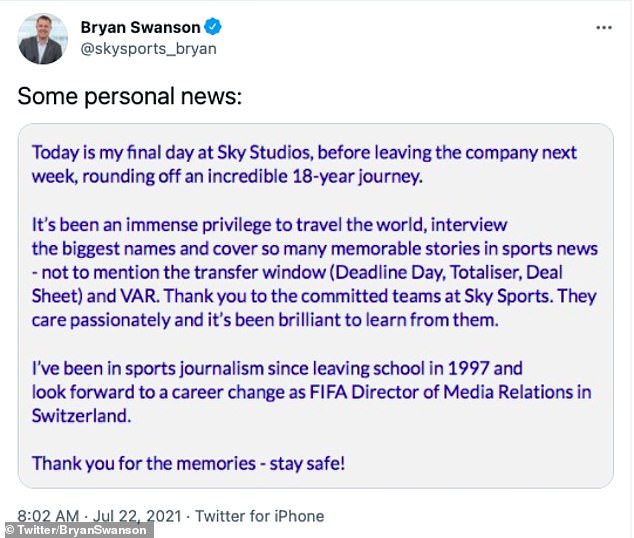 He replaced Dan Roan as Chief News Reporter in September 2008 and has since covered all manner of major breaking sports stories around the world.

Swanson posted a Twitter message on Thursday morning to confirm his departure as he moves to Switzerland to take up his new position at world football’s governing body.

He wrote: ‘Today is my final day at Sky Studios, before leaving the company next week, rounding off an incredible 18-year journey. 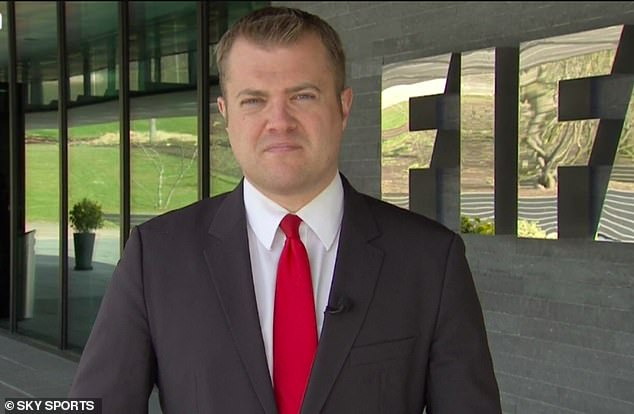 ‘It’s been an immense privilege to travel the world, interview the biggest names and cover so many memorable stories in sports news – not to mention the transfer window (Deadline Day, Totaliser, Deal Sheet) and VAR.

‘Thank you to the committed teams at Sky Sports. They care passionately and it’s been brilliant to learn from them.

‘I’ve been in sports journalism since leaving school in 1997 and look forward to a career change as FIFA Director of Media Relations in Switzerland.

‘Thank you for the memories – stay safe.’