Bayern Munich are reportedly interested in signing Sergi Roberto from Barcelona on loan this summer.

The German champions are looking to bolster their backline and new boss Julian Nagelsmann is said to have identified the Spaniard as a potential option for the right side of defence.

According to Goal, the Catalan giants would be open to sanctioning a move if the deal included an option to buy the player at the end of the loan. 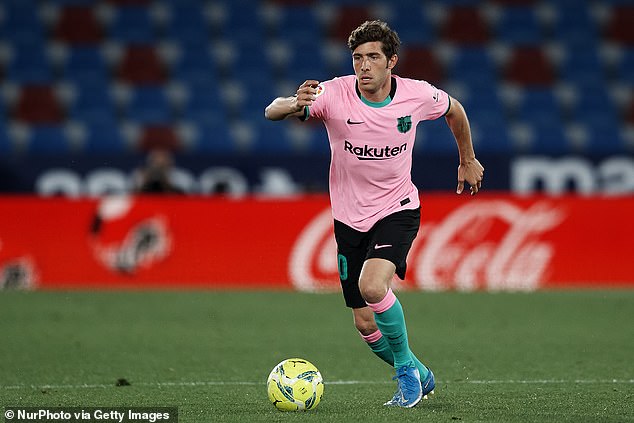 Roberto’s current deal at the Nou Camp expires next summer and a cash-strapped Barca would be unlikely to allow their academy graduate leave without a fee.

However, Barcelona are desperate to reduce their wage bill in order to sign Lionel Messi on a new deal, so the chance to clear the 29-year-old’s wages from their books appears to be on the cards.

Barca desperately need to improve their financial situation after accumulating more than £1billion in debt amid the Covid pandemic. As it stands, Barcelona need to wipe £156million from their existing wage bill. Their wage limit was £296m last year and now it’s plummeted to £136m. 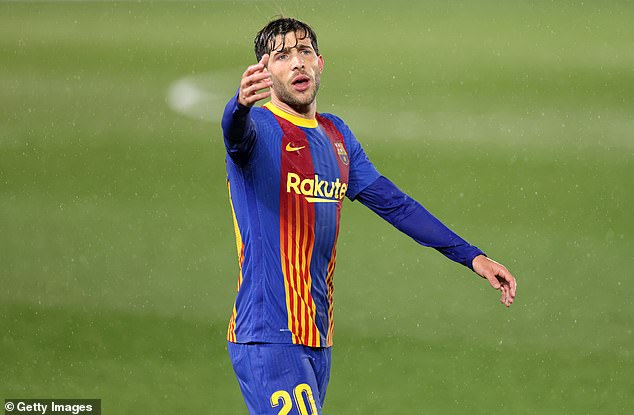 Barca would like to include an option to buy for Roberto, who is in the final year of his contract 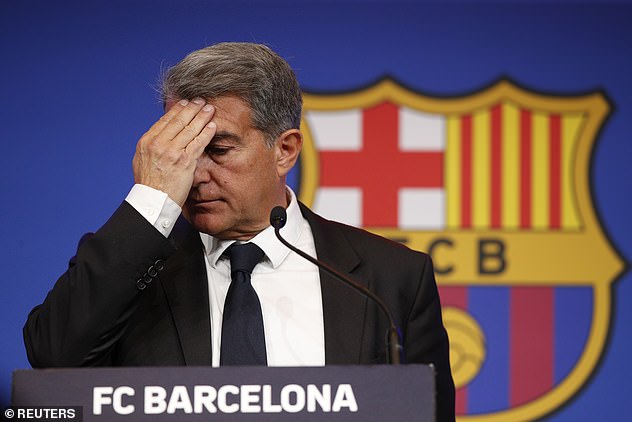 The Catalans reported a debt of £1billion in February, leaving their financial situation in ruins

They are unable to register any of their new signings, including Sergio Aguero, Memphis Depay and Eric Garcia, because they have exceeded LaLiga’s strict salary limit by 40 per cent.

Reports earlier this week suggested that the club could also be willing to allow Clement Lenglet, Sergino Dest and Samuel Umtiti to depart the club in the coming days should the right fees come in.

The financial situation has also seen the club ask players, including Roberto, to reduce their wages in order to help the club survive.

However, with Bayern now interested in taking Roberto off their hands, Barca could be willing to green light the deal. 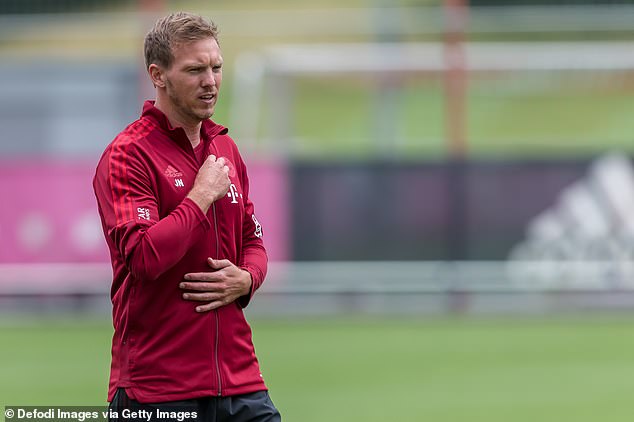 Bayern are looking to bolster their options at right back following underwhelming seasons from Benjamin Pavard and Bouna Sarr, while the German champions are also working on a shoestring budget having also been hampered financially by the pandemic.

This means Bayern will likely only make loan moves to bring players in this summer.

Roberto played just 15 games in LaLiga last season, scoring once and setting up his team-mates to score twice, but has always been a reliable option since stepping up to the senior team in 2013.

He has made over 300 appearances for his boyhood club since then.